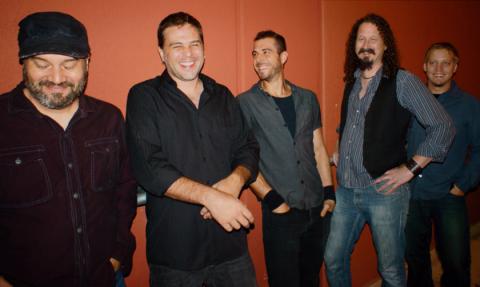 After fifteen years together at nearly 160 shows a year, this critically acclaimed band continues to forge a path all their own, pushing the boundaries of bluegrass, Americana and folk for a whole new generation of music lovers.

Cornmeal has never been a band to shy away from reinvention and after over 15 years, they are proving just that as the band sets out with a reformed lineup, fresh energetic sound and a long awaited first studio album in over 9 years. A nationally recognized live music institution, Cornmeal is heavily influenced by American roots and folk music and seamlessly blends lightning fast tempos and impeccable harmonies into an unrivaled live performance that continues to expand upon the five-piece acoustic-electric groups' vast musical repertoire. While steeped in the tradition of the past, Cornmeal continues to forge a path all their own, pushing the boundaries of bluegrass, Americana and folk for a whole new generation of music lovers. With a growing fan base and ever-evolving sound, Cornmeal challenges the recipe of bluegrass and live performance.

After many false starts the long awaited studio album, Slow Street, was released May 29th, 2015. The new record features 10 original tracks and a host of guests musicians including Anders Beck of Greensky Bluegrass on dobro. Recorded in Chicago the album clocks in at over 60 minutes of acoustic/electric landscapes and improvised jams. Balancing the energy and feel of a their one of a kind live shows with the articulation and precision of studio production, Slow Street is an album that was well worth waiting for.

With songs like Rise Above and All Things Must Change, the album pays homage to the last few years of change with a complex maturity well beyond anything we have seen from the band since their last studio release, Feet First, back in 2006. WIth masterful musicianship, a deep understanding of melody and time, and a more focused sound, Slow Street runs the gamut of the Americana sound with everything from light and delicate to gritty, deep and psychedelic.

With the release of their debut album "In The Kitchen" (2001 Livin' Live records), Cornmeal secured its place as one of the top bands in its genre. 2003's "Tales from Magic Stone Mountain" (Livin' Live records) garnered much critical attention and became a staple on College and AAA top 10 lists throughout the country. In May of 2006, Cornmeal released their third album, "Feet First", which became proof positive that Cornmeal's tenure on the road brought on an honest and mature sound. Produced by former guitarist Kris Nowak and bassist Chris Gangi, "Feet First" features a strong confidence in songwriting, musicianship and the ability of this band to stylistically ride the fence and bring it back home without missing a step.

In the beginning of 2010, Cornmeal released their first live album, "Live in Chicago, IL Vol. I" (2010 Livin' Live Records), an album that pays tribute to the fans. Towards the end of 2011, Cornmeal released the follow up, "Live in Chicago, IL Vol. II" (2011 Livin' Live Records). During this time the band went into the studio set to record their first album in over 5 years.  Self produced by bassist Chris Gangi and tracked in Chicago at the prestigious Rax Trax recording studios, the process was cut short due to lineup changes and the album was shelved. After almost a year of auditions, rehearsals and wood shedding new material the band is poised to return to the same recording space to finish the album polishing the old material and setting forward with a new sound, new songs and a fresh perspective on the future.

While playing a blend of high profile venues, jam-band and bluegrass festivals to thousands nationally, Cornmeal has been a main stage act at some of the most renowned festivals in the country. These festivals include Telluride Bluegrass Festival, Magnolia Fest, Wakarusa Music Festival, and Summer Camp Music Festival as well as having performed on multiple stages at Bonnaroo, All Good Music Festival, High Sierra Music Festival, 10K Lakes, and many others. They pride themselves on the energy they put forth each night creating an unrivalled live performance that continues to shape itself into an energetic one of a kind experience. "Live in Chicago, IL Vol. I & II" prove that Cornmeal continues to be a band to watch out for. Every show they play is a unique experience that leaves fans begging for more. 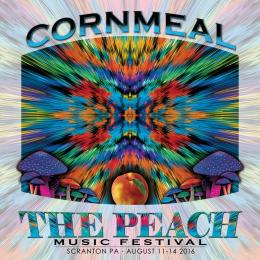 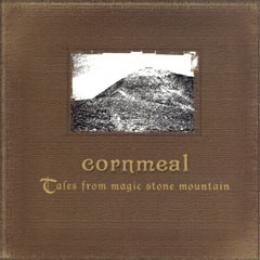 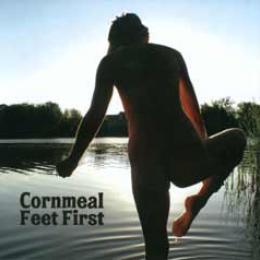 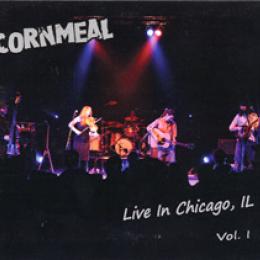 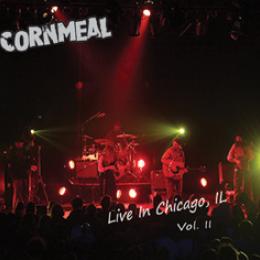 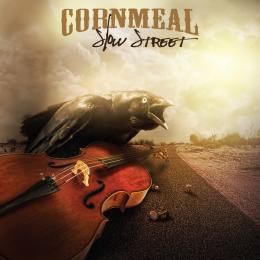