Particle will be joined by original guitarist, Charlie Hitchcock.

On December 30th, Quactus will join Particle at Winston's Beach Club in San Diego, CA close out 2010 and the 10 Year Anniversary of Particle.  Joining Particle for the show will be their original guitarist, Charlie Hitchcock.  Hitchcock's signature guitar sounds have thrilled Particle fans during the fall tour.

"We helped Particle kick off the 10 Year Anniversary Tour at Winston's this year and we're looking forward to ending the year with them at the same place," said Quactus bass player, Greg Zachan.  "We have an exciting 2011 planned."

Quactus has been touring this fall in support of their August release, A Sense of We.  For the album, Quactus called upon Mike Mangan of Big Organ Trio and Particle's master of the keys, Steve Molitz to add Hammond B3 and keyboard accents to two of the albums tracks.  Shortly before the release, Relix Magazine named the first track off the album, "At Ease," as "Editors Pick of the Month" in their April-May 2010 issue.

"Equal parts Phish and a soaring momentum all their own--the quartet plays with a focused abandon that is quite enchanting."  -Randy Ray, Jambands.com on Quactus.

Particle has welcomed back original guitarist Charlie Hitchcock this year for their 10 Year Anniversary Tour.  This was the first time in five years that Hitchcock has joined the band on tour, and fans have enjoyed all the Particle classics, as well as new material.

Since creating their signature high-energy Funktronic Rock sound in Los Angeles in October of 2000, Particle has played thousands of concerts in eight different countries, and has collaborated with other musicians ranging from Robby Krieger (The Doors) to Groove Armada. Their 2004 debut album Launchpad (featuring Hitchcock) was produced by Tom Rothrock (Beck, Moby), and was voted one of the top 10 albums that year by the Associated Press. 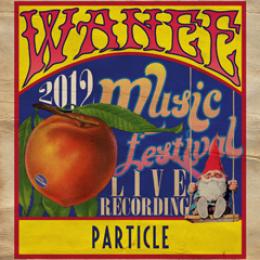 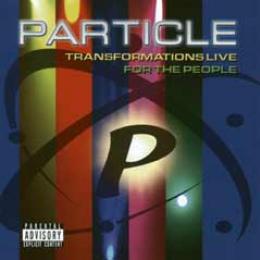 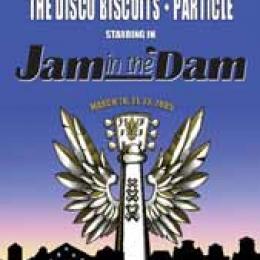 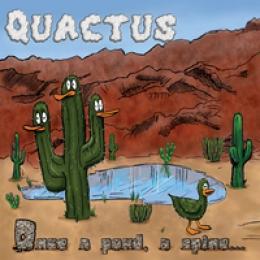