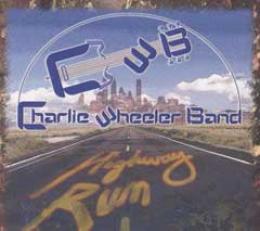 $12.00
Fate works in strange ways. Sometimes, when the stars line up just right, and luck is in one's favor, amazing things can happen. This might be the best way to describe the conception of Western Pennsylvania's Charlie Wheeler Band.

When guitarist and songwriter Charlie Wheeler decided it was time to "make a proper recording," he enlisted the help of the very talented producer, engineer and keyboardist Anthony Brown at the AllSound Group Studios in Warren, PA. "Anthony helped me assemble the right mix of players to get this project going" states Wheeler. Brown's first call was to longtime collaborator and good friend Greek Cheronis (vocals/harmonicas). It took Brown about 2 minutes to convince Cheronis to join the project. Greek arrived at the studio about fifteen minutes later, unannounced and all fired up! Thus began the Charlie Wheeler Band.

A combination of the hottest and most talented musicians between Jamestown, NY, Warren, PA and Ridgway, PA, CWB was created in 2007. Originally assembled as a studio band, the band became energized during the recording of their debut CD, Highway Run, and employed the doctrine used by the old masters of rock; high quality vocals, rippin' guitar leads and lyrics you can relate to. With the addition of Fuzzy Roselli on Rhythm Guitar, John Rutherford on the Bass and Mike Dreier, the pieces all fit together.

"What happened to the guitar solo, the sax solo, the piano solo, the instrumentation?" Wheeler asks, directing the question towards today's popular music. "Isn't playing your instrument to your fullest potential one of those bedrock principles that rock n' roll was founded upon?" CWB plays a variety of styles on Highway Run, including straight ahead blues/riff based rock to rockabilly to some sweet monster power ballads. 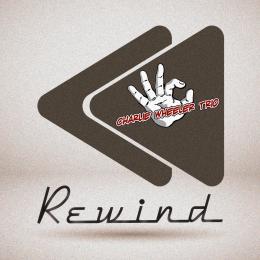 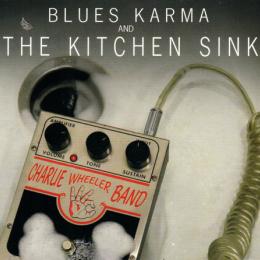