An Interview with Three Legged Fox

Three Legged Fox (3LF) is a four-piece band from Philadelphia. I sat down to talk with the foursome before a recent show in Albany, NY. 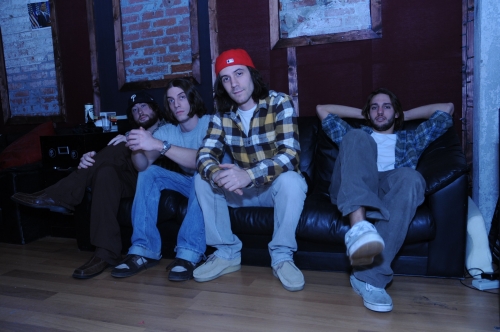 HGMN:  For those readers that aren't familiar with the origins of the band, can you tell us about how and where you all met?

Mike:  Me and Eric went to school at the University of Delaware. We kind of all met through a mutual friend.

HGMN:  Were any of you involved with bands before 3LF? 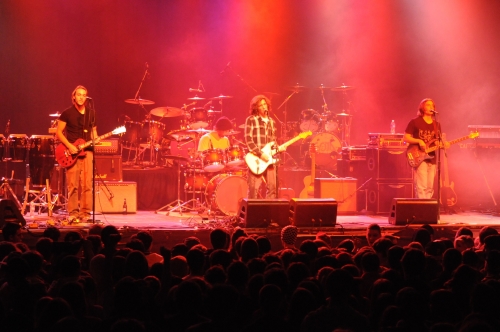 Mike:  This was like my first real band I've ever been in.

Kory:  I did like the whole school band thing...

HGMN:  You mean garage bands and stuff like that?

Kory:  No, no, I mean like a marching band (laughing), literally in a school band!

Kyle:  I played trumpet for like nine years but that's really it.

Eric:  I did the whole garage band scene for a couple years.

HGMN:  Tell me about competing and winning the University of Delaware battle of the bands.

Kyle:  Our old drummer/manager actually set that up. This was before we had like any original songs or anything.

Mike:  We actually wrote a song that day, "Move On" from our first album, and played it a few hours later at the battle of the bands.

Kyle:  Yeah, this was only like three or four weeks after we all met each other.

HGMN:  So the chemistry was there like right away? 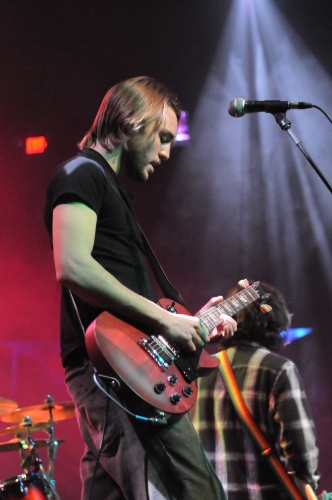 Mike:  Yeah, I think it clicked right away. We were all just excited to play music.

HGMN:  So that was April of 2006. This is the three year anniversary of throwing the band together and winning the battle of the bands. Does that seem like forever ago or just like yesterday?

Kyle:  We consider our anniversary as May 2006 because that's when Kory joined the band. After battle of the bands, that night I called Kory, because we went to high school together and use to jam in my basement, and told him, "dude, I'm in a band, like a real band. We just won battle of the bands and now we're gonna open for Jeffrey Gaines." And he was like, "oh man, that's bullshit" (laughing).

Kory:  Yeah, I was down at the University of Maryland doing crappy, I hated it.  That's all I needed to hear. Not long after that I was with the band.  Thankfully my parents were real supportive and they still are. So yeah, it worked out great.

Kyle:  So the four of us got together in May of '06 so that's what we consider the beginning of the band.

Kory:  It's a little nerve racking, man, cause at 3 years you really need to have your shit together. You better know where you're headed.

HGMN:  And do you know where you're headed?

Kory:  Yeah, we think so. It's getting really good. It's starting to get really fun.  Every single show we've played so far this year, we've had good crowds come out to see us. 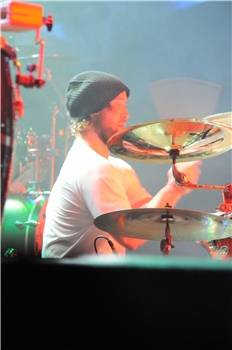 Kory:  Yeah, this summer we want to do as much traveling as possible.  Everyone is done with school and we're ready to go.

HGMN:  So 'til now you've only been the opening act. Will you be trying to do your own thing now, headlining your own shows?

Kory:  Yeah, we're trying. The idea was to release "Not as Far" and then hit the road to push the CD.

Kyle:  Or maybe try to hook up with a bigger name band for a leg of their tour.  Make a long run. The thing is, now we're actually opening for bands we want to open for (laughing), bands we would've died to open for a few years ago.

HGMN:  You guys use a set list when you're on the road?

Kory:  Yeah. We didn't when we started but for like the last year and a half we don't go up there without a set list. We don't really like when other bands are like, "what now, what's next?" We try to avoid that situation. So yeah, we try to stick to the list unless we're like fighting the crowd and we feel like something else might fit. Something better to hold the room. I think sticking to a set list just make you feel like you know what you're doing.

HGMN:  So tell me about making your latest CD, "Not as Far".

Kory:  It was like 2 years in the making. Like the first record was done while we were still meeting each other. We started in the spring of '06 and by the summer of '06 it was done. It was done in a basement with no budget.

Mike:  These guys did a ton of writing for the album. 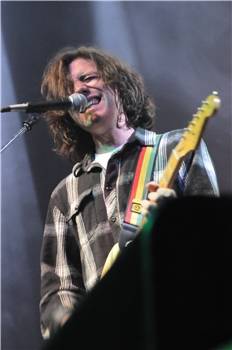 HGMN:  So you had a lot of music written before making this record?

Kory:  No, actually we recorded like a few days after the songs were written.

Kyle:  We would write a song or 2 and then record it to see what it sounded like.

Mike:  There are a few older songs on the album.

Kory:  Yeah, like the song "Back Again" was written just a few months after our first record came out.

HGMN:  When you look back at those older songs, do you think you're style of music has changed at all?

Kory:  It's changed a good bit. It's a little more "popish" now.

HGMN:  Is that on purpose?

Kory:  Actually, yeah, you know that's true. We don't run from that. We enjoy playing pop/reggae music. We like the whole under 4 1/2 minutes and all that. We're in this business to go somewhere. We're not gonna run away from it.

Kyle:  We want to do this forever.

HGMN:  So Kory and Kyle, you guys wrote most of the songs?

Kyle:  Yeah, we wrote like the basic song part of it, the lyrics, then we would just kick it around 'til it sounded how we wanted it.

Kory:  But it would eventually come back to the four of us. When we thought it we would bring it back to the rehearsal space. Everyone has input, it's not like you'll play this and you'll play this. When it's over, it's definitely a collective piece of work .

HGMN:  "Easier Way" sounds like it's about current events, violence, gangs, etc. Did you write "Easier Way" recently or was it an older song?

Mike:  We were actually tentative about putting that on the album.

Kyle:  That opening guitar riff I actually wrote in high school. Basically the entire song was written around that riff.

Kory:  So, yeah, that song was written from a bunch of newspaper headlines, "Kids killing cops, cops killing kids". And then even after they were written, they keep playing out on the news and everything.

HGMN:  Is there an overall message you try to deliver to your listeners?

Kory:  We tried to keep the underlying of 'Not as Far' uplifting and positive. Ya know, like try to better yourself. There's a lot of politically driven music where everyone wants to point a finger. You should look at yourself first, ya know what I mean? That's what "Not as Far" and "I Believe" is about. I guess that would be the common theme.

Kory:  We just want to thank everyone that comes out to listen to us and supports the band and our music. 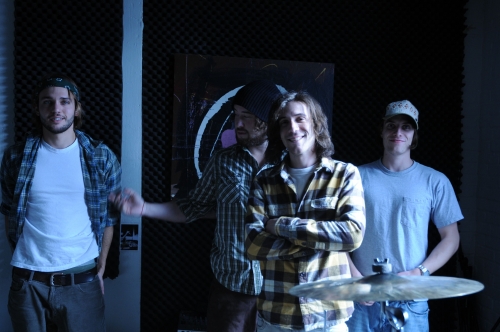 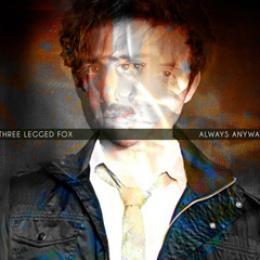 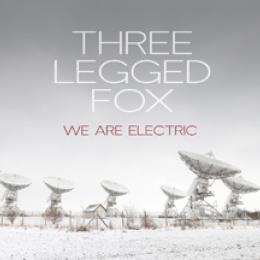 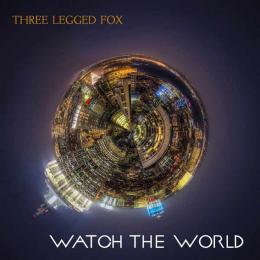