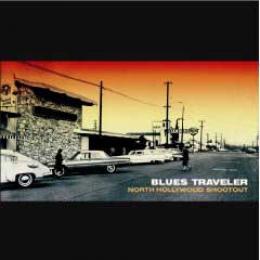 $15.99
It's not every band that's still staking out new musical territory and embracing fresh challenges more than 20 years into their career, but that's the case with Blues Traveler. Having long ago graduated from the jam-band underground to mainstream stardom, the iconoclastic combo has consistently stuck to its guns and played by its own rules.

For their new release (and Verve Forecast debut) North Hollywood Shootout, the quintet ventured out of their creative comfort zone to explore some adventurous new horizons. The resulting album is a landmark in Blues Traveler's large and widely loved body of work, demonstrating the enduring strengths of the band's songwriting while capturing the spontaneous spirit of their legendary live shows.

North Hollywood Shootout -- produced by Grammy-winner David Bianco, whose diverse resume includes work with the likes of Tom Petty and the Heartbreakers, Ozzy Osbourne, Mick Jagger and Teenage Fanclub -- makes a strong case for Blues Traveler's timelessly vital writing and performing abilities. Such memorable tunes as the uplifting road-trip anthem "You, Me and Everything," the playfully romantic "Love Does" and the elegant, evocative "Orange in the Sun" boast infectious melodic hooks while showcasing the interactive instrumental chemistry that originally endeared the band to its rabidly devoted fan base.

The new material also makes a strong case for the introspective side that's always been a key element of lyricist Popper's persona. The heart-tugging lyrics of the opening track "Forever Owed" were inspired by the singer's recent USO trip to Afghanistan and Iraq, while the poignant "Borrowed Time" is a bittersweet meditation on mortality and transience, inspired both by the recent passing of bandmates Chan and Tad Kinchla's father, and by Popper's feelings for his beloved and aging dog. The album's biggest sonic curveball is its closing track, "Free Willis, Ruminations from Behind Uncle Bob's Machine Shop." The six-minute spoken-word sound collage finds the band jamming over an insistent drumbeat, while actor Bruce Willis, a longtime fan and friend, delivers a colorful freeform monologue/rant.

"Free Willis" is a particularly aggressive embodiment of the creative risks that the ever-restless quintet took in writing and recording North Hollywood Shootout. Rather than fall back on established routines, the musicians challenged themselves by adopting some new working methods.

North Hollywood Shootout also found the band ceding more authority to Popper to create melodies to carry his lyrics. "The main thing that we wanted to emphasize on this record was melody, and I think that that aspect of it turned out really well," Popper states. "The guys took a real risk in trusting me to run with that."

Their knack for evolving musically has been a hallmark of Blues Traveler's output ever since the group's four founding members -- John and Chan plus bassist Bobby Sheehan and drummer Brendan Hill -- began playing together as high school friends in Princeton, New Jersey. The musicians moved to New York City after graduating, and Blues Traveler quickly earned a local reputation for its high-energy, heavily improvisational live shows, with Popper's soulful singing and flamboyant harp-blowing matched by Kinchla's inventive combustible guitar work and the rhythm section's propulsive punch. Their inspired performances placed Blues Traveler at the forefront of an emerging movement of rootsy jam bands, a vibrant community that also produced Phish and the Spin Doctors. Blues Traveler soon took to the road and won a reputation as a tireless touring act, winning a fan base up and down the East Coast before they'd even released an album.

As their history demonstrates and North Hollywood Shootout confirms, Blues Traveler have consistently managed to avoid stagnation and continue moving forward. "It's unavoidable that if you're around long enough, you're gonna fall into ruts," Popper reflects, adding, "We've been in several over the years, but you fight through that and you overcome it. We were little kids when we started, and we approached this like little kids, and I think we've held onto that. We've made mistakes, but we've never allowed ourselves to do anything that we'd be embarrassed about now."

1. Forever Owed
2. You, Me And Everything
3. Love Does
4. Borrowed Time
5. Beacons, The
6. Orange In The Sun
7. What Remains
8. How You Remember It
9. Queen Of Sarajevo, The
10. Free Willis (Ruminations From Behind Uncle Bob's Machine Shop) 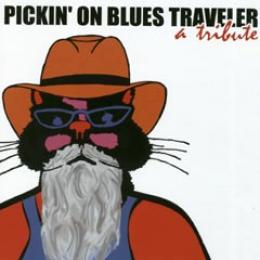 Pickin' On Blues Traveler: A Bluegrass Tribute
$15.00
Add to cart 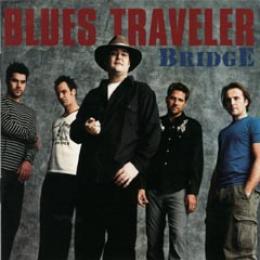 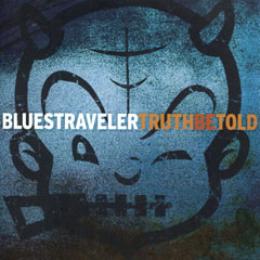 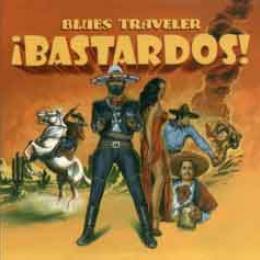