Umphrey’s McGee just slayed it for two nights at the US Cellular Center in Asheville, North Carolina.

I'm privileged to have been a part of celebrating their 20 years together and hearing some of their latest studio album 'It's Not Us.' Ump aren't partying alone though. In Asheville, Marcus King Band opened up both nights, and the after show was delivered by Chicago-based Mungion in a separate venue just down the street. Both Marcus King Band and Mungion are on a course to go far in the music world. If you haven't already, you better see them soon! You will NOT be disappointed.

Let me tell you more about Marcus King. The guy is young (21 years old), but that does not mean he lacks what it takes to deliver some prodigious music. These two shows in Asheville were my first times seeing him live, and before I arrived, I had heard great things about him. A week before the Asheville stop, he had already sold out a venue in my hometown, so I knew going into it, it's gonna be good. And it was. 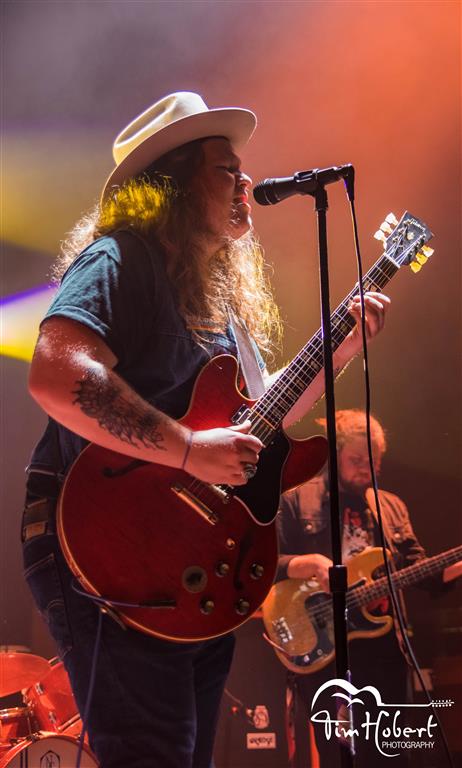 Just looking at the guy, I got the feeling he's going to sound like a gem. His style was representative of Southern Rock with a heavy touch of the Blues. On the outside he looks like a member of Lynyrd Skynyrd, wearing a stunning brimmed hat. Then, when King opened his mouth, I heard a voice like that of a younger Warren Haynes. The way King controlled his guitar reminded me of Dickey Betts. Yeah I know, it's hard to mimic the Allman Brothers' sound, but King can do it, and do it well. Some say that only Derek Trucks had so much talent at such a young age. Well, King delivered with that young talent too.

Marcus King shared the stage with a gifted band as well. King's band is tight. 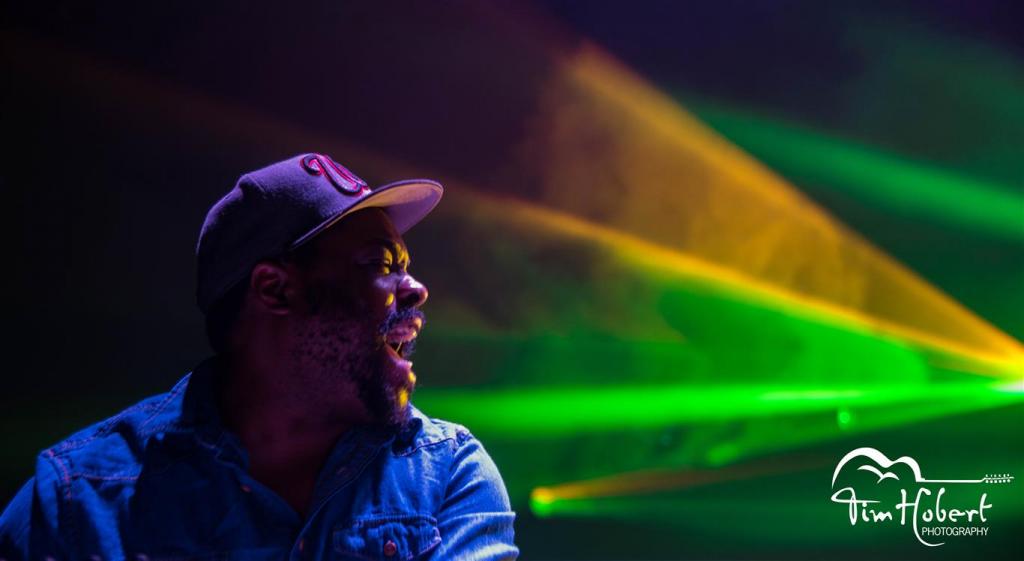 Those guys didn't miss a note on either night. After each song's build up and drive, I found myself smiling, and warm with pleasure. And the complete stranger next to me had the same look. And the person next to them. King was satisfying my desires for some good ole Southern Comfort. From the upper seats, it was glorious to look down and hear the horns blasting out, driving it right into my soul, as well as those around me. King's tone in his voice filled the place with a sultry comfort, and you just knew that his long raspy notes were going to lead into some deep guitar solos. I wondered where King could have learned to play with so much heart and soul. Then it became clear after Marcus' father Marvin briefly joined the band on Saturday night, and gave the audience a lesson with his guitar. Being in Asheville, the band was traveling close to King's Greenville, South Carolina home. They provided a new track called, "Home Sick," which I haven't heard anywhere else until Saturday night. Like I said before, make it a priority to get out and see the Marcus King Band. Those guys will be headlining their own tour soon. 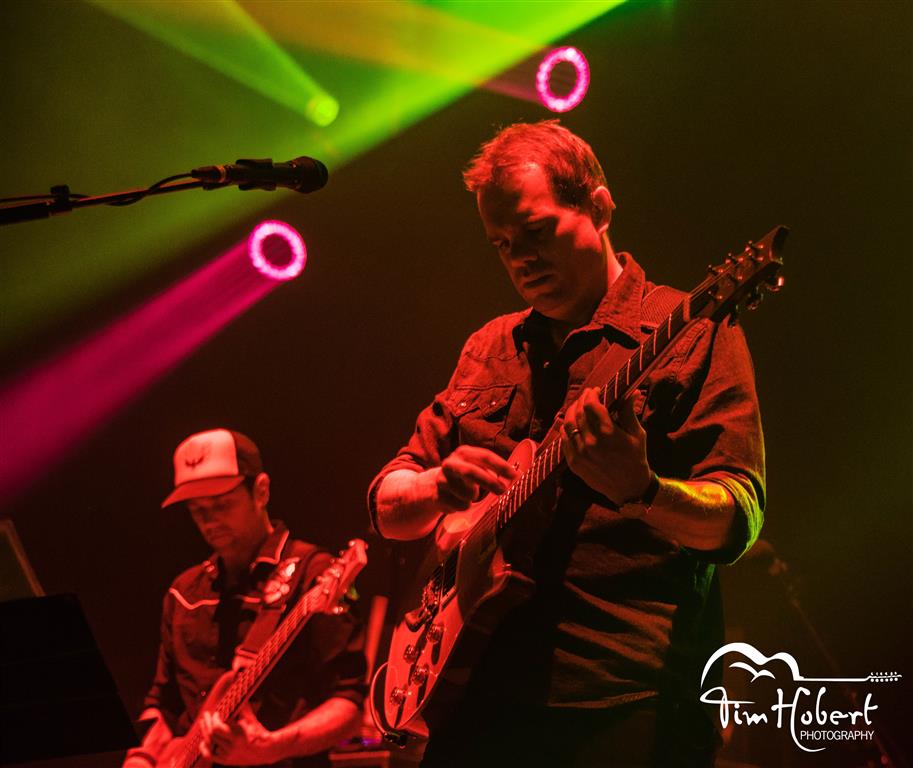 Umphrey's McGee was nothing short of magnificent. I found out that some of the band's family were there, right up front, taking in some of the greatest live music to ever hit Asheville. Friday night's crowd grew and grew as Marcus King was wrapping it up, and the Ump dance party was about to begin. I took a few steps back to hang with some local friends while the band was setting the mood. Jake's guitar started it off with some funk and groovy riffs. I told my friends that if James Brown was here tonight, he would be quite pleased with what he'd be hearing, and letting us all know just how to boogie to it.

There was something else special for me this weekend. Just being in Asheville, took me deep into old feelings and unlocked memories of times past when I barely survived living in Asheville. Soon, one song would change it all. The emotional rollercoaster I was on slowly dissipated during 'Cemetery Walk.' I finally got away from my concerns because the melodic lyrics were strong enough to help me forget who was around me, forget what was happening, and forget that I was in Asheville all together. Those lyrics, "Time will, Change you..." YES! How can a band do that? Ump took away all my nervousness and got me passionately lost in the smooth, flawlessly changing layers of each song. Ump disconnected me above all the anxiety I felt going into the show that night. Though, somehow, I was still right there on the floor. No studio or recording can ever replicate the pulses and streams of pleasure that Ump pumped into me this weekend. Ump reminded me that it's all good. Just sit back and enjoy it as it comes to you.

Now, I'm a drummer, so when I'm listening to any band, I normally start with hearing the drums and work my way out. But this weekend Ump refused let me do it that way. Each element that went into one song was so perfectly orchestrated and intentionally placed. It's hard to explain how each song took me on a journey, but no matter where that journey was going, it ended in serenity. Yes, I heard drums, but I felt the whole band, all at once. The music was driving into me and in return, I recycled it back out into the venue's atmosphere. In a sense, I felt that I was contributing to the concert, simply by being there. 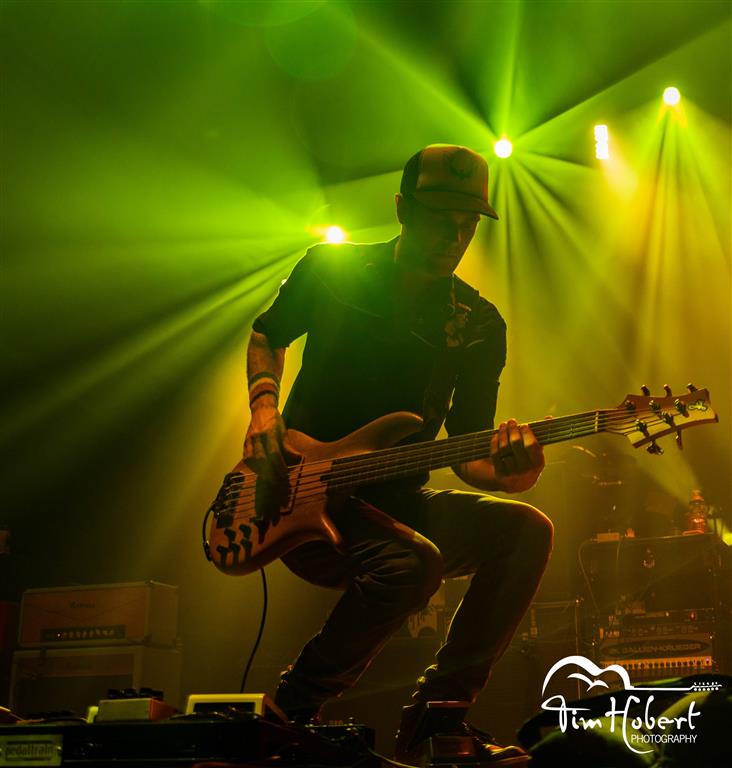 After twenty years, it's evident just how in-tune to each other Umphrey's are. It all flows together, and they were on point all weekend. The sets they composed for both Friday and Saturday nights were perfect. They mixed it up so it wasn't too heavy on any spectrum of their wide range. If you've seen Ump before, you may know how one set can lean towards those trance-rave-groovy breaks, and how other sets may gravitate towards the harder metal grinds. These two shows in Asheville were well balanced. That's what I love about Ump, how they satisfied mine and I'm sure everyone's needs at these shows. I heard one guy joke on Friday that if Ump wasn't going to do some covers, he wasn't coming back... Well, I never saw that guy again, but on Saturday, during the second set, because Joel Cummins wanted to play it, we heard a great cover of "Live and Let Die," It really was badass to hear this song live. It was even more badass to hear Umphrey's McGee play it live! I can't wait to see them again, and I can't wait to see what the next twenty years brings.