An up and coming band out of Chapel Hill, NC that everyone should know about. 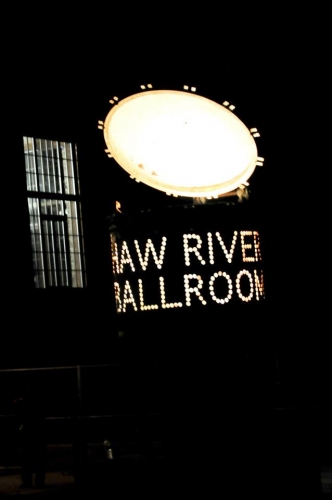 There was a ton of buzz leading up to tonight's Lizzy Ross Band CD release show. I can remember that only just one year ago the band was just an up and coming folk act out of Chapel Hill. Over the course of a year they replaced 2 members, giving their live performances a much needed adrenalin shot and for the very first time, the rest of the band could actually keep up with Lizzy Ross's dynamic stage presence. They had changed from a mellow folk act to a high energy rock band, going in a direction that is both old and refreshing, giving them a unique sound that presents multiple genres such as jazz, rock, indie, lounge, blues, country and even some soulful R&B. Lizzy's songwriting has also been a huge factor in their success as one of the most talked about up and coming bands in the south east. Let's just say that the girl knows how to write a good "hook".  The band's current lineup is solid. Original drummer Drew Daniel plays the sticks like a fiery red demon, being the only other band member that you can even compare to Lizzy's overpowering stage persona.  Jock Pile, the band's newest member, is an exceptional guitarist, a "shredder "by nature. His technical prowess, when properly harnessed, brings a new found edge that the band seemed to be lacking in the past. Brett Hart on bass has given the band a much tighter sound, a welcome addition to balance out the rhythm section. 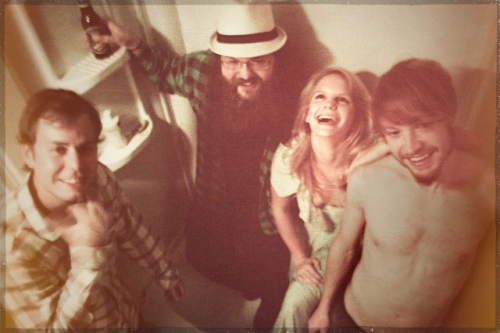 To be honest, when I first heard that the band would be hosting their CD release party at the Haw River Ballroom I was a little surprised. There were a few factors that contributed to this slight feeling of uncertainty, it being in the "middle of nowhere" town of Saxapahaw, the venue had only been open for a few months and the place was much larger than any of the venues they were accustomed to playing in the area. It was a very ambitious and risky move for the band to make. Lizzy Ross & company had big plans on how everything was going to be and they were going to go for it. They reached for the stars and they came back riding on comets. This is definitely a band on the rise and they are about to leave a blazing red trail for everyone to follow.

I arrived at the Haw River Ballroom just before sound check. Saxapahaw reminds me a lot of Boulder, Colorado with its overall look and feel. It seemed like everyone in town either drove around in some type of recreational vehicle or Subaru. There is an old fashioned looking general store adjacent to the Ballroom and across the street there is a small post office and a place to rent kayaks.  There's an apartment complex next to the venue that seemed to be occupied mostly by your "artsy" type folks and overlooking in the back drop was the beautiful Haw River, a tributary of the Cape Fear River. The river played a major role in the life of Native Americans in the area, including the Sissipahau Indians, and in the development of the communities that were built on the river. The river was first dammed in Saxapahaw in the 1850s and used for textile mills through the 19th and 20th centuries, and was a major factor in helping Alamance County to rebuild its local economy following the devastation of the American Civil War. The Haw River Ballroom is a former Dye House of Saxapahaw's historic cotton mill. It has three levels, a riverside deck, a concessions bar and coffee shop. The bottom floor reminded me a lot of an elementary school gym. The ceilings are very high and there are baffles strategically placed on the walls throughout the venue. It has a very historic feel and look, it is absolutely stunning.  If I had to compare the place to any other music venue in the state I would have to say that there is none. The Haw River Ballroom is a one of a kind Shangri-La for any band coming through the area, which is only about fifteen minutes from downtown Chapel Hill. I would say that it is by far a much better alternative than the Cat's Cradle or Lincoln Theatre, the two premier venues in the triangle area similar in size.  Any show you see here would be an "event" to say the least.

As the people began to trickle in at around 7PM the first of two opening acts took to the stage, The Mipso Trio. The band consisted of three UNC college students performing with acoustic instruments. I would describe their short thirty minute set as folky and fun. The second act was none other than HGMN's 2010 "New Band of the Year" Big Something. By this time the Ballroom was filling up fast and if the fans were to be entertained and pacified before the LRB took the stage Big Something obligingly delivered.  The Burlington boys set the tone in the room with their infectious grooves and arena rock sound.  The party had officially started. 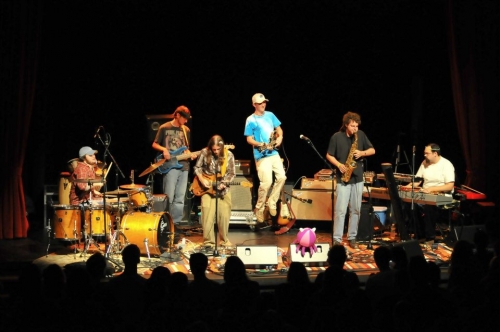 I had heard rumors that the LRB had some special surprises in store for their set. And when they finally arrived on stage I was quickly overwhelmed with the onslaught of people rushing forwards to get as close as possible to the band they had obviously come to see.  There were eleven musicians total on stage - Justin Powell (Mantras) sitting in on keys, Casey Cranford (Big Something) on Sax, Josh Starmer (Birds and Arrows) on Cello, the legendary Jim Kremidas on pedal steel, Mark Ashley (four 14) on added percussion, Andrew Magill on the fiddle and John Jack on the trumpet to round out the special guests for the evening. 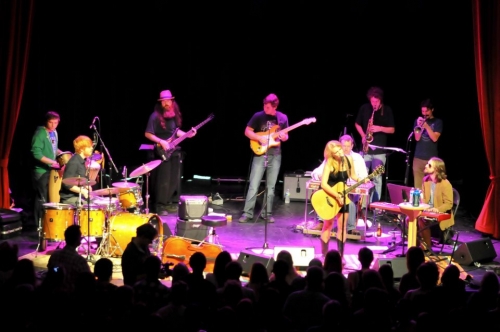 They opened the set with the song 'Black River', a bluesy-rock ballad about being chased by Zombies that's also the opening track on their new debut album 'Read Me Out Loud'.  Next came the slow and mellow "Something I Lost" followed by the fan favorite "Waves". The crowd swayed back and forth as they sang along, a sea of people grinning from ear to ear.  They followed up with the Latin influenced "Maria" and then did a rocking rendition of "Mad Farmer" that included Norman Palm (Lubriphonic) on Trombone. Yeah, buddy!  The tempo slowed down a bit for "Needle and Thread" and then quickly regained momentum with "Not Yet", "Every Place" and "Cross the Cuyahoga". 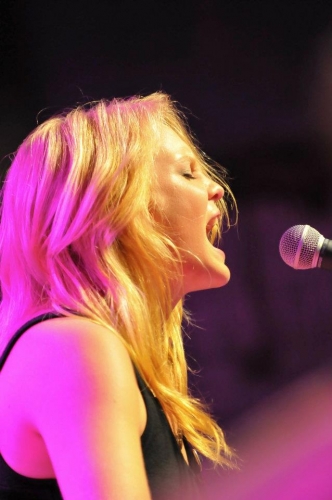 There was an overwhelming sense of intimacy between Lizzy Ross and the audience as they played "Used to wish" and "Traces".  You could take just one look around the room, see the reactions on people's faces, and become aware that a "star" is on the rise. This was indeed Lizzy's night to shine. If you followed this band since the beginning it's quite baffling how far they have come as a band, how much they have grown in just the past year. If you're a fan like me you just can help but be a little proud.  They closed out the set with "Wedding Cake" but the fans demanded an encore.  Lizzy Ross and company returned to the stage and ended the night with the show stopping "Bones".

For a CD release party I have to say that it was a spectacular event. It truly marked the arrival of one of the best up and coming bands in the South East, the Lizzy Ross band. It was amazing to see all the people who came out to show their support, including everyone from Big Daddy Love who came in right after their show in Hillsborough.

The name of Lizzy Ross Band's debut CD is called "Read Me Out Loud" and it comes highly recommended. You can go to www.lizzy.net and listen to it for free. 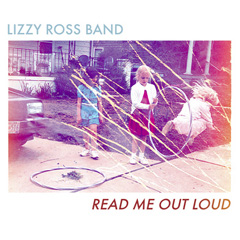