The Broadcast - Dodge The Arrow 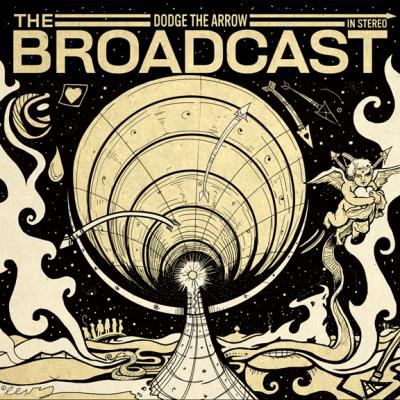 We all have heard the comparisons: Motown, Janis Joplin, Grace Potter, Aretha Franklin and the list goes on. I’m not here to tell you those comments are on the left, for they are most certainly right. Comparisons will only take one so far; ask your local cover band. In order to see the dominant, fresh beauty and uniqueness of not only the sound of Caitlin Krisko, but the music of The Broadcast as a whole, we need to let them stand alone. The three years young well built band have crossed the watery bridge of sounding like someone else and with this album, Dodge the Arrow, they are shouting, to you, me, everyone, “We’re bold, we’re different, we’re unique, and we’re destined for greatness.”

Comparisons, preconceptions, presumptions, whatever you want to call it do no justice to you, the fan, the reader, the curious, the Artist. This style of review only gets listeners who like the comparative band to listen to the new kid on the block. This is not why I want you to listen to The Broadcast for they’ve been on the block a long time. I don’t want you to go to their webpage, soundcloud, ITunes and download/buy their album because of who they sound like. I want us to listen to and support a band because of what they sound like and how they make you feel.

Dodge the Arrow is an eight track well produced album that is skillfully crafted, lyrically, instrumentally and vocally. The first song on the album titled, “The Line”, starts off with a heavy rock ballad esc riff. It gets you prepared for that three and a half minute head banging session with all your long haired freaks. Fairly quickly you realize that this is not that type of song. It’s the type of jam that’s going to force you to listen and all the while take you through a whirlwind of rock ballad contortion. Caitlin’s vocal range and magnificent lyrics creep in and out of the song stylishly balancing with the crescendo and decrescendo of the keys (Rich Brownstein), bass (Mathew Davis), guitar (Aaron Austin), percussion (Tyler Housholder), and drums (Michael W. Davis). Finally your moment has arrived, the magnificent guitar solo… but it doesn’t last long. Caitlin’s voice once again creeps in and you can’t help but appreciate the tremendous production; the balance of the guitar solo blending with Caitlin’s powerful voice, forcing you to listen and dance, rather than one or the other.

Next is the title track, “Dodge the Arrow”, one of my favorites. The heavy set rhythmic beat of the drums then accompanied by the steady bass line, stops you in your tracks. Soon thereafter, the guitar, smooth and dreamlike, joins in. When the vocals come in, bringing it all together, it causes fireworks of your neurons, forcing you to dance. As a cherry on top, the lyrics are written at a phenomenal level. A little over halfway, the song opens up. Backed by her magnificent band mates, the lead singer has her rock star vocal moment. Her old soulful voice, reaching deep with magnificent range blending all so perfectly with the instruments cannot be captivated by words. Then, the drums, the keys and the guitar pick up the tempo and the song evolves once more. It turns into to an up-tempo well balanced, skillfully crafted and played rock jam. The song never reached a climax, it stops perfectly. And there’s nothing more captivating than never wanting a progression to end, a song to stop. This track, “Dodge the Arrow,” is enthralling.

“Don’t waste it” is right after. In this track they continue to surprise you; showing you their musical talents by composing a magnificent song with meaningful well written lyrics, at a slower tempo, and in which I would argue, a different genre. I also have to mention that Aaron Austin, on the guitar, shreds it. And to that I say, in my best Wayne and Garth impression, “We’re not worthy, we’re not worthy!”

Carrying on… there is nothing sexier, more appealing, and more enticing than a song opening with a smooth funky baseline accompanied by the love taps of the snare drum and occasional symbols. Caitlin’s magnificent voice drenched in honey and dripping with soul1 calmly joins the ensemble. This is the beginning of the track titled “Hide Yourself Away”. Soon thereafter Aaron Austin on the guitar introduces himself with a smooth background melody gracefully blending in with the crowd. Unanticipated the breakdown comes and the guitar changes to a 16th three note accompaniment. On this track Aaron Austin does a magnificent job of accentuating the rest. In this fiery tune the keys, percussion, guitar, bass and drums work well together to accentuate Caitlin and the lyrics, putting anyone in the mood. I’ll let the lyrics speak for themselves, “close your eyes cause she knows how to make a move, on top, or under you, so get in the mood cause I wanna groove.” This tune is that new age swing dancing music, where you spin the girl, let her go and she begins walking away while charmingly dancing, and you can’t do anything but want to bring her back in. So you follow, grab her by the hand, one more spin and as you dip her, the song ends; just as sexy as it began.

Let’s skip to the last jam on the album, “Always Time for Love”. This song makes me want to be a drummer. In the beginning all you hear is the drums and right off the bat, all you want to do, all you want to be, is Michael W. Davis. Taking charge, telling you, me, us, the listener, and them, the band, which direction the song is heading, all the while inputting his one /two measure solos. But although the song is driven by the drummer, everyone gets their take, everything is balanced, and everyone is in line. Per usual, Caitlin shines with her vocals, Rich Brownstein jams away at the keys, Tyler Housholder on percussion backs up Michael W. Davis, Mathew Davis plays an even bass line and Aaron Austin nails his solo. A great way to end a wonderful album titled Dodge the Arrow. 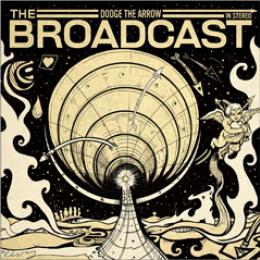 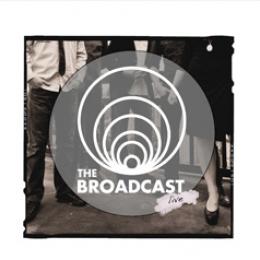