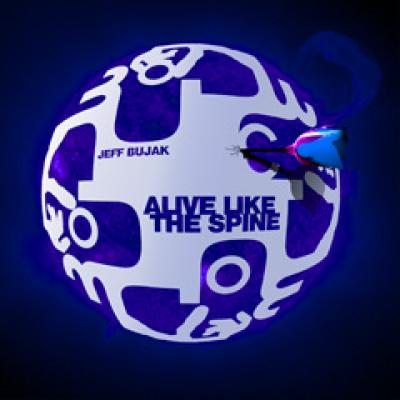 Jeff Bujak has a knack for creating soundscapes that would seemingly demand the creative abilities of various musicians.

He's a solo pianist/keyboardist who creates all of his own rhythms and melodies, alternately capable of pulling them off in a live setting by layering melodies over pre-programmed beats and rhythms. His sound is at times akin to a cross between The Duo and Jazz Mandolin Project, but always with a twist that is uniquely Bujak's.

This reviewer has to miss out on the 2009 festival season, and hearing "Alive Like the Spine" makes me regret the loss even more. This album would make for a perfect post-midnight set, something that trickles and oozes into the approaching twilight hours. Since I have to miss out on my requisite days of sun and wind-swept tunes, it's nice to at least feel a semblance of that magical festival-vibe from this disc.

Vocals are sparse on "Alive Like the Spine," being a product mostly of Bujak's fingers. "Yogoque" features Christine Devlin Eck and Justin Eck's vocals as they play off of one another in a sweet and delicate fusion. The only other vocals appear on the final track ("Utopia"), where Bujak and Amanda Milazzo's vocals understatedly pair amidst a blend of buttery melodies strewn over a straight-forward rhythm that eventually churns into a reggae minded keyboard progression.

The music on this album will find fans in followers of techno, fusion, jam, reggae, jazz and ambient-based music. Each track grows from the previous in a morphing that is like honey for the ears. The transitions are seamless and Bujak's creative thoughtfulness and accomplishments are undeniable. Few musicians could create an album so musically rich, without the aid of other musicians adept at their own particular instruments and with their unique styles to add to the soup. Sure, any musician opens him/herself up to scrutiny, but Bujak should be able to shake any naysayers.

Want another reason to buy this album? The casing is made from 100% post consumer recycled materials, with soy based inks. Of course, this isn't solely reason enough to recommend any album, but it is a bonus for an album I would already suggest. With "Alive Like the Spine," you can get excited about the music you've purchased and feel good about the fact that it doesn't blatantly hurt the planet. Who can argue against that? 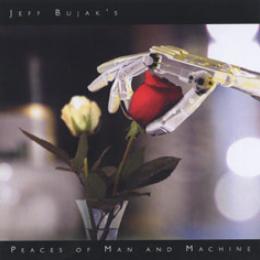 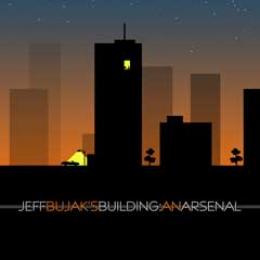 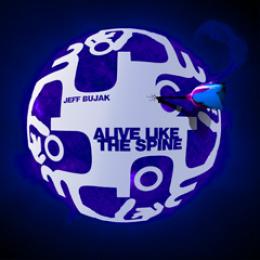