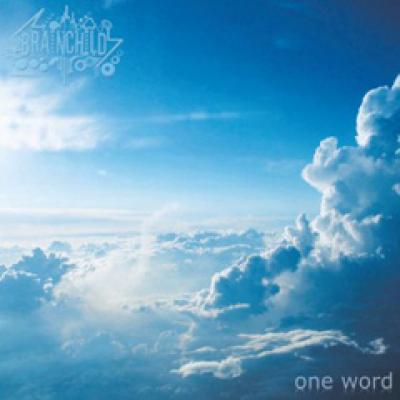 Brainchild offers up an intriguing selection of psychedelic and jazz-tinged rock-n-roll in their studio debut, “One Word.”

Brainchild, an up and coming band that hails from the , presents an interesting amalgam of jazz, funk, jam, and psychedelic rock with this thoughtful collection of tracks.  The four piece band features Roy Ponce on guitar and vocals, Jake Schultz on guitar, Brandon Mooberry on bass and vocals, while Pony Boy adds depth on the drum kit.  In researching the band's history, I read that the band formed around the nucleus of Roy Ponce and Jake Schultz, who were long-time, childhood friends.  After adding Mooberry and Pony Boy to their ranks, the band ratcheted up their touring schedule, and has since been selected to perform at 5 straight Summercamps (based out of ).  The band performs regularly in and , at various festivals throughout the summer, and appears poised to catch more fans with the release of this album.  The 8 tracks on "One Word" range from searching, exploratory jams to jazz influenced rockers.  One aspect that ties these songs together would be the strength of guitar on these tracks, as there are some truly spectacular guitar workouts placed prominently throughout the album.  The tracks on this album have guitar pyrotechnics that would satisfy the head-banging lover of metal, yet enough sophistication and lyrical sensibility to encourage the hip-swinging of a softer crowd as well.

The album begins with the methodical funk of "Beethoven the Dog," which lopes by gradually and unassuming.  The carefree funk that guides the beginning of the song is replaced with strident, aggressive guitar to bring the jam home.  "Green" saunters along lazily, incorporating jazzy flourishes on guitar and drums, before turning up the intensity.  "Follow the Mornin' Sun" seems reminiscent of the Allman Brothers and the Grateful Dead, with distorted guitar and carefree lyrics coming into prominence.  "Mace Daddy," with ambling guitar and loose-ended funk, seems playful and disarming, but gallops to a frantic conclusion on the strength of stratospheric guitar.  "Bomb Tom" commences as a straightforward workout on guitar, but changes gear in the latter half of this song, delving into more atonal, jazzy experimentation.  This characteristic is evident on many tracks, as particular songs venture from jazz to jam to funk and back with reckless abandon.  "Take a Stand," the longest track on this album, exemplifies this same line of thinking, with portions of the song that morph from jazz to jam to straightforward rock, without so much as blinking an eye.  "Arts Motel" incorporates playful guitar and lyrics into moments that sound like the soundtrack from some 70s grindhouse flick.  "Flip Up" closes the album with funk and jazz overtones, sounding like some distant "jam band" cousin to the work done by Miles Davis for his "On the Corner" album.

In presenting "One Word," Brainchild offers their distinctive blend of jazz-influenced, psychedelic rock-n-roll, and illustrates them as a band willing to take chances.  The band never seems to lay in an established groove for too long, journeying back and forth from jazz to jam to funk with remarkable capability.  This versatility, when coupled with excellent musicianship, makes their musical selections varied and interesting.  As a band that is working to develop their fan-base and spread the word, Brainchild offers up intriguing enticement with this selection of 8 tracks, deftly fusing varied song styles and lengths to create a sonically interesting package.  After hearing "One Word," I am curious to see what further musical statements Brainchild will offer. 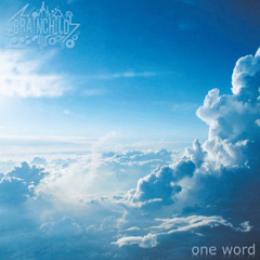