Progressive funk collective The Motet announce their annual Halloween shows along Colorado’s Front Range, and unveil this year’s always-anticipated theme for the legendary parties:  “Mixtape 1975.”  The Motet’s “Mixtape 1975” Halloween run makes stops at Vilar PAC in Beaver Creek, the Boulder Theater, and Denver’s Ogden Theatre, with an additional Colorado show still to be announced.  Tickets go on sale Friday, July 11 at 10am MDT at www.themotet.net. See below for the complete list of The Motet’s currently confirmed tour dates.

The Motet teased the Halloween “Mixtape 1975” theme during the band’s set at the sold-out Red Rocks Amphitheatre show with Umphrey’s McGee this past weekend via a cover of the 1975 funk hit “Cut the Cake” by Average White Band.

The Motet’s famed Halloween shows, wherein the band performs music of their favorite funk influences (either an album in its entirety or a “mixtape’ of songs popular in a chosen year) are joyous, full of surprises and legendarily raucous.  The shows have served not only to pay back the band’s fans for their loyalty but also to enhance The Motet’s understanding of who they are. Says The Motet’s drummer and founder Dave Watts, “We feel that it’s crucial to know the roots of any style of music so that you can speak the language.”

For each Halloween run of shows, The Motet study the intricacies of the chosen artists they cover and work out every minute detail, often bringing in additional musicians and vocalists so that they can fully embody the subject’s music. To date, Halloween shows have focused on the canons of such iconic artists as Stevie Wonder, P-Funk, Jamiroquai, Herbie Hancock’s Headhunters, Prince, Tower of Power and others, and last year featured “Mixtape 1980.”

Meanwhile, outside of their special Halloween run, “More energy is being put toward writing original music, Motet vocalist Jans Ingber explains.  “That’s the difference between The Motet four years ago and The Motet now.”

In this spirit, The Motet recently released their self-titled 7th album, which has been hailed as “ambitious, airtight and built to travel” (Boulder Weekly). The nine tracks on The Motet (released February 2014) seamlessly showcase an evolved, keenly refined musical vision of The Motet; a band committed to pushing the sonic envelope, while remaining dedicated to the musical traditions - funk, afrobeat, disco, jazz, and soul - that have long defined their sound. The Motet are well known in Colorado and beyond for keeping audiences in a dancing frenzy by layering precise and vibrant live instrumentation and electronic rhythms into a style that is uniquely their own. And in this age when EDM reigns over the dance music scene, The Motet is proof that funk is not even close to dead.  For this studio recording, each member of the band contributed to the writing and arranging of the album’s nine original songs.  Using traditional analog recording methods including tape, tubes and transistors, the music on The Motet offers all the crunch and bite of a classic 70’s funk record and is warm, rich, and organic in tone. But the music is fresh and forward – as much a glimpse into the future of funk music as it is homage to the past.

Touring nationwide for the first time in the band’s history, The Motet are being hailed as “the best live band right now” (Source Audio).

The Motet’s current tour dates are as follows:

Additional dates to be announced.
www.themotet.com 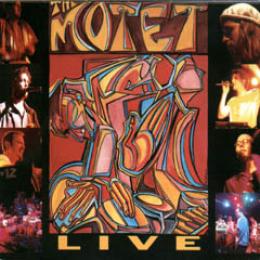