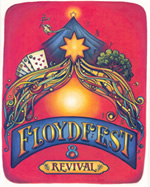 Donna the Buffalo returns for another passionately requested encore, joined by multi-cultural ensemble PANJEA with Chris Berry & Michael Kang (String Cheese Incident), as well as the acoustic sounds of Emmitt-Nershi Band (with members of Leftover Salmon and String Cheese Incident) and Pete Francis (of Dispatch) featuring Barefoot Truth (selected to perform at the Obama official pre-debate Rally on October 15th 2008).

Free MP3 tracks of Under-the-Radar series artists are now offered to ticket buyers through end of December, featuring Jesse Chong Band, Rooster Blues, No Strings Attached, Thousands of One, the Mantras, Electric Chameleon, Blount Harvey, and Galen Kipar Project.
Now in its 8th incarnation, the festival will take place July 23-26, 2009 in the beautiful Blue Ridge Mountains of southwest Virginia. Since its inception in 2002, FloydFest organizers have prided themselves in providing a safe and welcoming ground for a global community forum, and musical showcase steeped in Appalachian roots. This year's theme Revival echoes the festival's mission to serve as a holistic plateau for the restoration and rejuvenation of our individual values, and our living culture.

"It's easy to get bogged down, spun and otherwise deflated from the hustle and bustle of life," explains Kris Hodges, the festival co-founder. "To take time out and consider these demands and still maintain one's sanity, ideals and heart - may be what the art of living is all about".

Also returning to the festival, and making their main stage debut in 2009, will be the 2008 Emerging Artist winner William Walter & Co., as well as this year's 'Under-the-Radar Music' series showcasing the most promising up-and-coming regional acts. FloydFest will be announcing new artists throughout the winter and spring months, culminating in a full lineup that will span 4 days and fill seven stages with top quality genre-crossing music and workshops.

Early-bird tickets for the 2009 festival offer as much as a 40% discount and are on sale now. "If the first four weeks of sales are any indication, we are looking at another record year", reports festival VP of Communications, Svetlana Nikic. "Despite rising costs of production, we restrained from price increases, and decided instead to direct our creative energies on raising the standard of the festival experience".

Early ticket purchasers benefit from significant seasonal discounts and specialty Souvenir Packages, which include on-site parking. Now through December 31st tickets are $20/Thursday, $25/Friday, $35/Saturday, $30/Sunday, $80/3-day weekend, $90/4-day weekend. Souvenir passes are $155, and RV prices are $100 and $120; these tickets have a history of selling out early. VIP tickets are $415, which include all-access for the festival, on-stage seating, full hospitality, merchandise and massage coupon. 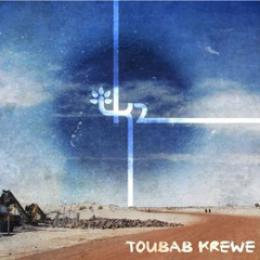 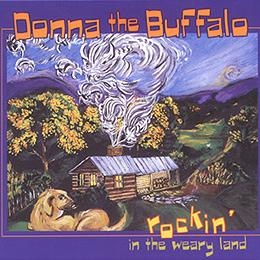 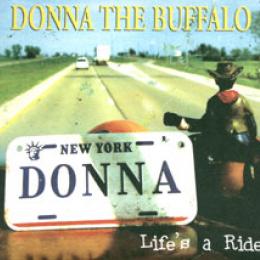 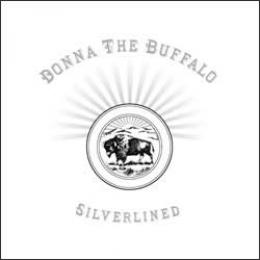