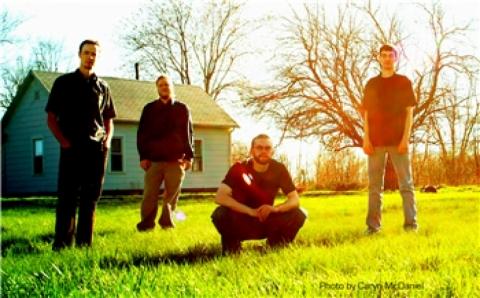 Musical worlds colorfully collide in the form of The Station. Paired in a music scene long-dominated by excessive, guitar-heavy outfits dropping into 10-minute jam after jam of trading solos, they have been able to discover a newly-formed and rarely traveled crevice in today’s wall of sound.
While guitar-rich in essence, The Station has managed to produce a sound void of the same all-too similar, stagnant riffs.  Somewhere tastefully aligned between the progressive rock style of Geddy Lee's Rush, American hard rock, the latter days of John Coltrane and the many fiery incarnations of saxophonist extraordinaire Skerik lie The Station.

At the core, this seasoned quartet is a straight-ahead rock band; not necessarily in the traditional sense, more so as a basis for beginning a description.  Perhaps most intriguing is the dexterity the four members (Dave Littrell - Sax, guitar, vocals,  Kevin Lemen - lead guitar, Josh Kerska - bass.  Dave Carter - drums, percussion, vocals) possess with their respective instruments.  In the increasingly overwhelming jam scene, a scene stuffed with too many of the same flavors, The Station delves into a different path, incorporating a deep rooted rock sound with seductive sax and precision playing.  Relying heavily on concise compositions spotlighting varying song structures, timing and progressions, The Station veers away from the norm, instead vying to tackle complex arrangements filled with metal-tinged textures.  They perform thinking-mans music, a colorful concoction of diverse sounds fused together into an elaborate brew.  Yes, there are improvisational jams, but they remain concise musically, sometimes straying into the stratosphere while others times sticking true to form.  Improvised sections remain tight and guided, leaving the listener immersed in a seemingly composed section.  Think of it as compositional rock, a term foreign to many but when taken in the context to the band's dynamic delivery, a rather fitting conclusion.

It's widely noted that one look at guitarist Kevin Lemen will leave audiences bewildered.  His youthful appearance coupled with massive axe chops leave gaping grins in clubs from Colorado to New York. "We've often heard people listen to him and say, 'I didn't expect that at all by looking at him,' with their jaw on the floor," says drummer Dave Carter.  The other Dave, Littrell that is, offers The Station's multifaceted triple threat, holding duties on sax, guitar and vocals.  With a playing style all to his own, he invokes the quintessential leading man onstage, taking a portion of the playbook from what normally referred to as a lead guitarist's job.  When he puts the sax down, the band's dueling guitar barrage offers more Dream Theater than jazz-funk jam band.  Rounded out by one of the most tight-knit rhythm sections around, The Station is able to develop and deliver a multitude of sounds.
Genres:
Rock
Psychedelic
Progressive Rock
Roots 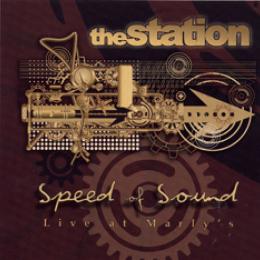