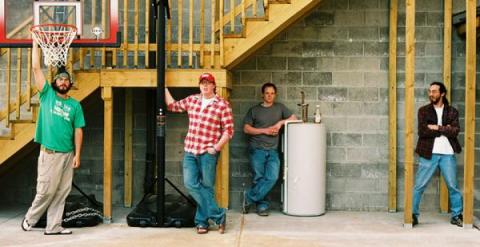 Pittsburgh's Euphonic Brew ranks among the fastest-growing, most exciting and versatile bands to emerge from the Western Pennsylvania music scene. Boasting an electrifying, ultra-kinetic live set, this four-piece act is set on mobilizing a nationwide fan base.

Euphonic Brew is Todd Knepp on guitar/vocals, Brandon Matsook on bass/vocals, Mike Willis on keyboards, and Mitch Thompson on drums. Since their conception in Jan. 2006, they've played close to 200 shows and festivals. From Kansas City to Minneapolis, through Columbus and on to Philadelphia, Euphonic Brew has been devoted to making new fans out of casual listeners with their spirited shows and solid grooves.

Citing reference points as diverse as The Beatles, Widespread Panic, Bob Dylan, Stevie Wonder, and The Allman Brothers, EB avoids pigeonholing through genre-bending syntheses of their many different influences. "It's about variety," explains Willis. "We've got three distinctive songwriters all writing in their own way, so this band is definitely about variety." These guys switch between funky riff-rockers, improvised jams, and pop mini-suites with ease. The result: listeners are treated to an array of styles, further augmented by their use of non-traditional instruments such as African percussion and the trombone.

True to their name, Euphonic Brew cooks up a musical concoction that might be described as synaesthetic, a harmony of the senses. This comes through in the title of their debut album, Color Wheel, a collection which highlights their tremendous songwriting skills and irresistible melodies. EB is a group of musicians melting their styles into an ever-morphing groove, hard to pin down, but always melodic and always funky. As one fan put it, "Typically this is not the music I listen to, but these guys made me DANCE!"

All of this contributes to Euphonic Brew being poised on the brink of domination as they continue to establish their powerful presence in the eastern U.S. music scene. This band is pure earphoria.
Genres:
Bluegrass
Rock
Indie
Pop
Psychedelic
Blues
Acoustic 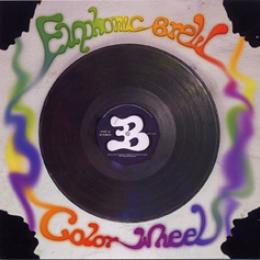 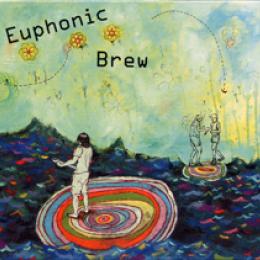