Quickly becoming known for their slick production, conscious and crafty song writing, and epic live shows, DVS & Chantel have recently opened for Kanye West, G. Love, and Robert Randolph.  They have collaborated with DJ Logic, Billy Martin, Devotchka, Kid Beyond, Particle and the Lee Boys, and are also regularly featured on high traffic websites including MyCoke.com.

As the core of the Colorado based modern funk outfit 8traC, DVS & Chantel have worked tirelessly for almost four years to evolve a sound that is exciting and diverse.  The husband/wife duo is now awing their fans with something fresh, new and exhilaratingly full.  (Recent 8traC performances include Aspen JazzFest, Wakarusa, and MTV's Spring into Vail).

DVS, can be seen bouncing back and forth between a pair of laptops and a myriad of onstage guitars.  He is the best of many worlds - ultra intense sound designer meets raging live musician! Imagine fuzzed out funk lines, cleaned up R&B tones, acoustic orchestration, and turntable-esque scratching via 3 giant pedal boards.  DVS's guitar playing has the volcanic attitude of a rock n' roller who doesn't know any better saturated with a grace and intelligence of a truly seasoned artist.  A professional audio-engineer turned busy sideman/string-wiz, DVS has found his various tricks of the trade give him the "one-up" on both DJ's and live musicians.

Chantel's voice resurrects emotion in a hard-edged world.  Experienced as both vocalist and performer, her style stems from a fusion of soaring British/rock melodies and urban/funk grooves.  From sultry lows to stratospheric highs; unassailable belting to rhythmic rhyming, Chantel's vocals are impassioned and rewardingly precise.  With life-infused, affirmative lyrics, it's quickly understood that Chantel draws from the empowered side of life.   On stage, she keeps it varied and exciting.  Often seen with 3 mics, Chantel combines straightforward vocals with effects and looping - all the while embellishing the beats on her SPD-S (drum sampler).  Variety with slick transitions saturate Chantel's style. Her training in both musical theater and classical voice comes forth with an urban edge garnered from life.

With a tastefully diverse sound and affinity for flexibility, DVS & Chantel offer both high energy, as well as dreamy intimate sets.  And, as seasoned improvisers, DVS & Chantel are often seen collaborating with many specials guests including various MCs, string and horn players, drummers, and DJs! The precision of electronic music rallied with the energy and soul of a live band is not to be missed in this compelling new duo!

*Chantel & 8traC are currently #1 in Jazz on OurStage.com

*Chantel & 8traC are receiving Radio Airplay in over 15 countries

"Topping the sound is Chantel Mead, who's not just another hippie belter, as evidenced on "Into the Sun," which she croons with a sophistication beyond the capability of the area's many subpar Janis clones. These guys are tighter than the skin stretched across Joan Rivers' cheekbones!"

"It's not unlike something Aretha might've done way back when she was roping in Grammy after Grammy, year after year."

"When it comes to creating beautiful, groove-based tunes teeming with texture and substance, Chantel and 8traC wear the crown."

"Original, expressive, soulful, and in the pocket! Chantel's love for music, people, and life shout out loud and clear through her lead vocals."

"What a voice and power. A joy to look at as well. And not pretentious. For Chantel, I knew it was about the sound. Her presence, the voice, and the musicianship was what it was all about......"

"Disco-tas-tic-funk-rock with soulful female vocals, and a sultry, laid back vibe." 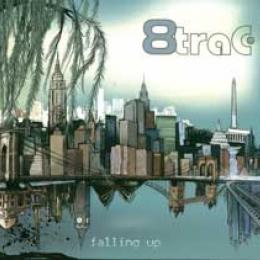 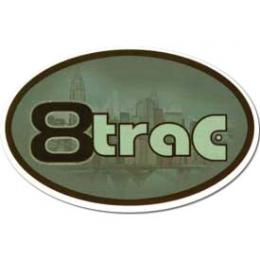