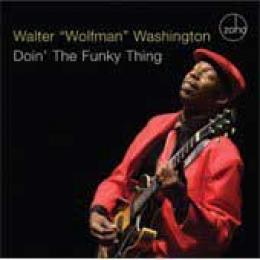 $15.99
Doin' The Funky Thing is an impressive and consistently moving achievement by an artist in the fullness of his maturity and a big step forward for the Wolfman as a contemporary blues composer. This program presents Wolf at his very best in every category: writing, arranging, singing, playing guitar and directing the band. He's always bucked the economics and common sense of touring by carrying his own horn section at all times, and by now the horns whisper, punctuate, sing and shout like a natural extension of the Wolfman's musical personality.

Wolf's song "I'm Back" is the central number in this collection of heartfelt sounds. While it may sound like a self-congratulatory title, in this case it's not an artist's belated return to commerce, but the on-going physical resuscitation and spiritual revival of the flooded city of New Orleans and its sorely battered citizens that's at the core of this stunning suite of original compositions by the Wolfman.
Wolf's hopeful, emphatic vision of the city's rebirth from the ruins is advanced in the core compositions in this set: "I'm Back," "Landslide," "Crescent City Starlight," and the anthemic "Just Like That," a song which - if soulful, swinging, intelligent music written with wisdom about real life issues and performed to perfection had any commercial value in the modern marketplace - would be shooting to the top of this weekaEU(tm)s charts.

Wolf's fervent social pronouncements are balanced by more personal concerns in a smooth, reflective "One Day Being a Fool" and the exultant musical pledge of marital fidelity called "Only You." And thereaEU(tm)s plenty of Grade-A Wolfman funk like "Tweakin," "Wolf Jazz" and the two-part dance-floor marathon "Shake Your Booty/Funky Thing" highlighted by the Roadmasters and their leader's fluid, effortlessly emotive guitar. 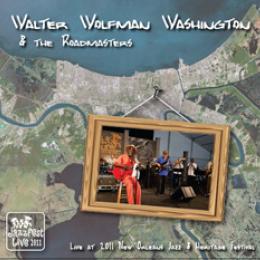 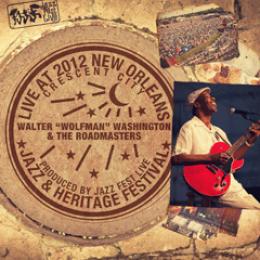 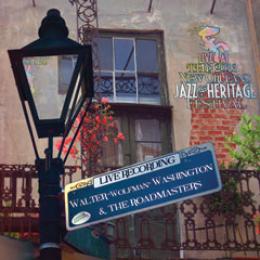