The Stairwell Sisters - Get Off Your Money CD 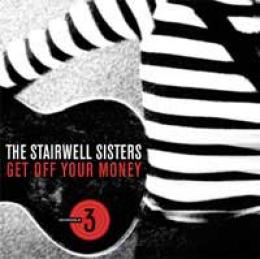 $12.00
Producer Lloyd Maines recalls hearing The Stairwell Sisters for the first time: "I happened upon this tribe of women musicians, playing old-time string music, with the power and excitement of a great rock band." Tribe of women indeed. Evie Ladin explains what holds sway with the sisters, themes similarly found in one of their early influences, Hazel Dickens & Alice Gerrard: "Not exactly the sweet and tender ladies, but the stand up for yourself and face the world kind of women."

Which is exactly the kind of women that make up The Stairwell Sisters. Evie, Stephanie Prausnitz. Lisa Berman, Martha Hawthorne, and Sue Sandlin are career women, organizers, activists and mamas; making ends meet working and living in San Francisco. They also happen to crank out acoustic, old-time music with a punk-rock intensity. Somehow, between raising children, working and releasing records, they've taken their band to some rather well-regarded places - appearing on "A Prairie Home Companion," festival stages from Lincoln Center (NYC) and Hardly Strictly Bluegrass (SF) to Celtic Connections (UK), and many points in between.

Their third release, Get Off Your Money, produced by Maines, covers substantial ground as well. There are fiddle tunes crafted decades ago from Alabama to Scotland and points unknown. There are old songs of trains, boats and possums. One song is translated from Swahili, an all-too familiar story learned from a street musician in Tanzania. There are new songs too - original songs of trial and work, loss and love, and all-night parties. The women run all of it through the "Sister Mill." Regardless from which era or continent the songs have traveled, The Stairwell Sisters make such heartfelt and skillfully played music that boundaries dissolve beneath the chugging force of old-time fiddle and banjo, the whomp of bass and guitar, the grit of the slide guitar, and the tight, closely interwoven harmonies.

Lloyd Maines has it right. The Stairwell Sisters are tribal, laying down that all-gal teardown wherever they go. Get Off Your Money carries the spirit and message of the urban evolution of country string band music. 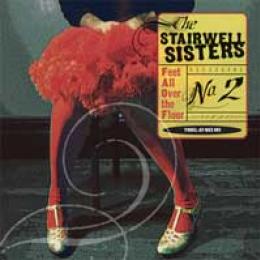 The Stairwell Sisters - Feet All Over the Floor CD
$11.00
Add to cart