StraddleDaddy - Surveys From a Fishbowl CD 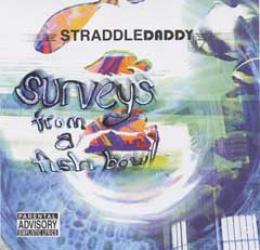 $12.00
StraddleDaddy, the Middletown, CT-based funk rock band, is quickly making a name for itself with a unique and energized sound and stage show. The band's six members, coming from a diverse set of musical influences, each bring a different and varied voice to the table, evident in the band's self-produced debut album Surveys from a Fishbowl.

Surveys illustrates the early evolution of the band, which began performing in Hartford, CT as a four-piece acoustic group. The loss of a founding member to holy matrimony only slowed the band briefly, and StraddleDaddy returned as an electrified six-piece rock and roll outfit. Throughout the recording of Surveys, band members also said goodbye to their keyboardist, and later the drummer. Surveys is proof still of the band's resilience - and of its talent.

The sprawling debut takes listeners through the band's diverse repertoire of rock, funk, hip-hop and even at times what some may call country. Don't tell the band that, however, it's all "moxie-rock" to them. With enough original music to plug up an IPod, and even more churning out with each rehearsal, Straddle's road show continues to evolve and highlight the outfit's prolific productivity. Through touring during the mixing stage of Surveys, the band earned popularity and die hard fans across the East Coast.

The Straddle sound, comprised of two ripping guitars, driving drum beats and bass, and the vocal color of two co-mc's, warmed freezing fans in Burlington, VT and cooked competition in band battles throughout their home state of Connecticut. As Straddle's circle of fans grows with each performance, the band's ability to dial in to those fans only becomes more precise. Audiences around the country will soon see StraddleDaddy as the representation of where music's edge is cutting. 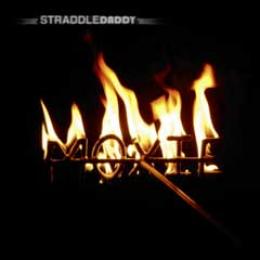