New Mastersounds - This Is What We Do CD 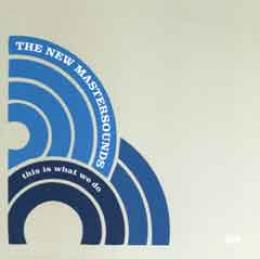 Is This is What We Do
web review by Chris Altree for Dyn-o-mite.com

I was going to write an in-depth piece about the state of funk today, how important third albums are in a bandi?1/2s career, how i?1/2This Is What We Doi?1/2 fits into the general fabric of the universe, etc. etc. Then I asked New Mastersounds drummer, spokesperson, and all-round Mr. Nice Guy Simon Allen if there was any background info he thought would be of interest to include in my review. He replied (bless i?1/2im) with a track by track breakdown of the whole album (!) which, I think, offers more insight into the UKi?1/2s hottest i?1/2newi?1/2 funk band and their latest release than I could ever possibly provide. So, over to you Mr. Allen!

i?1/2Zambezii?1/2 - co-written by Donny Hathaway and someone else and originally performed by the Fun Company with quite a different groove. Keb Darge introduced the track to us and we've been playing it live for 4 years but never recorded it until now.

i?1/2All I Want (Right Now)i?1/2 - originally had words to it written by Eddie, who was going to sing at one point but then mercifully thought better of it. So the guitar speaks out instead.

i?1/2Tin Drumi?1/2 - Sam Bell (timbales and bells) used to be in the original 1997 Mastersounds line-up. We've not worked together since that line-up parted company in 1998 so this is something of a reunion. i?1/2One Note Browni?1/2 was recorded in the basement of Sam's house. The tin drum is the timbale, and also the name of a great bar in Brighton where the tune was conceived.

i?1/2You got it Alli?1/2 - originally by the Blenders (another Keb introduction. On the US CD release (3 on the B Records) there's a solo by Karl Denson.

i?1/2Land of Nodi?1/2 - originally demo'ed by Eddie on his computer early in 2004. In the studio we recorded the whole tune and when we came to the end the tape was still running so we carried on playing, spontaneously creating Eddie's spacey solo section, and a total running time of over 7 minutes (I think).

i?1/2Ain't no Tellingi?1/2 - not a Hendrix tune that many people have heard of - from the sublime 'Axis bold as Love' album. Bob's gone for the Brian Auger sound for his lead Hammond part. Not one that we enjoy playing live for reasons that are unclear.

i?1/2The Minxi?1/2 - psychedelic wah-wah funk-rock, is what it feels like to play - what do you think? Same recording session as Baby Bouncer, possibly March 2004, and featured on the 7" single released May 2004.

i?1/2Afternoon at Gigi'si?1/2 - we were in Italy, having played a great gig at a club with some excellent DJ-promoters called Frank and Lelli, (they play funk but mix it like dance music and have been running a cool club in Bologna for the past ten years.) The day after the gig we were taken to meet their friend Gigi - the owner and head chef of an amazing seafood restaurant in the countryside. After a sumptuous 7-course meal, we all headed back to Gigi's country mansion, where we were shown to his 'record room' - the size and layout of a small record shop with an awesome DJ system. There we perused his astonishing collection of rare funk, souljazz, boogaloo, Latin and disco records, and drank rare and expensive vintage wine from his cellar. Thought we should write a tune to commemorate the experience.

i?1/2Purei?1/2 - the weirdest tune on the album for us, but so far one of the most popular. We called it the 'Elvis Groove' until Eddie decided it was called Pure. Very difficult to get it to work properly, when we gave up we thought it would have to redone at a later stage but somehow Eddie pulled it together in the production. We've just re-learned it to play with Sam Bell at the album launch gigs we're doing tonight in Leeds and 16th April at the Jazz Cafi?1/2.

i?1/2La Covai?1/2 - an ambient track which invites a bit of hippety hoppity vocalising in my view. Written specifically to be played at sunset through the sound system at La Cova d'en Xoroi, Menorca - a nightclub carved out of the cliffs where we played last August.

i?1/2Baby Bounceri?1/2 - written by Eddie to honour the arrival of Simon's son Herbie in January 2004. Herbie has since bounced along to it. The crying at the top of the track is in fact Simon's eerie baby impersonation - Herbie was taken into the studio but went silent went the microphone was put in front of him.

i?1/2The Vandenburg Suitei?1/2 - written in Chicago in May 2004 at the house of David Vandenburg, protector of the funk, saviour of the New Mastersounds, and the owner of the cowbell that you can hear in the track. Saint Dave is releasing the One Note Records catalogue in the USA and setting up gigs for NMS out there.

Thanks Simon! What more can I add? Honestly speaking, there is probably little on this album that couldni?1/2t be on its predecessor i?1/2Be Yourselfi?1/2, but somehow that doesni?1/2t seem to matter here. Good stuff will always be good stuff, no matter what, and when The New Mastersounds are good they are magnificent. Plus, anyone who has ever had the opportunity to see them live, or had the good fortune to meet them off-stage, will tell you that they are some of the most down-to-earth, unpretentious and likeable lads in the business, and you can hear this in their music. This really is what they do, and we love them for it!
Genres:
Funk
Instrumental
Jamband
Jazz 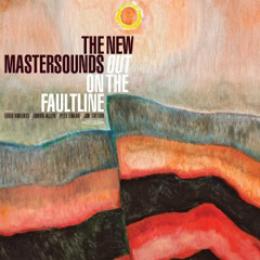 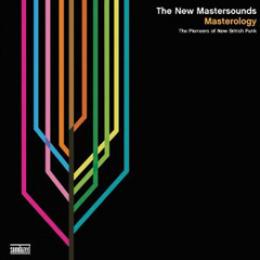 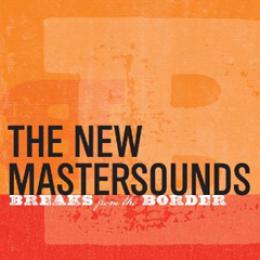