As my daughter and I left Albany, NY to start our 2 hour ride to Cortland, I didn't know what to expect. I had only recently read about this band, Thousands of One (ToO), in a Home Grown Music Network (HGMN) email. I enjoyed the few tracks that I'd listened to on MySpace and hoped the live show would be just as good. I was not disappointed. 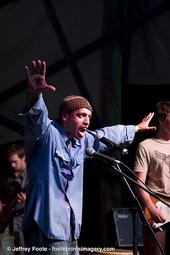 We arrived at The Stone Lounge in Cortland around 4:30pm just as the band was also pulling in. The venue was upscale and classy, comparable to many downtown Albany (NY) clubs, and although it was only 15degF and snowing outside, we quickly warmed up in front of the enormous fireplace while sitting on one of the many inviting couches. With set list in hand (that the band was more than happy to provide), the sound check over, incense lit, and all the pre-show rituals out of the way (they actually had a "band huddle"!), Thousands of One started the show.

And what a show! The evening started with a Bob Marley original, "Zion Train" followed by several selections from the bands, latest CD release SoulForce, entitled "Pharoah" and "Slaveship Mentality". As the show continued, ToO played more singles from SoulForce ("Dig Deeper", "Revolution at Hand", "SoulForce", "Cane Underground", "When I Met You", "Babylon") as well as songs from the bands first CD, Thousands of One ("No Separation", "One More Hand", "Mood Underlay", "Hidden Treasures", "Find Your Own Way").

With each song, lead singer Jhakeem Haltom's soulful and powerful voice sent a message of hope, unity and compassion. As the night went on, Haltom only seem to get better. By the third hour, Haltom had hit his peak as the entire lounge was filled with 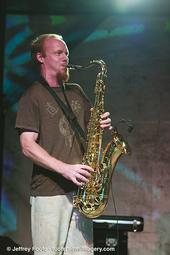 patrons dancing to the hip-hop beat of "When I Met You" and the funky but soothing "Babylon". Of course the incredible sounds of ToO would not be possible without a versatile and talented supporting cast. Most notable was saxophone player Mark Weinard. With almost every song Weinard showed off his talent with a funky, jazzy or soulful jam (sometimes incorporating a little of each!).

Over it was an unforgettable night and performance. The atmosphere and venue was electric. The music was amazing to the point where it's almost indescribable. The eclectic mix is something one must hear to truly appreciate. I highly recommend either picking up a copy of Thousands of One or SoulForce or better yet, taking in a live performance by Thousands of One. 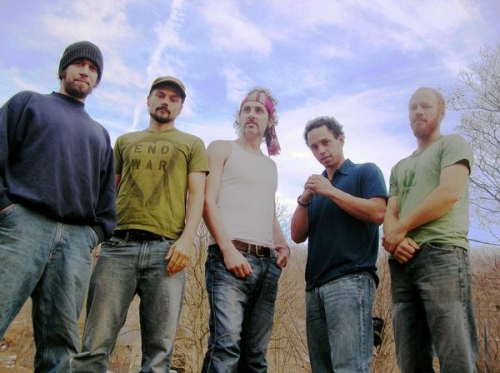 HGMN: When and how did the band get started?

HGMN: What were or are your musical influences?

HGMN: What are your songs about?

Haltom: Our songs are basically about three things. They are (1) ending racism, (2) community responsibility and sustainability and (3) spirituality.

HGMN: What do you do when you're not performing?

Haltom: Some of us are teachers and social workers so we work a lot with kids and inmates. We tried to be involved in community activities.

HGMN: How did you come up with the name Thousands of One?

Haltom: A couple of the band members were hanging out and looking up at the "Thousands" of stars in our "One" big universe.

HGMN: What is your message?

Haltom: Take action, whether it's in your community to help out, action to end racism, whatever. Have a direct impact and don't wait for someone else.