The Brew perform at Unity College Center for the Performing Arts in Unity Maine. 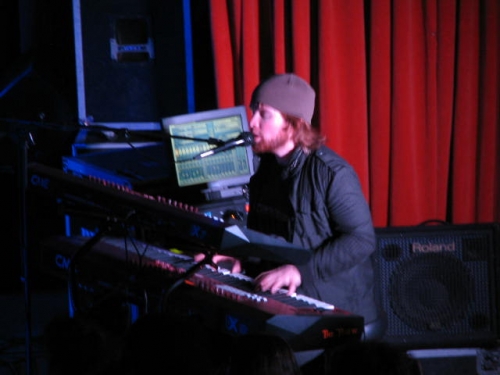 On the way to the show in my friend's modified vegetable oil burning vehicle, we discussed what we might expect from the band.  My friend had never seen them but had heard a few of their tunes while listening to my radio show.  Arriving at the venue a little early, I noticed the parking lot was almost empty. The band's bus was sitting with its trailer near the door so I knew the band had arrived and was set up.    Meeting us at the door was Erik Thomas from Sweet Peoples Productions.  He is the promoter for the event and was ready to welcome the fans as they came in. He was in his usual positive mood and ready for a great show.

past year. Erik has entertained us with many of the circuit "Jam Bands" that normally would have not traveled further north than Portland.   He has seized the opportunity in conjunction with several area venues to offer up some of the best shows around.   It is awesome not having to travel 70 miles to see a show.  45 miles is much more reasonable. Less travel allows us to keep it green and economical while seeing some stellar music.

The venue for the evening is a beautiful building tucked in a small Maine college town.  There is ample space at the Unity Community Performing Arts Center for a hundred or more to dance in front of the stage and in the aisles with seating on the floor and a balcony.   This venue allows for the fans to be up close and personal with the band as the stage is about knee high for some. Tonight the band performing on stage was The Brew. 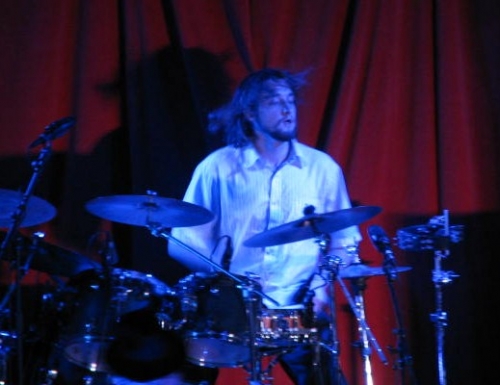 The very first time I saw The Brew, they were known as Blue Fungus Brew.  I liked them but I could see they had some growing to do.   They were young and excited as musicians which brought a freshness to the stage.  They have consistently worked on finding their sound and finally have come to the point in their musical growth where they can mix jam, jazz, and funk to make a collaboration of notes melding together perfectly.   It is always a surprise to hear their music now, as they have found a sound completely their own.  Many times when a band is in the early stages of growth, they will sound much like other bands of the time they admire until they can firmly get their own sound down.  Tonight The Brew showed they have themselves firmly planted in their own style of music.

The fan base for The Brew is very diverse in age and interest.  I know for a fact at this show that folks from their late 50's to early teens were there.  It is really refreshing to see mixed generations at a show.  Music is certainly the cement for all generations. The crowd was 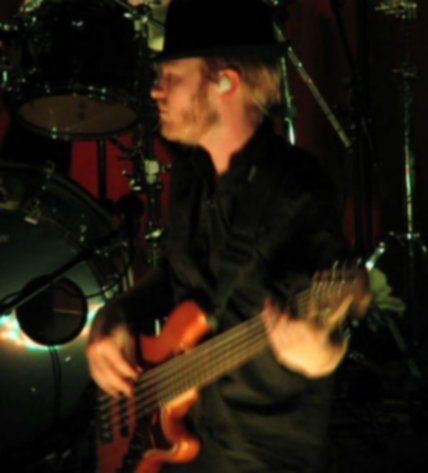 small when the band hit the stage but as soon as the first note played the floor began to fill.  I was seated in the balcony and watched as the crowd moved toward the front of the room.    The opening song "Groovin' High" brought the crowd to its feet and the dancing began.  The band shared with us a beat that makes it impossible to sit still.  If you weren't standing or dancing, you are certainly tapping your toes in your seat.  I found myself sitting on the edge of my seat several times when I wasn't really aware of doing it.  From playing many of their tunes off the latest CD to their rendition of the "Price is Right" theme song, once again The Brew did not disappoint.

I have watched this band grow and expand their talents over the past few years.  I have seen them in large outdoor and indoor venues as well as in the small intimate bar settings.  It is obvious to me The Brew always comes to deliver.  If you haven't seen them yet, run don't walk when they come to your town!

The setlist:  1. Groovin' High, Price is Right Theme, Who's the Boss, Control, Safety, GCFNME > About to Funk, Birds on the Window, Looking Down, Chance Reaching  2. Faces, Hunter's Moon, Radio Swiss, I do Believe, Seen it All, No Rest, Black Train*, Sharks in the Pool  E. Machine * With U.N.I.T.Y (Queen Latifa) Intro    (Thanks to Seth Baker)

Linda "Lizzy" Kennedy aka Kyndmamma, lives in the woods of Maine. She is a music lover, promoter, Radio Dj (wmhb.org), Homegrown Network Rep, an original Phunky Bitch and a Tye Dye professional.  She spends her days dying new projects, playing tunes on her show, reviewing music or just enjoying nature.  You can find her on the Maine music scene and at many of the summer festivals vending as Lizzyoos. Contact her at Kyndmamma@gmail.com.