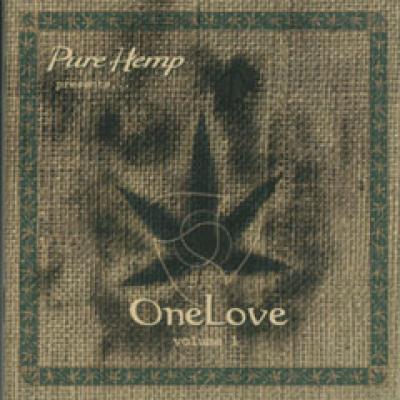 Who doesn't love a good mix CD? The folks at Pure Hemp and One Love Entertainment certainly must, and they went above and beyond to bring the 2-disc smorgasbord that is One Love Vol. 1 to life.
Essential to any commercial compilation CD is a mix of styles and musical worlds, hopefully alerting the listener to new sounds while peppering the experience with familiarity. If you're a frequent web visitor of HGMN, Jambands, or Jambase, you've certainly heard of a lot of the bands on this set. There's plenty that you probably haven't heard though, and the relatively unknown tracks are scattered amongst a group of must-have selections from some of the best bands touring today.

Washington state quintet Flowmotion kicks off the proceedings with "Got's Mine", a slinky prog-soul singalong with an apropos "all one people" backing vocal. It's a prime spot on this compilation for a young, enthusiastic band such as Flowmotion. NYC-based beat purveyors Kokolo Afrobeat Orchestra offer the dramatic brass and polyrhythmic instrumentation of "Mister Sinister" next, and the song's political tone is a nice fit here. Next, from the hotbed of Athens, GA is funk outfit Entropy, and their hip-hop-heavy sound is well represented with the angry outlook and distressed rhymes of "The Party Platform." Soldiers Of Jah Army, a wonderful modern reggae outfit, grooves right into the mix with the righteously slow-burning "You Don't Know" just before Granola Funk Express adds the decidedly non-subtle hip-hop jam "Everybody Get High".

The prevailing afro-hip-reggae vibe is broken by Robert Walter's 20th Congress and their pumping instrumental "2% Body Fat", one of the most recognizable tunes from their last album. Walter's tasty keys and some chewy waka-jawaka guitar are set against a frantic tempo that never relents. More keyboard-based madness is next, as OM Trio's mysterious "Romeo" reminds you just how much you're going to miss the band now that they have called it quits. Eerily, another band that recently hung it up comes next: Canada's nero offers the dreamy psycho-funk-rock of "Tonto's Underwater Paradise".

The huge, constantly morphing Chicago Afrobeat Orchestra steps up the intensity with "Jekajo", a lengthy, rebellious song that employs dozens of instruments and a galloping, mesmerizing rhythm. Philadelphia's Lotus brings their "Suitcases" to the fold, and finds something very dancey inside. The innovative 5-piece hypnotizes listeners with melodically complex, rhythmically energetic grooves. Alfred Howard's "Naked" is a loping, bluesy tune with vocals that are part spoken word, part rockin' the mic. The plantative and popular "Oh My God" by Michael Franti offers a somber sermon on the state of the planet, and takes listeners to a peaceful state. Athens, GA quartet Perpetual Groove rounds out Disc One with the pining "Left To Drifting", in which the songs shimmering verses explode into spiraling, emotional climaxes.

Disc Two is a rootsier affair overall, and it begins with unmistakable percussive world-fusion from San Francisco's New Monsoon. "Downstream" and its endearing sound are a perfect way to start this side. The spiraling, Dead-inspired rock of Mountain of Venus is next in line. The song "401K" showcases the band's trademark vocal harmonies and twinkling melodies. ALO's groovy herbal anthem "Wasting Time" is up next and displays the simple storytelling style of their songs. Zach Gill's relaxed vocals and the sunny southern Cali sound make this track one of the best in this collection.

Keeping with the earthy rock vibe, the compilation presents Steve Kimock Band's instrumental "Bad Hair" next. This version is a special sneak peek at how SKB's new studio album will sound. Tight rhythms and lengthy guitar explorations rule the day on this track. Topaz' "Paleo" rises from the ashes with pulsating bass, resonating melodies, and skittering beats that fuse afrobeat with dub and jazz. Here, the disc lurches in a different, experimental direction with Jacob Fred Jazz Odyssey's quaking improvisation "Pacific". Reed Mathis' octave-controlled bass insanity gives JFJO a sound like no other band. The next track is a thunderous drum symphony from Penner Mackay, who builds his own drums out of oak wine barrels and creates a spine-tingling maze of beats.

Right on time out of the drum madness comes The Motet's "Cheap Shit", a pounding funk exercise drenched with saucy organ, brilliant brass, and smooth bass. Founder Dave Watts has always made rhythm the focal point of The Motet, and the unique approach produces some immensely enjoyable results. Then the disc begins to wind down with Shanti Groove's pleasant "Bottle Or Band", which brings to light their winning combination of bluegrass instrumentation and widely varying musical influences. The mix of drums and acoustic amplification gives them a lot of room to wander musically. Virginia's eclectic eight-piece outfit The Ordinary Way offers the mid-tempo, globe-hopping "An Honest Moment", which branches out into several disparate styles of sound.

The last two tracks on the set couldn't be any more different. The completely unknown "electronic symphony" known as Listen brings a mellow hip-hop vibe in their song "Let's Go", and Mike Dillon proves his expertise in the instruments-you-hit-with-stuff department on the ginger "Cloud Burst".

Down the long road of this compilation, one could get lost in a traffic jam of hip-hop-funk, jazz-fusion, world-groove, and improv-rock mayhem. It's an eventful, twisty, and altogether satisfying trip. 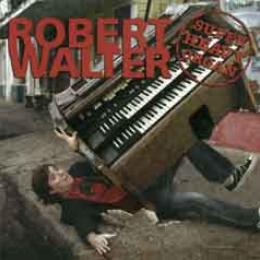 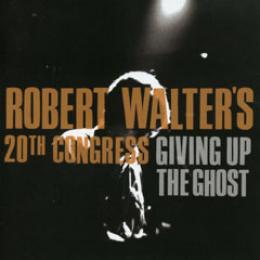 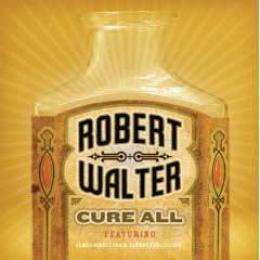