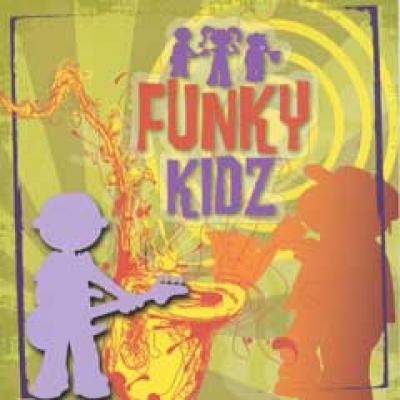 Today's kids music records are also made with adults in mind, and not just in the "why don't you play something we can all listen to?" sense. But a new children's record, Funky Kidz, put together by a class of '93 Tulane graduate, gives a different twist to the idea. Lauren Busch Singer, a mother of two boys age six and nine, tried to figure out what kind of music her kids wanted to listen to before they were even born. She played children's records, heavy metal, jazz, classical, rock and lullabies, but realized that her fetal music fans responded best to the New Orleans music she listened to for her own enjoyment. "George Porter, Jr.'s 'Happy Song' was the first tune my boys recognized when they were infants," Busch Singer recalls. "The minute they fussed, I played the tune and they smiled."

Busch Singer eventually decided to put together an album's worth of children's songs played by her favorite New Orleans musicians, a project so long in the making that her 9-year-old Jake was able to participate in the role of assistant producer. Busch Singer collaborated with a couple of heavy hitters to help bring the project home--Tracey Freeman, the man responsible for Harry Connick, Jr.'s recording career and numerous other New Orleans albums; and music industry veteran Steve Alaimo. The key to the album's success, though, is the terrific performances delivered by the likes of Papa Grows Funk, Paul Sanchez, Porter, Theresa Andersson, Ivan Neville, Bonerama, Big Sam's Funky Nation and the Radiators. In fact, this compilation compares very favorably with most of the Katrina benefit projects that have proliferated over the last two years.

The Papa Grows Funk reading of "Yellow Submarine" is the hands-down highlight. The merry, bellowing voice of John Gros, who admits to "Maxwell's Silver Hammer" as one of his earliest childhood influences, is the perfect instrument to deliver this Ringo delight, a song that has one of the greatest sing-along choruses in rock history, and PGF does that hootenanny ample justice. "I used to teach preschool when I got out of college," says Gros, "and that's one of the songs I used to use. The kids always loved it, so that's why I picked it. I just went into the studio, played a homemade demo for the band and we cut it on the spot. We had a great time. We were cracking up all the way through it. Everybody sang it; June [Yamagishi] is in there, too."

Sometimes the simplest ideas are the most effective, especially when you're dealing with the free-flowing, contemporaneous feel of the best New Orleans music. One can easily imagine Ernie K-Doe, Earl King and Lee Dorsey collaborating on a similar concept. Then again, when Putumayo released an album of kids' music from New Orleans, they included some classic R&B including "They All Asked for You," so maybe they did!

A portion of the proceeds will go to fostering music education for New Orleans children. 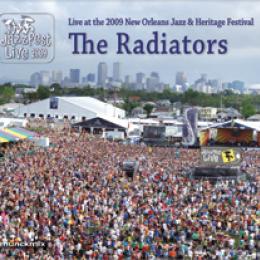 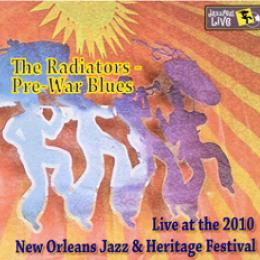