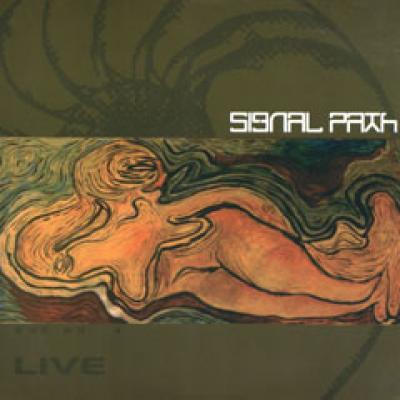 Multi-date recordings are all the rage in current live music production; various locations seamlessly mixed together into one organic whole. This production procedure isn’t as easy as it may seem, as the band needs to maintain a united, collective sound while offering fresh audio imagery. Signal Path-Live collects seven teleportational tracks from six different locations from July through October 2004. Steve Beatty and Collin Cargile of Real Image and Phil Lucks did an excellent job of recording, engineering and mastering the CD, which segues from track to track without a hint of a locale switch.
Yes, but is the CD any good? Patience like good music needs to reveal itself over time. The CD is divided into two very distinct sections - almost like twin sets of opposing views of Signal Path. The first six tracks clock in at seven to nine minutes each. Track 7 "Bob It>Transit" runs 21 minutes and serves as the CD's second set and show closer. "Aaron's Cube" from Bend, Oregon, 9/10/04 and "Kaleidoscope" from San Diego, 9/16/04 open the disc and set the mood on mellow but pulsating. Dion Stepanski's bass is blended very well with a warm, firm tone. Benjamin Frimmer layers many different colors with keyboard etchings in sonic sand castles. Ben Griffin on electronic and Damon Metzner on acoustic drums keep the pleasant vibe from sinking too far down into REM sleep. Ryan Burnett plays tasteful guitar on these opening tracks; a harbinger for the transcendent tones he will conjurer on the CD's epic masterpiece, "Bob It>Transit."

Ahhh...but we're getting ahead of ourselves. "Pusher" is the only track from the same date, San Diego, 9/16/04 and it flows out of "Kaleidoscope" like steady rain into the Pacific Ocean. The segues become more subtle, intricate, tantalizing. Criticism could be made that the sounds are too safe on these recordings. That's probably because Signal Path makes all of this audio embroidery appear effortless and refined. Not the case - the sound is pure because the band has taken the time to find out who they are as individual players and how they can collect these pieces into unified group communication. "Elephants" from Eugene, Oregon, 9/8/04 showcases skydiving notes from Burnett as Frimmer showers the backdrop with various synth and key atmospheres. "Approaching Phi" from Vail, Colorado, 10/5/04 is a virtual workout for the entire band and it sails along at a cool, quick Cure-like speed. "Genre" from High Sierra Music Festival, Independence Day 2004, features Sasha Butterfly on subdued euphoria vocals. Great guest spot. Wonderfully graceful tune, which features the right balance between percussion, ambient textures and Butterfly's voice.

"Bob It>Transit" begins with a deceptively moody atmosphere; strange percussion sounds and then the bass, drums lay down a rhythm, Frimmer inserts his keyboard opinion and Burnett riffs along at a fast but controlled clip. This steady bit of hypnotism goes on for a good four minutes, but the pace then explodes for the first and only full on jam of the entire CD. Oh, but what a jam it is - you have to pull the dictionary out to reassess all of the words that have been beaten into the ground over the last ten years. Burnett finally cuts loose; the solo is primal release - rich with melodic structure. STOP.

Frimmer slides into the mix with piano phrasing to shift the scene to percussion interplay while Burnett plucks notes quietly in the background. The jam is morphing into quite a different beast - now, we've been transported from a guitar god to dance club milieu. Halfway point: electronic percussion kicks in and we're going a million miles a minute around the floor, body arcing with the sound, lids shut, mind in space, head jerking back and forth, lights arcing over the din with piercing elasticity - the ground floats away...

Signal Path has successfully blended six different locations into a single environment with a sound that travels from a deep trance state to an ecstatic hive mind wonderland. 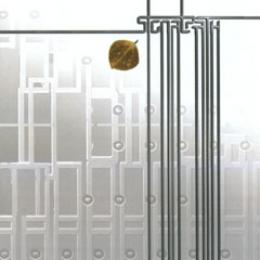 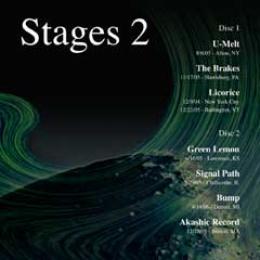