In the music world, and the world at large, things move at lightning speed. So many musical tides have risen and receded in this decade, one could argue that our beloved art form is having some serious erosion problems. I mean, haven't we done this before? Didn't the whole rock-begat-disco thing already happen once or twice? For every White Stripes, must there be Killers? Maybe my years are starting to show, but I get a fuzzy feeling when I hear albums like Ton These, the latest from Burlington, Vermont's RAQ. It's comforting to know that there are bands like this energetic quartet lurking in the tide pools, happy to let the crashing waves of trends be controlled by whatever corporate entities serve as their moon.
Ton These is a refreshingly happy affair, with restless, playful music and mostly upbeat, optimistic subject matter. With many bands consciously shifting more and more toward darker, less-challenging sounds, RAQ revels in their influences and ideas, creating a robust and multi-dimensional rock style. It-s a celebration of all things rock, an unabashed love letter to complex-rock heroes like Zappa, written and performed by musicians who have enough creativity to set themselves apart from the crowd.

Ton These reveals itself slowly over several listens. At first, I wasn-t blown away by it. After a few tries and some quality time, however, something clicked and I realized that albums such as this are becoming increasingly rare. To me, it sounds like RAQ are doing exactly what they wanted here, not striving for anything out of the box or drastically different. By staying true to their excellent instrumental abilities and letting keyboardist/vocalist Todd Stoops- voice run free, RAQ have created something new and exciting. Simply by sticking to their roots, they have outdone many supposed musical -innovators.-

Not to say that Ton These isn-t daring - it-s that and then some, with complex compositions and key changes performed with amazing precision. Lyrically, some of it is cryptic stuff. Stoops- conversational vocal tone takes the absurd edge off of lyrics such as -Don-t try to take my favorite monkey away- and -Like when you chew on hippopotamus.- Alternately, there are the straightforward lines of songs like -Glimpse- and -Said and Done,- which show an emotional, maturing side of the band.

The songs cover a wide range of beloved rock styles. Drummer Greg Stukey and bassist Jay Burwick have formed one hell of a rhythmic bond over the band-s 5 year history, effortlessly pumping out the basis of any song Stoops or guitarist/vocalist Chris Michetti can throw at them. -Walking In Circles- is an effervescent opener with lyrics that seem to be full of inside jokes. The frantic -Will Run- typifies RAQ-s hard-charging sound, with a rollicking keyboard intro, high-speed beat, and wailing chorus. -City Funk- straddles a mountain of wah-wah and watery keyboards with a strutting funk rhythm. -One Of These Days- is an explosive rocker, all distortion and teeth-baring guitar riffs over crashing drums and bulbous keyboards. The epic tale of -Bootch Magoo- is just the kind of serious silliness this quartet can offer. As far as I can tell, the lyrics are about a gasoline-pissing boozer with a thing for the ladies. As much as this hurts me and anyone who reads it-the combination of such well-constructed music and seemingly nonsensical lyrics reminds me of another Vermont quartet.

Ton These culminates in the glorious -Botz,- which brings together all the best RAQ has to offer. There-s a driving, crackling intro that will inspire you to shout -Hey!- right along with the band. Stoops offers up an impressive arrangement of syllables that might drive a less-inspired singer insane trying to master them. Finally, there-s THE chorus, a grandiose moment that makes Ton These extra special. This majestic, steely section is one of the most memorable and singable hooks I-ve heard this year. Holding on to that moment, the band even offers a tear-jerking, piano-led reprise of the chorus- melody to end the album.

Ton These is an addictive, indulgent offering that will strike a deep chord in the heart of music fans that miss honest-to-goodness musicianship and unfiltered talent. There-s no posturing or pretense to be found on the album, just a good time and some damn good songs. 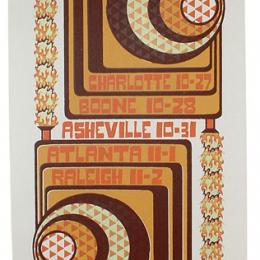 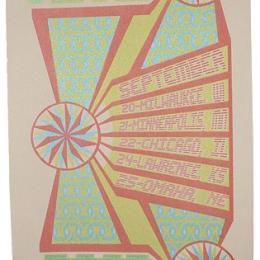 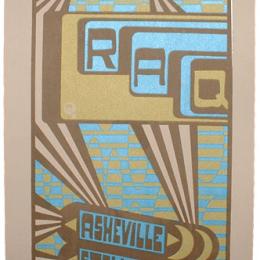 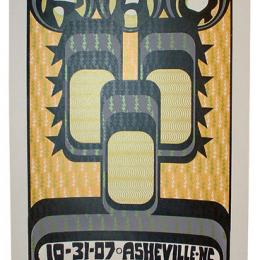