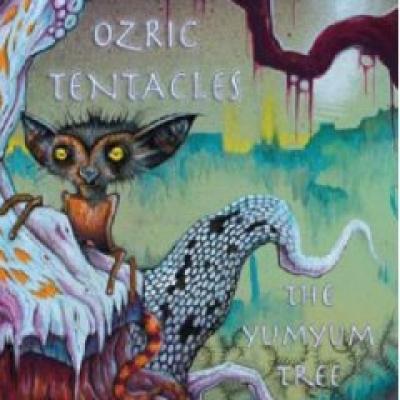 Long –time pioneers in the English “prog rock” scene, Ozric Tentacles delivers another round of potent sonic exploration in this latest studio release.

Ozric Tentacles originally formed in the early 80s around the nucleus of Ed Wynne, Roly Wynne, Joie Hinton, and Merv Pepler.  The band's earliest recordings were compiled in a rare, 6 piece box set, which culminated in larger distribution for the band's next wave of recordings.  Remarkable albums from this era include, but are not limited to, "Strangeitude," "Jurassic Shift," and "Pungent Effulgent."  These albums all demonstrated a band taking chances sonically, as wild caterwauling guitar was complemented with mind-melting synthesizers.  In the early Ozric years, guitarist and founding member, Ed Wynne, supplied a daring sense of guitar and synthesizer wizardry, employing progressive rock rhythms and Middle Eastern influences to complement the bizarre, inventive contributions of his band mates.

In the early 90s, Hinton and Pepler left the band to further pursue their destiny as the addictive English trance outfit, Eat Static.  Despite this seemingly devastating personnel loss and then the further tragic loss of his brother, Roly, Ed Wynne labored in the trenches, and has continued to create complex, interesting albums into the 28th year of the Ozric Tentacles phenomenon.  The Ozrics began the 21st century with a series of highly inventive, if underrated albums, including "Curious Corn," "," and "The Hidden Step."  Changes in personnel plagued the band in recent years, but their recent foray, "The Yum Yum Tree," demonstrates Wynne and his new band mates hitting on full cylinders.  Although this album delves into familiar territory for the longtime Ozric fan, this terrain will be sonically daring and addictive to the uninitiated.  "The Yum Yum Tree" finds Wynne offering another release full of his trademark, compelling grooves and interesting musical selections.

"" kick starts the album off, as exploratory ambient moments transform into spirited, percussive beats.  The song then releases into other structured, but less frantic trance sequences, as synthesized string-like effects punctuate the periphery of the song, much like the notes of Wynne's virtuosic guitar.  "Oddweird" invokes the spirit of the Ozrics past, as exploratory guitar is laced with tasteful, progressive fusion jazz to create a lengthy, majestic jam.  "Mooncalf" saunters along on a strong bass line as elusive, psychedelic synthesized effects add body to the song.  As with any Ozric song, the band changes gears throughout the song, splashing typical Ozric sounds with dub rhythms and other effects to create a compelling stew.  Original Ozric members Joie Hinton and Merv Pepler contribute to the next song, "Oolong Oolong."  Hinton's airy synthesizer work complements Wynne's elusive guitar through the body and closing movements of this song.  The title track of the album sounds reminiscent of "Afroclonk," an Ozric classic from a recent album, but this association is a positive one.  Methodical bass and grooves complement Wynne's guitar as he explores the stratosphere with the upper registers of his guitar.  The song then ventures into a spirited, head shaking jam that would be quite enjoyable to the late night crowd.  'The opening notes of "Nakuru" invoke that sense of the mystic, otherworldly "bizarre" that has contributed to several gems throughout the Ozric discography.  The album closes with "San Pedro" (also featuring Hinton and Pepler) and Hinton's keyboard work reminds me of earlier days in my appreciation of Ozric Tentacles.

The tracks on "The Yum Yum Tree" reaffirm my appreciation and respect for Ed Wynne, who has quietly forged a unique, underground legacy that many bands in the "trance jam" scene have recently come to discover.  Recent festival appearances over the last few years, including slots at AllGood and , have introduced the Ozric sound to a younger legion of sonically starved potential fans.  In the light of the "electronic jam" scene gaining more prominence and appreciative crowds over the years, the time seems ripe for Ozric Tentacles to gain more respect for 30 years of musical innovation.  The tracks on this album range from sophisticated and polished sonic jazz to daring and adventurous guitar frenzy.  This sort of duality has characterized Ed Wynne and his band mates over the years, and is further emphasized by the tracks on this album.  There are several tasty nuggets that an old Ozric fan like me can love, and several sequences and jams that would be quite pleasing to a new generation of fans as well.  Overall, this is another accomplished album that further validates the musical contributions of one of the longest standing and most unique bands in the world today. 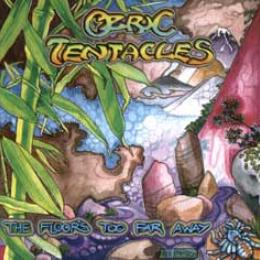 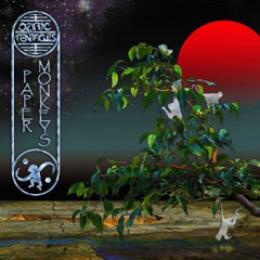 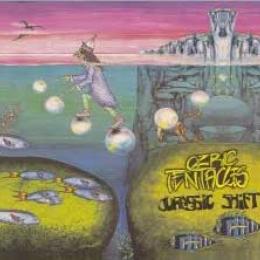 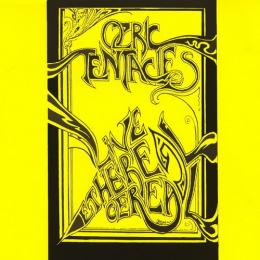