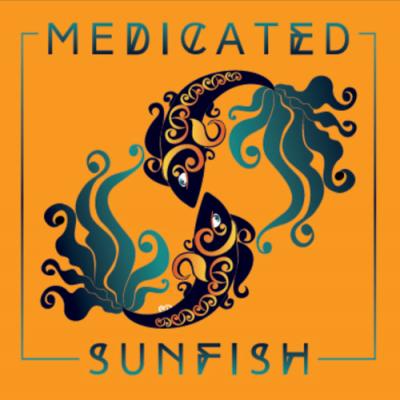 Medicated Sunfish is a young band out of Wilmington, NC that has the talent, creativity, and soul to rise to the top of the NC jamband scene.

Their first release is a self-titled 5 song EP that has a sense of maturity and polish rarely seen in bands this early in their career.

The EP features two distinct personalities of the band, both growing directly from their musical influences--the syncopated ska rhythms of Sublime and the pure energy and passion of Rage Against The Machine. While these influences are out front and obvious, their ability to play with both precision and deep-pocketed groove keeps their sound genuine and honest. When some bands are constantly reaching for the sound of their influences, Medicated Sunfish nails it from the start and uses it as a starting point for their creativity.

The first half of the album, which follows a soft, ethereal minute of instrumental opening (nice touch!) are based around a distinct and solid ska rhythm laid down by drummer Alex Lee and bassist Jimmy Fallon (Yes, his real name. Current bassist is now Derek Lane). In fact, there's hardly any point in the album that Lee's drumming doesn't stand out as being exceptional. Lee comes from a heavy metal background, and guitarist Josh Boyd credits him with much of their groove and powerful sound, "He's always yelling at people to stay in the pocket and don't step on each other's toes," laughs Josh. "He's taught us that less is more and to emphasize the space between the notes."

Another wise decision by the band was to work with veteran music producer Karen Kane who was recognized as "North Carolina's Producer of the Year" in 2013. "Medicated Sunfish is a young band without any studio experience BUT because of the level of talent, the studio production went very, very well," says Karen. "The creativity within the band was very high and I thoroughly enjoyed guiding them in the right direction throughout many months of working together."

My prediction of Medicated Sunfish's expedient rise through the southeastern jamband scene is not because of their ability to meet the qualifications of what typical jambands are, but instead to ignore them. The vocals are the most obvious example of this. All too often singing is an afterthought to overstated instrumental prowess, but Medicated Sunfish has a dedicated vocalist in Isaac Clowers that brings a refreshing and much-needed balance to what we're used to within the scene. Clowers' sense of melody and phrasing alternate between floating above the music at times and providing memorable hooks that you'll catch yourself humming for hours after listening.

The second half the EP hits you with a Tarantino-esque surprise ending, as the band morphs into another huge influence with their Rage Against The Machine-inspired passion and drive. Again, in the context of the southeastern scene that they are currently traveling through, this is a welcome and refreshing surprise. "Maker," the 4th track (not including the instrumental opener) is the one that sticks with you long after you've listened to it. Guitarist Josh Boyd takes us back a few decades when distortion and tight riffs were the backbone of many great metal songs as he works his way through this journey.

The final track, "Minor Ave," brings in Jared Sales as a guest vocalist. His crisp hip-hop style phrasing works perfectly as the song builds to frenetic crescendo with Sales singing the refrain, "I try to give you the truth but y'all ain't ready for it!"

If Medicated Sunfish is the next phase of the southeastern jamband scene, then I'll just say, "We're ready for it." 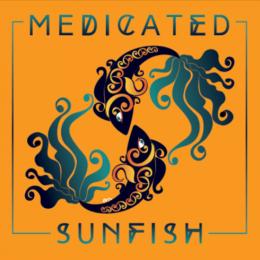