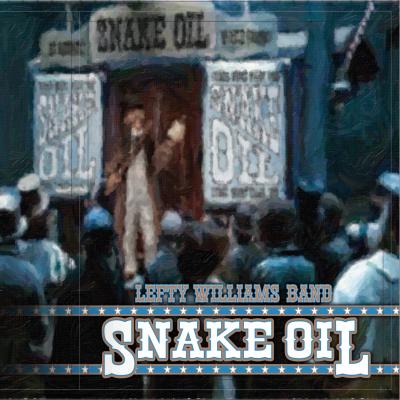 The Lefty Williams Band spotlights scorching guitar, soulful lyrics, and wistful keyboard in their second studio release.
I first learned of Atlanta-based Jason "Lefty" Williams when composing a review for Jimmy Landry's "Brand New Day."  The Lefty Williams Band was recorded for several tracks on Landry's album, and I praised those tracks in particular due to Lefty Williams' precise, clean guitar skills.  In receiving "Snake Oil" from Home Grown, I was excited to hear more of Williams' robust guitar.  In researching Lefty and his band for this review, I was pointed to an amazing fact:  Mr. Williams plays soulful, searching blues guitar without the benefit of a right hand.  In reading press clippings on the band's website, I learned that Lefty began playing guitar at age 4 and was self-taught after practicing chords with his father.  His website indicates that he graduated from the Atlanta Institute of Music with honors, and has explored various musical genres over the years ("death metal" to "grunge") to develop his polished, bluesy style.  Joining Lefty Williams in the band are Ray Dombrowski on bass, Jimmy Landry on keyboards, and Steve Saunders on drums.  As with the his 2006 debut, "Big Plans," the band's second effort was produced, mixed and engineered by John Keane at his studio in Athens, Georgia.  The ensuing 13 tracks on "Snake Oil" clock in at just over an hour and present an interesting combination of bluesy guitar, life-affirming wisdom, and roadhouse piano.

In "Thank You," Williams sings about breaking free from the effects of a bad marriage and the redemption he feels in doing so.  "What I Believe" is a likable, optimistic track that spotlights Lefty's precise, excellent guitar skill.  "On The Prowl" is a bluesy number that invokes the spirit of smoky bars and "Strong Persuader" era Robert Cray.  Williams punctuates this song with his steamy guitar and soulful lyrics.  "So I'll Stand" kicks off with rollicking piano, crunchy guitar, and Williams' energetic, life-affirming lyrics.  There is a nice interplay on this song between Jimmy Landry's keyboards, and Williams' guitar, with Landry guiding the early measures of the song.  "In the Valley" features yearning lyrics and searching guitar, but ultimately yields to Landry's wistful keyboards.  These first tracks on this album all spotlight Williams' guitar, his matter-of-fact perspective on matters of the heart, and his warm, robust voice.

"All Your Way" moves forward on the strength of hard-driving guitar and loping keyboard.  "Hey Mama" is a carefree, loose number that spotlights bouncy keyboards and fun lyrics.  Williams closes the song with a buoyant, polished guitar workout that sounds reminiscent of Albert King and Stevie Ray Vaughan.  The title track of the album depicts the pitfalls of dealing with the various and sundry (and often unsavory) types who populate the music industry.  "Why Didn't You Call" features Williams' signature guitar chops, and Landry's likable keyboards, and presents Todd Smallie of the Derek Trucks Band as a guest musician on bass.  The album closes with an excellent guitar solo from Williams on "A Little Bit of Faith."

In reviewing "Snake Oil," I found myself impressed with Lefty Williams' guitar tone and his vocal skills.  He writes lyrics about feelings that are close to us all as humans.  His perspectives seem wise and seasoned when discussing such matters.  Maybe this is a reflection of the life that he has lived.  In overcoming disability to create music, Jason "Lefty" Williams truly has a remarkable story to tell.  The songs on "Snake Oil" range from joyful and exuberant to methodical and self-aware.  Williams' lyrics and vocal deliveries guide the way for his polished guitar riffs.  The tracks on this album are signified by Williams' excellent guitar and the down-to-earth perspectives he has cultivated in life.  The resulting combination found on this album will be quite satisfactory to the lover of blues guitar and beer-soaked bar anthems.  However, in a point that would be ultimately secondary in a normal album review, the story of Jason "Lefty" Williams truly has the capacity to inspire us all.  This album provides an intriguing snapshot of an incredibly newsworthy musician.  However, Lefty shies away from such distinction, preferring to concentrate on his music.  For the Lefty Williams Band, the "proof is in the pudding."  Further analysis and hearings of "Snake Oil" show the results to be quite promising. 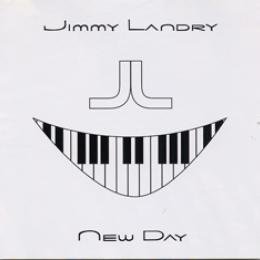