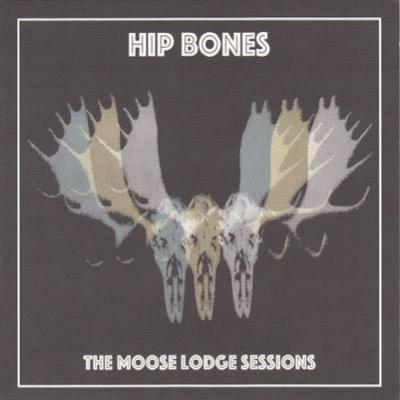 While many bands in today’s music scene claim cross-cultural and multi-genre influences, few pull it off with the ease and mastery of Hip Bones.

They proudly promote some of the more interesting and apt descriptions of their music: renegade jazz, psychedelic funk, and monsters of the mashup. If you look closely, you'll notice the album is put out on "Groosion Records," a playful mashup of "groove" and "fusion," the groove being the most apparent in the first 5 seconds of hitting play.

Hip Bones is made up of sax man and flutist Gary Schwantes, who also is co-producer and writes their original material; drummer Robin Tolleson, a co-producer and top drummer in the Asheville, NC scene (as well as a writer for Modern Drummer Magazine); and two bass players, Jake Wolf and Shannon Hoover. Wolf and Hoover live on opposite coasts and share the touring and recording load and at times can be seen together on-stage deep in a double-bass blowout.

The opening of the album features drums and bass so solid and groovy that you can rightly assume the entire album will be something special. The opening track, "P-Stomp" is a Schwantes original and establishes the vision of this work as one that flirts around jazz structure and melodies without losing the danceable and very engaging rhythm and funk foundation.

It's hard to pick out a highlight of an EP this solid, but the cover of Radiohead's "High and Dry" could be the leading contender. While rhythmically staying true to the original laid-back vibe, Schwantes' soprano saxophone work exposes the delicate melody to be even stronger than the Radiohead original. Some say that to cover a song you have to make it better than the original, which is not always true; to cover a song you have to find some aspect of the song and make it better, which is exactly what Schwantes does here with his punctuated phrasing of the melody. "One of the things that's always been a trademark of Hip Bones," says Tolleson, "is to borrow from popular music and deconstruct it with a jazz attitude. We've had Beatles, Cream, Hendrix, Sting, the O'Jays, and Stevie Wonder covers on previous CDs. I like it when people don't quite get what it is at first but know it in a way--then when they realize what the song is it's like they're rewarded twice."  As a testament to the "fusion" of their "groosion," they bring in Columbia, SC rapper Preach Jacobs to lyrically dance around the chorus and verse. The effect is subtle but seems to be the final missing piece of the puzzle, one that you didn't even know was missing until it appears--artistry at its finest.

To reach into the other side of the southern music spectrum they bring in banjo player Andy Pond (Snake Oil Medicine Show, Future Man) for some backup rhythm work on "Country Chicken," another Schwantes original tune. Schwantes' original songs walk a fine line of jazz phrasings that will keep the interest of earnest jazz fans, with driving, danceable grooves that's easily accessible for fans of rock and funk. One of the cohesive factors of the musicians in Hip Bones seems to be the ability to play over everyone's head without the need to. "We've kind of always wanted to camouflage [our jazz chops] in Hip Bones, writing and arranging with strong melodic content and keeping the rhythms strong, solid, and funky, even danceable frequently. Simplicity is beautiful. Emotion. That's what I love. Creative ways to play strong grooves. We try to avoid traditional jazz forms too -- it's interesting to vary it, interact, but remember we're playing for people," says Tolleson.

The album ends with the monumental Grateful Dead classic "Dark Star," featuring legendary soul singer Sidney Barnes (The Rotary Connection) on vocals. The tight drum/bass connection that starts the album and remains a constant foundation throughout jumps to the forefront on this track. Much like "High and Dry," they find and explore an aspect of this song, the deep looping bass line and pulsating groove of the drums, that is not fully realized in the original. The combination of the flute and sax, along with Barnes' soulful and very respectful rendition of the verses, results in a rendition that stays true enough to the original to satisfy the purist Deadhead while still being new and refreshing.

The Moose Lodge Sessions is an album that you only need one button for: play. The length of the EP is just over 34 minutes and every moment seems to be played with ease and soul. To find out more about Hip Bones and their first three albums, visit www.hipbones.net. 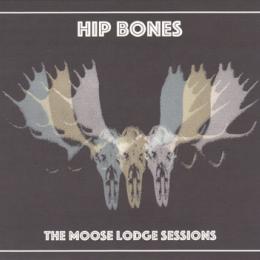 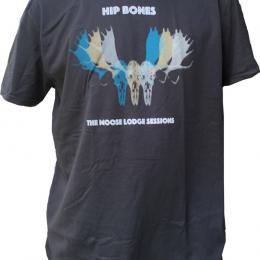