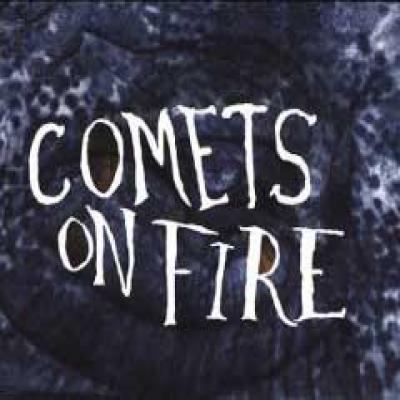 A few short taps on the gate and they're off - and the rodeo clowns better get the heck out of the way, this bronc is WILD! Occasionally I miss my former occupation as a rock critic, and the other day was one of those days. Other days I don't miss it, as I would definitely be even broker than normal, with a beer belly two sizes too big and prolly a couple DUI's by now if my enthusiasm for drug rock hadn't led all the way to being a stone stupid junkie eventually.

But the other day I took all those CD's on the bubble and put them on waivers down at the used/new record store. The one with all the best indie rock of the last twenty years. Oh to already know all the bands on the 'new release' shelf there like I used to... how embarrasing to recognize not a one out of about twenty. I used to hope I would die before this happened, like old Pete suggested a long time ago in a pop culture so very far away.

Fortunately I had a few ideas on some new tunes to check out, one of them being a west coast band now on Sub Pop - Comets on Fire.

Now I am hip enough to understand that Sub Pop is all things to all slackers these days, not just the ones who still fancy faded Levi's and flannel like I do; or in other words I know they're not just grunge any more, something I learned from the Scud Mountain Boys quite some time ago.

So I throw the Comets on Fire in to the truck this morning and fire it up. A few short taps on the gate and their off - and the rodeo clowns better get the heck out of the way, this bronc is WILD! A quick burst of lung-full sorta Mark Arm style vocals without the richness is forgotten rather quickly as these boys just wanna kick out jams the likes of which the firm Kramer, Tyner & Smith set the bar pretty high for.Eventually they somehow remember that they're supposed to play songs, not just freak freely in their classic rock power-trio quintsome ack-shown. The second song even recalls Warner Brothers LP #1689 - The Grateful Dead. The Grateful Dead? Yes, thankfully. A budding guitar virtuoso likin' to play some tasty short little solos backed by that organ you used to hear every summer when the carnies came to town (and you wondered just what PigPen would've done without a music career). Anyway that is just a brief false alarm interlude there on song #2 before we go back to a glorious salute to Acid Rock. Remember that? No, not that noodly bullshit spawned by the Dead's later years, I'm talking cosmic white rooms with black curtain Experiences, Charlie! This isn't just quoting riffs like a rapper hittin spliffs the way Wolf Mother does it, but five guys that just wanna plaaaay that heavy music, white boy.

And did I mention the feedback? It's all over this record. How much is too much feedback? Well there is no answer to that, silly, it would be 'none more feedback' - or maybe the un-toppable Jesus & Mary Chain's "Psychocandy" LP, but that lies deeper out in a near drummer-less galaxy where the bass player falls asleep. Not here. The rhythms pound away while the guitar strings (and the amp tubes) scream for mercy.

This is not a good album to be listening to real loud in heavy traffic pulling a trailer while a cop is driving along behind you with pretty blue lights flashing and sirens that seem like part of the music for a good long while - he looked pretty pissed off when he passed me.

But just when you are ready to say fuck all these assholes I'm on the way to work for, I think there is still a hit of blotter left in the deck of cards in the glove-box and a big tract of woods up ahead, the Comets whip out their Ummagumma homage and chill you right out in the middle of the disc. Long enough to gather your wits, check the three voice-mails that came in while they were rocking out, and call someone with a currently active web connection and check for some tour dates.