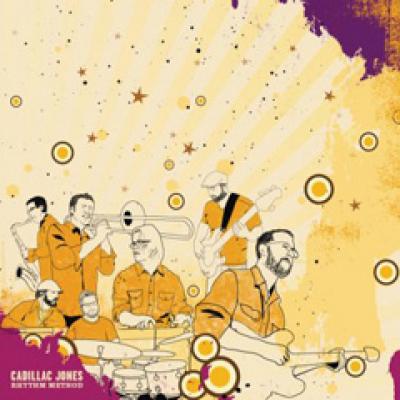 Cadillac Jones brings the throw down with this collection of spirited, energetic tracks.
I first became aware of Cadillac Jones back in the summer of 2004.  I was attending the last Van Hoy Smilefest, and they were playing a sweaty Saturday afternoon gig on the Home Grown Music Network side stage, where great bands played all weekend, including the Motet, Perpetual Groove, Lotus and other noteworthy Homegrown acts.  The fellows in Cadillac Jones performed in blistering heat in orange jumpsuits and delivered a great set of live fusion funk, spiced with turntables, horns, and an excellent rhythm section.  The crowd swayed and danced, and it was quite impressive to witness.  I have seen Cadillac Jones play several times over the years at various festivals and the occasional show in North Carolina.  I have always been impressed with their tight arrangements, intricate horn play, and the energetic presentations they offered in their live performances.  As a reviewer for the Home Grown Music Network, I hear lots of great disks, and in just a few listens I have begun to think that Cadillac Jones' most recent recording, "Rhythm Method" might be one of my favorite disks of 2009.  Featuring 13 bouncy, infectious tracks full of warm horn play, turntable accentuation and tight musical arrangements, "Rhythm Method" will be exciting stuff for lovers of Galactic, Funky Meters, and bands of that ilk.  Even a James Brown lover would find merit in a great many of these tracks.  But this description hardly encapsulates the tunes on this album, which are likable, fun and great stuff for parties and social gatherings.

"Rhythm Method" begins with "Reynoldstown," as syrupy, sweet keys dance around guitar.  This fun little interlude establishes solid foundation for "The Gooch," a hectic workout that sounds like a cross between spy music and surf rock.  The musicians lay down a nice little groove, laying back in the pocket, then Robbin Rahman's saxophone kicks in as the song ratchets up to a feverish conclusion.  "Brass Bullet" features smooth horns and excellent guitar, invoking a spirit of jazzy blues as it sails along.  "Testify" is another "high energy" track featuring nice interplay between Chris Case's keys, Gary Kurz's guitar and the two saxophones used for the track.  "The Kick" saunters along with the trademark horn work that distinguishes this album as a truly remarkable work.  Halfway through the song, the band jumps into "double time" mode, and the result is a little sequence that would be incredibly fun to witness with a receptive crowd full of dancing hippies.  "Late Night with Merle Epstein" feels like an inspired spoof of late night network television band cultures, a la Max Weinberg or on the worse side, Paul Schaffer.

The title track to "Rhythm Method" has moments that make it one of my favorite new discoveries of the year.  As a reviewer, I try to write positively yet maintain distance from the material and not sound like some drooling fan in those instances where I actually adore the material.  But if you like energetic funk and groove that would make your friends freak out in late night dance parties, try out the "Rhythm Method."  "Volcano Sunday" lopes along confidently, smooth and sophisticated, then Case goes into keyboard freak out mode in a way that would make Chick Corea proud.  The song ventures out in space, going atmospheric and smooth, before smoldering guitar brings it home in that smooth groove that began the song.  "Suya" is an energetic, percussive number, incorporating staccato drums and brilliant horn play to deliver another one of my favorite tracks for the album.  The album closes with "Wonderbread," an aloof little keyboard measure that closes the album in listless waters.

My overall impression of Cadillac Jones' "Rhythm Method" shows the album to be high-spirited and quite remarkable, but that was obvious in the terms that I used to describe it.  The blustery moments of talkative saxophone, scorching guitar and bouncy keys truly distinguishes the album, and will be the reason I share the album with others.  However, for all of this album's bounce and swagger, there are ultimately lots of little graceful, elegant moments peppered throughout the body of the album as well.  The overall effect of these tunes is quite satisfying, notching this album into my list of "high rotation" discs. 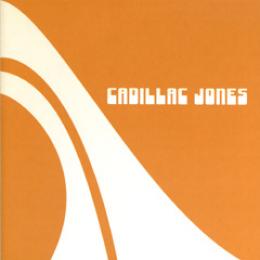 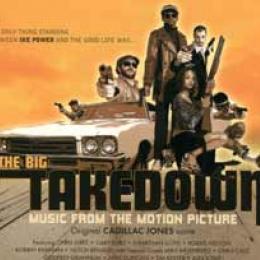 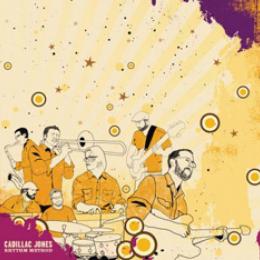 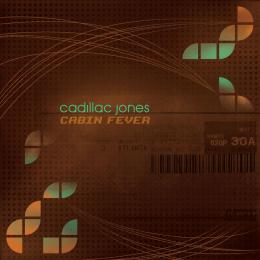