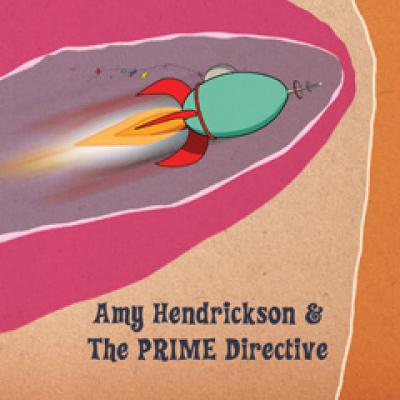 Featuring 6 varied, mood-changing songs on their new EP, Amy Hendrickson & the Prime Directive are poised for discovery.
Amy Hendrickson and the Prime Directive hail from St. Augustine, Florida.  The quartet features Hendrickson on guitar, vocals, and as primary songwriter, while Stephen Pigman plays bass, Steve Hawkes plays drums, and Chris Kearnes offers his talents on saxophones.  The 6 songs on this self-titled EP reflect a songwriter who plucks from various moods to create a diverse, satisfying package.  The songs range from liquor-soaked folk songs to minimalist ballads and display Hendrickson's voice to be expressive and passionate.  However, several of these songs are edgy, and even in some instances, atonal, and show the Prime Directive to be a band that is difficult to pigeonhole.  For all this recording's melodic guitar strains, pleasing vocals, and serious sensibilities, the Prime Directive keeps things honest with a healthy splash of fun, enthusiasm, and funk as well.

The album begins with the booze-soaked swanky chords of Hendrickson's "Gold Dust Man."  Saxophones mingle with Hendrickson's voice to create torch music from some disjointed universe.  The song lopes along confidently on the strength of lyrical saxophone, offering a moralistic conclusion that is humorous and light-hearted.  "November Rain," invokes the name of a Guns-n-Roses classic, but sounds much more Alanis Morrisette than Axl Rose.  The track utilizes sparse guitar, atmospheric saxophone and Hendrickson's sing-along delivery to create a wistful folk track that is two parts storyteller, one part wiseacre.  The stylishly named "The Hydra" employs the same haunting saxophone, voice and guitar as "November Rain," but in doing so, exudes a disturbed, gothic sensibility that sounds cut from the mold of Polly Jean Harvey.  As the song saunters toward its inexorable conclusion, horns become distorted and atonal, washing the song out in a wave of fuzz and feedback.  After immersing oneself in the soup of the previous track, the listener will be teased with Hendrickson's clear voice and hint of Irish brogue in "Who Are You."  Hendrickson's expressive voice is paired against the most minimal guitar, creating an unusual, haunting chemistry.  This same sort of raw quality is achieved with "Betterside," which sets the stage for "The Pancake Theory," written by Stephen Pigman and Steve Hawkes.  If the first five tracks of this EP impress upon the listener the talents of one Amy Hendrickson, "The Pancake Theory" displays the chops of Prime Directive as a late-night funk/party band.

In thinking of this EP as a whole, I enjoy the varied effect of the songs, and the distinct quality that each of the tunes presents.  The six songs show Hendrickson's maturity as a singer/songwriter, but also display the merits of the Prime Directive as well.  As I have said in other reviews before, I am often hesitant to refer to established musical artists when describing reviews here for the Home Grown Music Network.  However, those comparisons can be helpful in describing the sound or effect of a particular tune or sequence of tunes.  The tracks on this EP capture some of the boozy bluster of early Bonnie Raitt and infuse it with the awkward rawness and emotional honesty of PJ Harvey.  The resulting concoctions are well delivered, showcasing a band near the Florida panhandle that has lots to say... 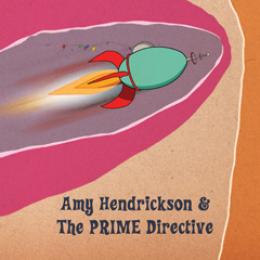