Plus Top 25 for March, Percy Hill video, and more

The Burnin' Smyrnans - Travel Along CD - Florida's finest funk and jam journeymen are back with their second album! Travel Along moves between rock, fusion, reggae, jazz, funk, and even more styles, creating an expansive, rewarding trip through this up-and-coming band's world. $14.00

The Tomorrow Show with Tom Snyder - John, Paul, Tom and Ringo (2 DVDs) - On April 25, 1975, John Lennon gave what was to be his last televised interview. As he spoke with Tom Snyder on The Tomorrow Show, no one suspected he was about to take an extended hiatus from public life. And no one could have predicted that Tom would rebroadcast the interview 5 years later - in memoriam, the day after Lennon's tragic death. This interview with John Lennon that re-aired on December 9, 1980 is one of three conversations Tom had with former members of The Beatles. Paul McCartney and Ringo Starr were enjoying solo career at the times of their interviews, and their comments provide further insight into the effects of Beatlemania on their lives. $22.00

Yohimbe Brothers - Freedom Now DVD - With Yohimbe Brothers, guitarist Vernon Reid (ex-Living Colour) joins forces with his New York buddy DJ Logic to create a fusion sound at the crossroads of funk, rap, psychedelic and Latino rhythms. This film, shot during a Banlieues Bleues 2005 concert, experiments with the image/sound relationship using a VJ technique in postproduction that consists of recreating the conditions of live multicam to treat each track with specific graphics, colorization, double exposure, distortions or typographic images. The first-ever Yohimbe Brothers DVD can be experienced as an exploration of the particular resonances between image and sound in the tradition of the great psychedelic trips of the 1960's and 70's. $19.99

Woods Tea Company - The Passage CD - This is the 9th release of a Woods Tea Co. recording. In the fall of 2003 the Woods Tea Co. released a DVD titled "An Evening With The Woods Tea Co from the Vergennes Opera House." It was the last release of the Rusty, Mike, Howard & Chip quartet. At the beginning of 2006, plans were made to produce a new studio recording and some initial tracks were completed. In July 2006, Chip was hit by a truck while on his motorcycle near his home in New Hampshire and died in October. We managed during the next 10 months to sustain our schedule with numerous guest artists. On August 15, 2007 Rusty died of a sudden heart attack. Our founder and leader was taken from us and the process of grieving and surviving began again. It would have been easy to postpone this recording; instead we've used this project to focus on the future and allow the spirits of our late comrades to guide us. Chip appears on two tracks (Saratoga and December's Child). $14.00

Jackie Greene - Giving Up the Ghost CD - You may have seen this up-and-coming performer with Phil Lesh and Friends recently! Named "The Prince of Americana" by the New York Times, Jackie Greene is steeped in country, blues, jazz, rock and folk traditions, defying easy categorization. Performing live with a guitar and a harmonica rack, Greene has accelerated past initial cries of the new Dylan and has managed to forge a unique musical vision. With four distinctive albums under his belt, Greene's Giving Up The Ghost is an energetic showcase of folk, blues and rock that he has taken to another level. Produced by Steve Berlin (Los Lobos), Giving Up the Ghost also features collaborations with Larry Campbell (Bob Dylan), Mic Gillette (Tower of Power), Dave Hidalgo (Los Lobos), Phil Lesh (Grateful Dead), Pete Thomas (Elvis Costello) and others. $14.00

Annuals - Wet Zoo EP - This void-filling EP should get fans of this up-and-coming North Carolina band by until the next full-length! If you liked their first disc, you'll be super excited for the new album once you hear these tracks! All the emotional, celebratory, and heartbreaking elements are intact in this deeper sound. Features 3 new Annuals tracks, plus 2 tracks from their pop-rocking alter-ego, Sunfold (all the band members are the same)! $5.99

The Gibson Brothers - Iron & Diamonds CD - With Iron & Diamonds, Eric and Leigh have taken their rightful place on the American jukebox. The Gibsons have made a conscious effort to co-write most of the songs on this album. By using their own band and a single microphone for their duet vocals, you hear exactly what you hear in a live show: a tight ensemble that plays to the song, toneful and nuanced lead and duet harmonies, and songs that can move you to tears or to the dance floor. $15.99


We have also rounded out our Boards of Canada collection now that WARP has switched distribution:

Due to a manufacturing error, the vinyl release of DeVotchKa's A Mad And Faithful Telling has been moved to June 18. We apologize for any inconvenience, and you may still pre-order the album. 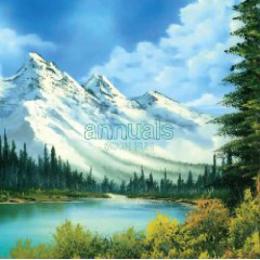 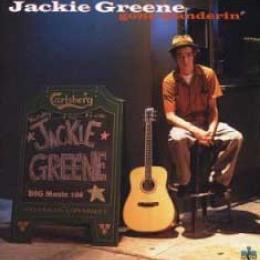 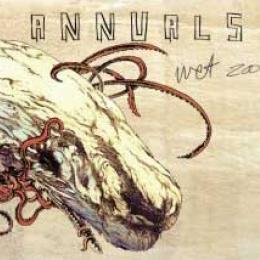 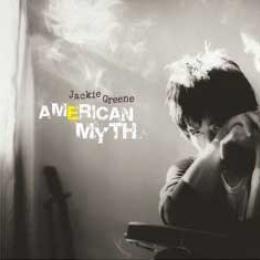