Interview with the MJ Project

MJ Project creates an exciting blend of instrumental groove, funk, electronica, complex rock and progressive jazz. The 4-piece band, which has been together since high school, creates a rich and cosmic sound based heavily on improvisation. As a result of their constant desire to find new influences and ability to play together without any pressure, the members of MJ Project have evolved together at their own comfortable but rapid pace.
Interview By Melissa Bruck

HGMN: What does your name stand for?

Paul Weinstein of MJ Project: This question is a lot more complicated, I think, than most interviewers realize. You see, we've been performing together for several years (since middle school), and we had performed under various awful names that I'm too ashamed to even repeat right now. One summer when we were really young, Ben Karp (our guitarist) and I were away at camp, I believe, and Ian and Jinx decided they wanted to make some money and get some experience, so they obtained several gigs, just drums and keyboards. For whatever reason, they settled on MJ Project, standing for McGuire and Joglekar, their last names, and "Project" because it was really a side project to the other band, which hadn't really broken up but wasn't really playing much. Interestingly, they started to generate a decent audience at these MJ Project shows, playing original tunes that Ian had written but never shown us in the other band. After I got back, I started learning those songs, and Ian and Jinx asked me to play some MJ Project gigs with them; it wasn't long before Karp joined us again too. Since they were starting to establish something with the name MJ Project, we just stuck with it for a while; neither Karp nor I were offended that our names weren't part of it. After a few years, we considered changing it, but couldn't find anything better; we feel like we've grown into this identity as the MJ Project, where the M and J really can just stand for whatever you want as a listener. Sorry if that sounds pretentious. The alternative is to ask one of us when we're in a particularly goofy (or drunk) mood, at which point you'll receive various nonsensical but certainly intriguing interpretations.

HGMN: You guys are based out of Philly, did you all grow up there?

Paul: As noted above, yes, we did. All of us were in the same school system since kindergarten, though Karp and Ian go back further, I believe. We became friends in middle school and sort of just grew and evolved musically together, both in terms of what we've been listening to and our own personal skills on our instruments. It's actually quite a nice little suburb just north of Philly called Cheltenham; it's a decent community with a lot of great people that have supported us for a while. But it's especially awesome to be able to have a great, thriving city scene so close by (not to mention, New York, Baltimore, and several other cities ain't so far away either). Philly has been very good to us and we're always flattered when people tell us we have a "Philly sound," even if we don't quite know what that means.

HGMN: Please briefly describe each of your musical backgrounds.

Paul: I started obsessing over music when I really started digging into my dad's record collection around age 10 or 11, and picked up the guitar shortly after. I somewhat stereotypically picked up bass because no one else would around 9th grade, but it was the best decision I ever made, and I've never looked back. I took lessons for about 6-7 years and stopped when I went to college, but while there I performed in various jazz combos and big bands. Didn't actually study music, but still played and evolved, i think, quite a bit.
Jinx (drums) - Has been playing drums as far back as I can remember, even like in elementary school. He took lessons throughout high school, then went to University of Pittsburgh, where he majored in Physics and Music and continued studying the instrument and gigging around town. He went to Africa one summer and studied all kinds of traditional drumming and dance, then wrote a ridiculously impressive thesis on the subject. I like to think this has translated heavily into his playing.
Ian (Keyboards) - Also has been playing piano forever. He was "that kid" in high school, always the accompanist for the musicals, etc., but without all the stereotypical geekiness normally associated with that job (well, maybe SOME of it). But more than that, he was the first kid the really have any talent in terms of improvising, and that set him apart from all the other musicians at our school; everyone recognized there was something special about his playing pretty early on. He went to Berklee School of Music in Boston, where he majored in Jazz Performance and actually graduated, unlike many Berklee kids. He won several scholarships and was definitely a superstar. Today, he teaches students on piano and drums and performs as part of several groups in several settings.
Ben (guitar) - I think he started guitar around the same time as me, except he wasn't cool enough to realize that switching to bass was a good idea. Anyway, he took lessons throughout school and also went to college in Pittsburgh (Carnegie Mellon University), where somehow he woke up one day and discovered he had turned into a jazz guitar genius. I kid you not. It was like one day, he sounded all right, the next day he was blowing minds. He spent a lot of time teaching and gigging, and just plain practicing, for hours on end. He created his own jazz-related major and performed in groups around town, really built a name for himself. He also teaches students today through various schools, including the Paul Green School of Rock.

HGMN: How long have you all been playing together?

Paul: As I said, since middle school. The lineup we're currently in hasn't changed since 10th grade. I see this as a kind of "advantage" we have over some other groups, especially for a band that is very focused on improvisation and keeping things interesting instrumentally. A lot of groups form quickly with a bunch of strangers that hardly know each other on a personal level, let alone a musical one. Plus, many musicians have a tough time balancing the need to make money off of being a musician, in order to make ends meet, with taking the time to really make their bands sound good and professional; so they might start gigging in public for cash, but sound horrible, and end up getting nowhere because it's just not working. We were able to get that all out of the way while we were still young and living at home, mooching off our parents, without having to worry about actually making a living off of what we were doing at first. In other words, we were privileged to get all the bad stuff out of the way before anyone was listening, without much pressure, and this has allowed us to sound much tighter and more professional considering we're fairly new on the actual scene.

HGMN: How would you describe your style?

Paul: Always a tough question. "Instrumental" is always important to say early in the description. More specifically, though, I always like to use words like "funk/rock/groove", definitely with an electronic influence. I think "progressive" is a good word too, because we do try to take a lot of definable stuff and do something else with it that pushes it ahead. I sometimes hesitate to use the word "jazz", although I'd be ignorant to say we weren't jazz-influenced and didn't sound quite jazzy at times. We improvise a lot, we solo a lot, we never play a song the same way twice; but I don't feel like we fit well into the serious jazz scene, and we sometimes feel awkward at jazz clubs. Progressive jazz might be a better way of putting it. Throw "progressive" in front of anything and it makes it OK, right?

HGMN: Do you guys have any pets?

Paul: We sure do! We're big on dogs. I have a rather large golden retriever named Jackson, Karp has a very excitable pit bull-type dog named Zac, and Ian has an energetic young cocker spaniel named Iggy. I also have a cat named Daisy, who likes to boss Jackson around. It's awesome.

HGMN: How do you feel about the Dogstock cause?

Paul: It's a great bonus for a great gig that we were already excited about playing. It's kind of like this: Three of us, plus several of our friends, are vegetarians, not necessarily exclusively for animal rights reasons, but it certainly helps to know we're doing something that could make a positive dent in the lives of other living beings. I personally like to believe that what goes around does someday come back around, so the more positive your life, the better for everyone and everything you reach.

HGMN: What do you think sets you guys apart from other "jam" bands out there?

Paul: Again, like I said before, I feel like we have almost an "advantage" in that we have years of playing experience that a lot of newer bands don't have before they start to reach a larger audience. We're able to communicate very well through our instruments; we can take risks without worrying if the other guys will react well enough to make it work. I also like to think something interesting about us is that we're able to admit to ourselves when something is NOT working... If we're practicing a song or a cover or something, and it's just not coming together, we will keep trying, but if it's REALLY just not working, we'll scrap it and focus on something else that we're sure we CAN get. We try to make sure our shows live up to the high standards we set for ourselves.

Paul: Personally, a dream show for me would involve a lot of positive audience response and connection. I'm talking about a large group of genuine fans that know our songs on such a level that they can anticipate every little transition and nuance, but are also excited to hear the different directions in which we take them and actually surprised by our surprises. Mass active listening is another way of putting it. It would be a huge bonus if this show also included all our closest friends and family, and maybe even some of our fellow musician friends from all over, sharing the bill. That sounds good, yeah.


HGMN: What are your plans for the summer?

Paul: I dunno, I'm hoping to stop typing these probably unnecessarily long answers before July :) Just giggin' and workin' and chillin' I suppose. 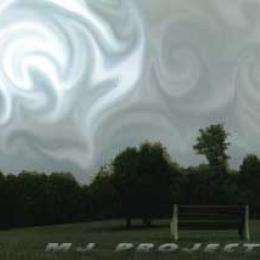