Barefoot Manner - An Influential Side

There are many musical groups and artists that leave an impression upon us, the listeners, at some point and time in our lives. Some of these help us through the hard times, while some cause us to remember the good. Then there are those few who follow us throughout our lives, carrying us through the bad, the good and the mundane. Barefoot Manner is one of those bands, with the kind of music that crosses several genres and can make even the most stalwart listener feel the contagious beat of their original songs.
An Interview by Jennifer Harp


Beginning as a trio in 2000, this group of down-home, back porch artists became a quintet by 2003. The next few years saw these talented musicians touring heavily while working on album after album. David Kleiss, Shawn Chase, Walter Hensey, Jeff Garland and Hank Smith were the backbone of this Caribbean infused bluegrass group.

New Year's Eve of 2005 was an ending and a beginning for this long running band. Walter Hensey retired and Leo Kishore came on board. With the most positive of attitudes and the best of original bluegrass music, Barefoot Manner has changed little over time. As a group who, some say, is best heard live, they have left their own mark on this industry, becoming an influence named by many; new artists and fans alike.

I was fortunate to have a chance to chat with them at The Old Town Draught House in Greensboro, NC, before their set that night, opening for Sam Bush. The humbleness of these guys and their genuine love for what they do came across in our conversation. Amongst the joking around with each other, the members behind this wonderful music discussed how they feel about becoming influential and their plans for the future.

HGMN: I have talked with other bands recently in this same genre of music, Beaconwood and The Avett Brothers specifically, and both groups had nothing but good things to say about you guys and the positive influence you have been, and still are, to them as musicians. How does that make you guys feel to know that you have been this 'driving force', so to speak, for newer groups, especially the younger set, such as Beaconwood, who are just teenagers?

David: It's sort of, like, coming full circle, so to speak, because there are obviously many bands that influenced us. So, to do that for another group is like "coming of age."

Jeff: That's what Leftover Salmon did for you, right?

HGMN: I've noticed a lot of younger fans at the all age's shows and festivals. They become interested in learning to play instruments, such as the banjo, the mandolin, the bass, because of watching you guys perform. I know personally, and from talking with other Barefoot Manner fans that have children, the increased amount of interest in these instruments specifically. It's not so much the drums and electric guitar anymore. Does that influence your performance at the 'all ages' shows vs. the 'adult only' shows, when you know that a younger group is going to be there?

Hank: Well, it's sort of like, you're trying to stay true to what you're doing and stay true to the music no matter who they are. It's up to them how they experience whatever it is that we have to offer. It's not so much like we cater it one way or the other, we just play. Then whoever likes it, likes it. It's not set to one specific crowd, the Bonnaroo crowd...

Jeff: Whatever that is... (laughs)

HGMN: Is there going to be a new album from you guys coming out soon? It has been while.

Jeff: Yep, we're going to the studio in September.

HGMN: Who writes the majority of your songs, the lyrics and the music? Is it more like a group effort, or is it like you're sitting at home alone, come up with something and take to everyone else?

Hank: It just depends on who came up with it. Everybody's got their own different way of bringing something to the table when we have a rehearsal or something like that. I know Shawn and Dave like to have a bit more of a group thing, everybody has an input. They'll come with an idea, like three quarters of something, and we'll all go over it, mess with it a little bit. I know personally, I bring stuff in that is pretty much finished, and we'll play with it in the realm of performance. Leo's brought in a lot of new stuff since he's joined us...

HGMN: Leo that was yours? The "Price is Right Theme Song" is great!

HGMN: Leo, are you feeling more comfortable with the rest of the group now then when you first started in January?

Leo: Yeah, I'm more into the groove, for sure.

HGMN: You have been incredible from the start.

Jeff: The beatings have stopped. (laughing)

Leo: Yeah, the hazings and joking aside...

David: It's not over yet though.

HGMN: Since my first Barefoot Manner experience, I haven't been to a single show, where everyone, and I mean everyone, isn't moving in some aspect to the music. Even the most reclusive guy standing in the back of the room has been seen bobbing his head to the beat of many a Barefoot Manner tune. How does that make you guys feel when you are performing and you look out into the crowd and see that much enthusiasm for your music? Does that cause you to put forth that much more "energy" into that night's show vs. if you look out into the crowd and most of the audience is sedentary?

David: It's a back and forth process. You have to admit, when you're playing to a sit down crowd that's very quiet and calm, I know they're a listening crowd, your sets tend to differ from a rowdy club show where everybody, like you said, is moving from the front to the back, it does affect how you play.

HGMN: Do you have pre-determined set lists before shows? I ask this because you guys hardly pause between songs during performances. You blend one song skillfully into the next without missing a beat.

Hank: We do try to have a set list so it flows really nice like that, a guideline if you will. It very rarely stays that way though.

HGMN: I see, so it just depends on the energy of the crowd, like we discussed earlier.

David: Sometimes somebody on a whim wants to play something...

HGMN: One more quick question, or maybe two, first - Robot Monkeys? What is that about?

HGMN: Is this going to lead to an album of sorts?

Hank: We're not even there yet.

Leo: We might have a half of a shows worth of material.

Hank: It's going to lead to a bunch of random recordings. (laughing)

HGMN: But what you have on your myspace page is good.

HGMN: Tell me about Camp Barefoot vs. Mannerland.

Jeff: The first Camp Barefoot is in Virginia. One of our co-workers is Heybro Productions, who's putting it on. They're fantastic. They've helped us out tremendously and when they approached us a year ago and said 'Will you headline a festival and can we call it Camp Barefoot and bring all these other amazing acts,' we were like 'Yes! That's a no-brainer for us, that sounds fantastic.' And then Mannerland, we've had it in the same location for the last three or four years. We're thinking about trying a little something different this year, but we're going to announce all the information soon.

HGMN: So all of that information will be on your website?

Jeff: There you go.

Shawn: We've been just holding off and focusing on Camp Barefoot for now.

HGMN: And you guys' will have a new album coming out...

Jeff: Yes, the new album. It's going to be a busy fall and winter for us.

HGMN: I think your fans are ready for the new album.

Shawn: We are as well.

HGMN: Deering banjos. Let's talk about that for a minute. How much do you guys feel that this endorsement has helped you guys out as a band?

Hank: How it has helped us out as a band, I'm not sure. It helps to have that there. I guess when people are going through, looking at different bands that are playing at different festivals and they see our name and look at our website and see that on there it gives us, I guess, a little more extreme credibility. I don't know what the proper phrasing would be, a mark of professionalism, I guess.

Jeff: It helps that he smashes a banjo at every show... (laughs)

Setting banjos on fire is indeed an accurate description of Hank Smith's abilities with them, not to be outdone by his other band mates' expertise on their instruments of choice. Shawn Chase plays a beautiful mandolin, Leo Kishore a kick-ass bass, Jeff Garland is talented and skilled on the percussion (washboard not withstanding) and David Kleiss plays a mean guitar and has wonderful vocal skills that blend well with everything else.

I had a good time talking with this nice group of gentlemen. Having followed this band since I first came across them five years ago, I am happy that they are still going strong, constantly attracting new fans of all ages. These fans, new or old, can all agree that the fun that Barefoot Manner has performing carries over into their studio work, but is most obvious in their live performances.

Having been to many a Barefoot Manner show, I was not disappointed in the crowd's response to them that evening in Greensboro, NC. As we were treated to a rendition of Bela Fleck's "Whitewater" performed not only by Barefoot Manner, but with Sam Bush joining them on stage with his fiddle, I looked back through the crowd. Feet were tapping, people of all ages were dancing, daddies were bouncing small children on their shoulders and there was a lot of smiling. Focusing back on the music at hand, I lost myself to the magic flowing from the stage. 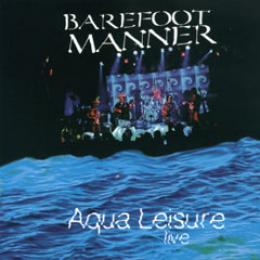 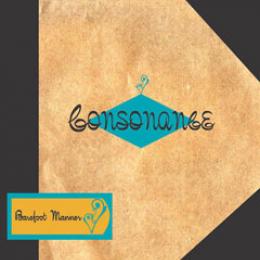 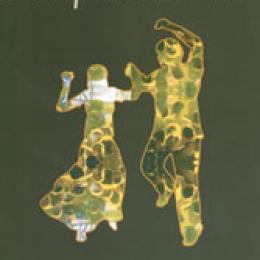