I caught up with U-Melt before their July show at Revolution Hall in Troy, NY. The guys were both funny and intriguing. We talked about everything from Phish to the passing of Michael Jackson to the bands latest album.

HGMN:  George, why don't you start by telling us how you all met.

George:  We actually met in space and flew to Earth on a giant burrito (laughing).

HGMN:  And the burrito landed in New York City, right?

George:  Yeah, in Brooklyn.  Well, actually in Queens, at the end of a runway at JFK.

Zac:  That part is true. That's where our first rehearsals were.  We had this place right at the end of a runway at JFK airport. We figured no one could bitch about the noise.

Rob:  Remember the Great Blackout in the early 2000's? That was like our second or third rehearsal. That was actually us, we caused that blackout.

Zac:  Yeah, that whole "busted wire" story in Ohio, that's bullshit. It was actually us. It was messed up, it happened right when I was plugging in my keyboard.

Rob:  Yeah, we seriously thought we did it.

HGMN:  It's well documented that Phish was one of your influences, who else influenced you guys and your music?

Rob:  Phish was really just one small influence in a big sea of influences.

HGMN: Were they mostly jam bands?

Rob:  No, mostly NOT jam bands I would say. I guess like the Allman Brothers, Garaj Mahal, stuff like that.

HGMN:  Assuming the burrito story isn't totally true, how did you guys all meet?

Rob:  Actually, we met through a music message board. Right?

HGMN:  Why is that? What did you think you'd be doing?

Zac:  I come from a lot of places, but was mostly going down the "singer songwriter" road. That's what I thought I'd be doing.

HGMN:  You must still use those skills now?

Zac:  Oh yeah, I do. It all comes back to having a good song. I took a lot of theater in school and that influences a lot of my writing. I listen to a lot of "prog" rock, that influences my playing. That's why I have like 12 keyboards. But honestly, back to the Phish thing, I never liked Phish until George took us to see one of Trey's solo shows. Then I loved it, I thought that was great. And so as a student of music, George was really into Phish and he really wanted to get me involved in that stuff. So I started to listen just to learn from it but I was never really a Phish fan. I actually never saw them until after their hiatus thing.

HGMN:  So do you take offense to being compared to Phish?

Zac:  It is what it is. You know, we're a four piece band, we have long sections of crazy composition, long sections of exploratory and experimental improvisation. In those ways, I can't say the comparison isn't valid.

Rob:  Thanks, we appreciate that. You know, Trey may not technically sing well, but I like the sound of his voice.

Zac:  The thing I remember when I first heard Phish was "Wow, you don't have to be great singers to be successful". It kind of surprised me 'cause, well you know a lot of great song writers are NOT good singers. Dylan's not a good singer. Or like Tom Petty, he doesn't have a great voice but I love it. It's different and unique, it's Tom Petty. Not to mention he writes some of the best songs ever.

HGMN:  You guys tour a ton. Do you ever get worn out?

Zac:  Oh yeah, it's hard work. Sometimes you just want to pack it up and go home.  We all have lives outside of this. When you go away for weeks at a time, it sucks. You miss your families, girlfriends.

HGMN: Do you guys prefer the festival scene over the club scene or vice versa?

George:  It really depends on the show.

George:  Because we play festivals that are headlined by national touring acts or sometimes we're the headliner. Each one has its perks. When you're at a large festival with larger acts, you can get lost in the crowd. You can walk around unnoticed and enjoy some of the other bands. But at the smaller shows, sometimes you can get inundated pretty quickly. Thankfully, we're not that famous yet.

Rob: Obviously though, when you are the headliner, you get more attention, you get to play longer. There's definitely an upside. Playing for thousands of people at a festival is awesome, there's nothing like it. Don't get me wrong, we still love playing for small crowds of several hundred. But we've finally gotten to that point where we've played a few bigger festivals or opened for some bigger bands and we've learned to effectively play to a crowd of that size. That's one of my favorite things to do.

HGMN:  After playing a long time on the road, do you find it difficult to play within the "structure" of a studio session?

Adam:  It seems like we actually have to relearn that each time we go into the studio.

Zac:  It's definitely a different game. I personally love being in the studio, I really enjoy it. We actually built a studio in my loft and that's where we've been working on our latest album for like a year and a half. And I love it, you know, getting down into the minutia of the music. But just like touring, there's a different sort of tedium to it, you can want to kill yourself after awhile because you're looking at things on such a minute scale. It's really easy to lose perspective on the bigger picture when you're looking at every single note and making sure it's perfect. It's a whole different type of creativity. You need to approach it differently, use a different part of your brain, different skill sets.

HGMN: When you make a studio album, do you tape it straight through?

Zac:  No, not this one. The one we're working on now has taken a year and a half while we've been touring.

Zac:  Yeah, we locked ourselves in the studio for... I think the first one was actually just a week.

Rob:  Yeah, it only took us seven days.

Zac:  We would do like 14 hour days and just lay out track after track after track. But we knew that this record was going to be much more complicated. There was more we wanted to do with it. We really wanted to get into it. We just couldn't have made this current record the old way.

HGMN:  Is each album getting more complicated, more complex?

Zac:  [laughing] I think we might have reached a peak with this one.

Rob:  This album, in every way possible, is much more complicated than anything before it.

Zach:  And it's much more complex than the album after it will be, too.

HGMN:  What's the release date on this upcoming album?

Zac:  Yeah, definitely. We were actually planning for the fall of 2009. We're a little behind schedule.

Rob:  Seriously though, we're not like a lot of other jam bands when it comes to the studio. A lot of bands will just play a song a bunch of times. They'll take the best track, fix it, edit it, and that's it. That's NOT what we're going for. We're going for like Queen meets Yes meets Pink Floyd.  We're always trying to create some really intense "studio album" shit, ya know?

HGMN:  When you guys start a track, do you already know exactly what you want it sound like on the other end?

Zac:  I'd say yes, well we at least have a pretty good idea. Things change along the way, where like I'll be laying down some keyboard tracks and I'll come across a cool sound and we might throw that in there. So we have a good idea what we want it to sound like but it inevitably changes. And now, having our own studio, we can take our time, experiment, and make the best music we possibly can.

George:  Yeah, and with this album we really went to the extreme with our "no time restraints" theory. So much so that we've agreed that next time we have to put time limits on ourselves.

HGMN: Kind of a Catch-22, isn't it? You need time restraints to get it done but then you don't have the time to make it exactly how you want.

Zac:  But you never do, that's the other part of it. It's never perfect, never good enough. We just eventually say "fuck this, we need to be done. We need to put this out there so the people can here it".

HGMN:  I get the impression that you guys all push each other to a higher level. Is that true?

George:  We push each other all the time, in many different ways. These guys push me as a rhythm player to really understand what they're doing as far as music theory is concerned and I push them rhythmically, we all push each other vocally. Considering all the ways this could have played out, I couldn't pick a better bunch of people to play in a band with.

Adam:  Thank you. Thanks man, that's a great compliment.

Rob:  [laughing] I would say since 2003, all of us but (Adam) Bendy have become such better musicians.

George:  [laughing] Yeah, he's gotten slightly worse! We attribute that to his ego.

HGMN:  On Michael Jackson's 50th birthday, you guys did an MJ medley. Have you played any tributes to Jackson since his death?

Zac:  We've played a few teasers. We were actually having a band meeting when we heard he died so we were like, " yeah , I guess we should play Thriller or something".

Rob:  We did a whole verse, chorus and bridge of "Don't Stop 'til You Get Enough" minus the vocals recently. That was pretty cool.

Zac: The thing about Michael Jackson is that none of us have any business trying to sing his stuff.

Rob:  Not as an excuse because it wouldn't have made any difference but we did just learn the words to those songs like a day or two before the show. We definitely weren't trying to be Michael Jackson. We just wanted to have fun with it.

Zac:  The amazing thing about that is it didn't matter we couldn't sing. There were like 1500 people under that tent all singing along. Nothing we have ever done has been more well received than that 15 minute Michael Jackson medley, which actually sucks for us. But it is a testament to how good that music really is. Everybody loves it.

George:  Never before s something like that happened. I look up, and I literally saw 100's of people running into the tent.

Zac:  His music is just so good and everyone knows it and everybody loves it. I don't think you can't love it. He was amazing. His personal life...whatever, but what he did as an artist is unparalleled.  His music was all about the groove. It's such a visceral, primal groove. It's just really awesome.

HGMN:  Thanks guys. We'll keep an eye out for the new album. It's been really great talking with you. 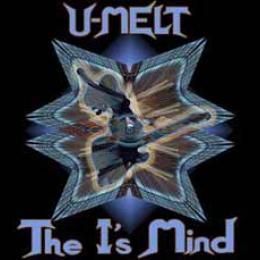