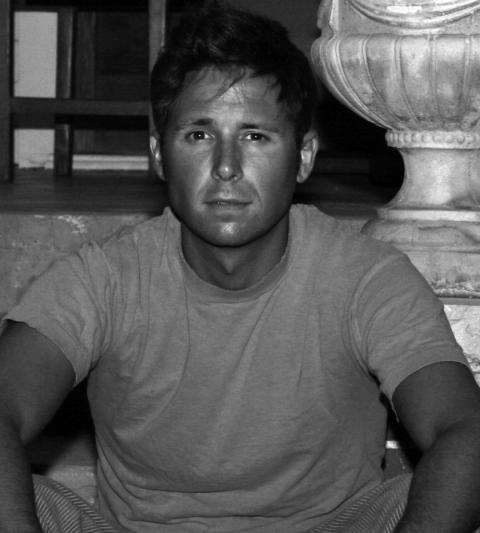 Former Green Lemon guitarist, Wayne Allen will finally unveil his new musical project with the debut full length album release from his new band, the SKYS, entitled “Small Dreams in an Elevator”.
The disc is due for release on Allen's own imprint label, LTC Records in January, of 2010.   Allen, who spent the better part of the last decade fronting the Midwest touring sensation, Green Lemon, has been hard at work recording the new album at Chillhouse Studios in Boston, MA.   The album is being co-produced by Will Bradford (of SeepeopleS & Freepeoples Frequency) and Will Holland, best known for his work with the Pixies and Dead Can Dance.   Most importantly, Small Dreams in an Elevator represents a new evolution in Allen's songwriting and a refinement of the sound he has spent the last few years developing.    With one foot in the door of traditional anthem-like rock melodies, and the other foot wildly kicking out into an entire universe of original sound-scaping and electronica, "the SKYS" is as revolutionary as it is utterly addictive!  These are songs that are as much at home being played on a car stereo as they are being played in an arena.

Some of the stand-out tracks on the album include the jungle indie-garage concoction, "Turtles," and the hard house dance infused "Nice Place," which is a complete re-working of a Green Lemon favorite.   In addition, the truly unforgettable "Heavy Eyes," is also the first single from the album and sure to be one of the biggest  hits of the year.    Allen's collaboration with Holland, Bradford, and with Freepeoples Frequency's beat creator, Brooke Binion is highly evident throughout the album.    Each song is a true hybrid of heavy synthesizer laden layers, glitch driven beats, electronic pads and guitar rock and pop, much in the spirit of acts like Radiohead, the Flaming Lips, and Bright Eyes.  What distinguishes "the SKYS" from its sonic-pop predecessors is Allen's distinct vocal delivery and his knack for anchoring melodies throughout the album, even as the sonic settings change from song to song.   It is more than refreshing to hear an album that is meant to be listened to from beginning to end, especially in the modern single-track-iTunes world."

Allen's writing has evolved since bringing us songs such as the Relix Magazine JamOff Winner "Mess" and the heavily requested "Shoestring".  This same talent is evident on "Small Dreams in an Elevator".     With thought provoking lyrics and solid melodies, the songs favor a more concise and focused style of songwriting, and the results are splendid indeed!

Wayne Allen and the SKYS are also pleased to announce the debut of their first music video for the song, "Heavy Eyes," which is the first single from Small Dreams in an Elevator.    Director of Photography, David Whitson (Vazda Studios, Birmingham, AL) utilized a creative vision that meshed well with the track.   "I was excited to work with Allen.   The song "Heavy Eyes" is a great track for video as it allowed endless creative possibilities.  Our vision was to make a video as colorful as the music.   The collaboration between Wayne and I during the production process couldn't have been better.  In addition, Video Editor, Tim Kimberling, really helped bring our vision together in post."   The video for "Heavy Eyes" can soon be previewed at www.theskysband.com/video. Currently, the SKYS is gearing up for their first nationwide tour in support of the new album.  Up to date concert information can be found on the SKYS official website.
Genres:
Electronic
Indie
Pop 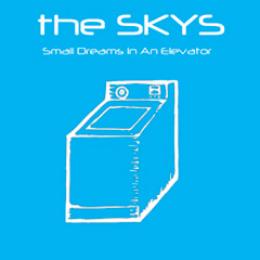