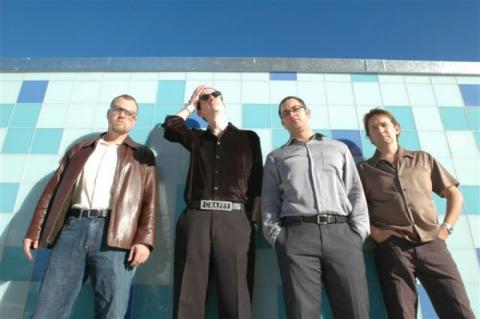 It's a familiar question by now. "Why Gnappy? What does it mean?" The answer is simple. It means "funky." "I grew up in Houston," says guitarist/producer Buck McKinney. "Gnappy was slang for 'funky.' It might mean funky 'weird,' or funky 'groove,' but it always meant 'funky.'"

The name fits. Muddy Waters once sang "the blues had a baby, and they call it rock and roll." If 70's-era groove-jazz had a baby, they might just as well call it Gnappy. Combining elements of 70's jazz-funk with 60's horn-driven pop, Gnappy sounds like the bastard son of Tower of Power and Average White Band, with a healthy dose of Wired-era Jeff Beck thrown in for good measure. That's not to say that Gnappy is an exacting "throwback." To the contrary, Gnappy's sound is less "tribute" than "homage," and its reverence for vintage funk is balanced by an appreciation for hip-hop, modern jazz and electronica. But roots run deep, and Gnappy's roots run decidedly to the groove.

Gnappy unveiled their contemporary approach to the funk-jazz idiom on their eponymous 2001 debut - an album that landed on many critics' top-ten lists, and held-down the "Featured Artist" page of internet-giant Napster for an unheard-of 4 weeks. The achievement clearly suggested that Gnappy could hold their own in a peer-to-peer world dominated by indie-rock, hip-hop and pop, and may be as good an argument as any for the promise of "cross-over jazz." In the words of one music critic, "if you heard Gnappy's MP3s on Napster before its early demise like I did, you probably became hooked." (Music Revue).

In 2003, Gnappy released their follow-up Is This A Machine? - which, again, received near-unanimous critical acclaim and upped the ante for 21st century funk-jazz. The result - "63 minutes of classic groove - dig it." (Austin Chronicle).

Gnappy's third album, Unloaded, is perhaps their most ambitious musical statement to date - a deliberate piece of work in which the compositions speak as loudly as the performances of them. From the unforgettable theme of the title track "Unloaded," to the modern boogaloo "Gatorade Brain," to the staccato double-horn attack of "Sushi Pimp" - Gnappy exhibits a dizzying array of moods and styles, and yet all of the songs share a cohesive modus operandi - tight arrangements, crisp performances and focused melodies. For the involved listener, this taught, turn-on-a-dime approach yields rich rewards.

Guest appearances add to the bounty, including the trumpet-work of fellow Austinite Ephraim Owens (Karl Denson's Tiny Universe, Blaze). Additional surprises include Gnappy's first vocal performance (on title track "Unloaded"), and the hip-hop workout "Bahl Hornin'." Icing on the cake is Gnappy's four-way musical ping-pong match "Grease Don't Freeze," which nearly blows the roof off the joint. In the end, Unloaded may be the most aptly-titled album of the year. Like a veteran prize-fighter, Gnappy leaves it all in the ring.

"All the down-and-dirty funk sensibilities of George Clinton [with] a spacy, acid-jazz edge . . . this is exciting, listener-involved music, with hooks that keep you on the tip of your toes." - Music Revue

"Oh mama, they may hail from Austin, Texas, but this band is pure New Orleans jazz-funk . . . creating music that is at once smoky and ebullient." - Lafayette Daily Advertiser 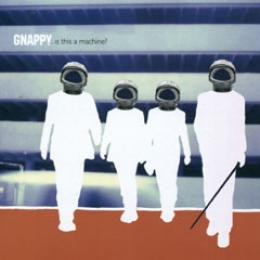