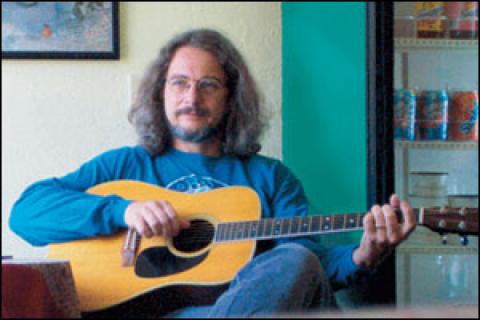 After you've seen a David Gans show or heard one of his records, you're likely to ask yourself, "Where's this guy been? Why haven't I heard of him before?" The answer to both questions is that you weren't looking in the right place, but don't worry, it's not like it was obvious.

The thing is, Gans started out as a musician in 1970, playing guitar and writing songs and performing both as a soloist and as a member of various bands around the Bay Area. So were a lot of other people, so don't feel bad about missing him back then, either.

Then, in a pretty much unprecedented career change, he became a music journalist. It usually happens the other way around, and it's almost never successful. But Gans' journalism career was quite successful: he worked for BAM, a free San Francisco-based magazine, worked for Jann Wenner's Record from its beginning to its end, and was music editor of Mix magazine for a while. As he says, "Writing for music magazines gave me access to musicians and producers and record company publicists. I got a million-dollar education from interviewing Leo Fender, Randy Newman, Fleetwood Mac, Steve Goodman, T Bone Burnett, Warren Zevon, Ted Templeman, and people like that. I spent time in recording studios, learned how the music business operates, rode in limos with the Doobie Brothers, got lots of records for free, and got paid for all of it."

Magazine work gave way to book work, and in 1985, his first book, Playing in the Band: an Oral and Visual Portrait of the Grateful Dead (co-authored with Peter Simon) about his long-time favorites the Grateful Dead, was published to much acclaim. While he was working on his second book, Talking Heads: The Band and Their Music, he produced a show for a Grateful Dead radio show on a local station, and discovered he liked doing it. Before long, his Grateful Dead Radio Hour was syndicated on dozens of stations across the United States.

All during this period, though, he was aware that he'd gotten away from his first love: actually making music. In the mid-1990s, with Jerry Garcia dead and the band on hiatus, Gans saw his last excuse evaporate: time to get to work.

Get to work he did: using everything he'd learned about the music industry as a journalist, everything he'd learned about networking from the incredible Grateful Dead web of fans, and everything he'd always known about the kind of music he liked, he resumed performing and writing songs in earnest. With the radio show paying his living, he released a duet album of himself playing with Berkeley singer-songwriter Eric Rawlins, Home By Morning, in 1997, backing it up by performing around the Bay Area. This was followed the next year by a topical single, "Monica Lewinsky," that got a lot of airplay and publicity and enabled David to expand his touring base.

Touring has always been the best way for unknown artists to develop into known ones, and Gans has seized every opportunity to tour, often for weeks at a time. Over the past five years he has appeared in New York, Philadelphia, Chicago, Pittsburgh, Cleveland, Columbus, Cincinnati, Lexington KY, Louisville, Atlanta, Charlotte, Greensboro, Asheville NC, Charleston SC, Richmond VA, Tucson, Phoenix, Flagstaff, Las Vegas, Seattle, Portland, Eugene, LA, San Francisco, Fresno, Milwaukee, Minneapolis, Duluth, Detroit, Boston, Worcester, and Burlington VT. He's a regular at the Suwannee SpringFest and MagnoliaFest, both held at the Spirit of the Suwannee Music Park in Live Oak FL, and has appeared at the High Sierra Music Festival in northern California.

All of this performing deepened the Gans repertoire and made him a better performer, of course, so in 1999 he began recording his shows, issuing the best performances on Solo Acoustic in 2001. This features not only his own material (including one of the three songs he's co-written with Grateful Dead lyricist Robert Hunter), but also songs by Gram Parsons, Steve Goodman, Gillian Welch, and Martin Mull.

In 2002, Gans became one of the first independent musicians to release a DVD. Live at the Powerhouse documents a stirring outdoor afternoon performance at a northern California brewpub, featuring some of his best material and demonstrating his virtuoso work multi-tracking himself live, using a Boss RC-20 Loop Station.

David hasn't given up the Dead -- the program still airs weekly, and he co-produced Arista Records' gold-certified 1999 Grateful Dead box set So Many Roads (1965-1995) and is currently working on a boxed set of Jerry Garcia's solo work -- but one listen to his music will dispel any thoughts of him as "that Dead guy."

"I've learned a lot from the Grateful Dead," he notes. "They made some truly great songs, and their performances had a narrative structure that used their own songs and the songs of others to tell a story that each listener heard in his own way. I have discovered over time that this is true of my performances as well; I write songs, and choose covers, that further my own narrative, which I am discovering as it unfolds."

After a long hibernation, his singing, songwriting, and guitar playing have emerged to make him a singular artist with his own strong identity. He's David Gans, and you ought to hear him.
Genres:
Rock
Roots
Acoustic
Folk & Traditional 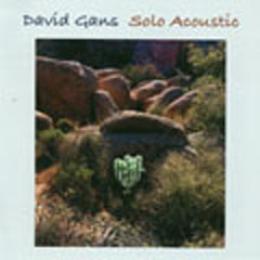 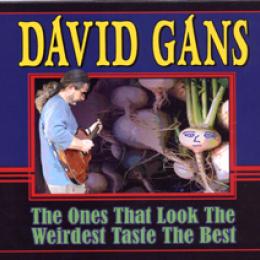 David Gans - Those That Look the Weirdest Taste the Best CD
$13.00
Add to cart 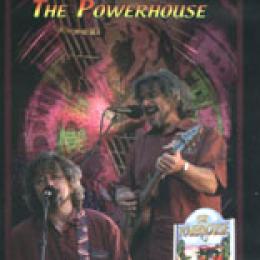