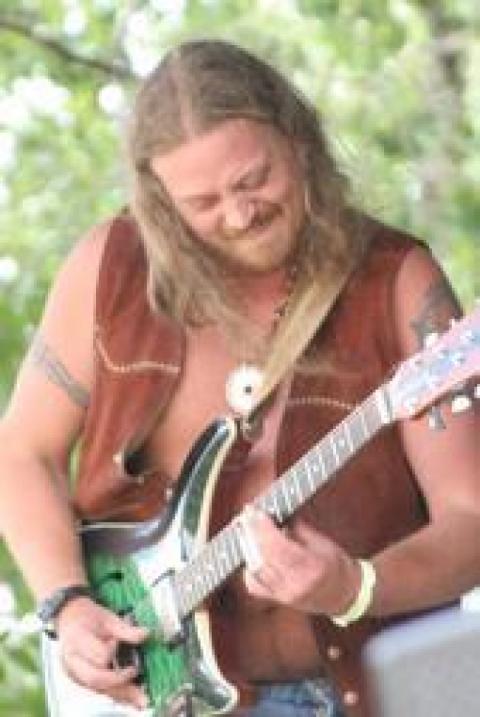 Seth Davis was the normal rebellious teen. But instead of sneaking out of his parents house or defying their other wishes, he slipped into his bedroom, locked his door and played guitar.

"My father's a guitar player and a music major," said Davis. "I think they got me a guitar when I was ten or eleven and a little amp, and I would say 'Don't you guys understand, I don't want to do music like you guys,' just being a rebellious kid. But I would go in my room and plug my headphones into my amp so they couldn't hear me practice."

Davis eventually played for his parents, to their surprise, and began a musical path that has taken him to various cities, "trying to find a place that would be good to me." Nashville, Tennessee was that place, and while living there, Davis fell in with an esteemed group of friends including engineer Robert Battaglia and The Flecktones, the seminal bluegrass fusion outfit led by banjo player Bela Fleck. He remained in Nashville for three years, taking the stage as often as possible, honing his bourbon-soaked slide playing, and connecting himself in the music industry. Davis formed Chef Dave and went into the studio to record a demo which turned into the band's full length debut, Happy Accident, featuring legendary bassist Victor Wooten of The Flecktones holding down the bottom end. The release also featured Allman Brothers Band alumnus Johnny Neel on keyboards and some vocals.

Seth Davis has built a reputation as a down and dirty slide player, making a name for himself in Nashville, Tennessee and beyond, and earning him an endorsement from Modulus guitars. The name Chef Dave came to the band by accident. Seth wasn't enthused about naming his band after himself, but didn't have an alternative when he booked the first gig. While on the phone with the booking agent for Nashville's Exit/In, he reluctantly said they were called the Seth Davis Band. Instead of Seth Davis, the agent heard "Chef Dave," and the moniker stuck.

Johnny Neel:
Johnny Neel's resume includes some of the bigger names in rock & roll, and his soulful, imaginative organ playing has formed the backdrop for the Allman Brothers Band, Blue Floyd, and X-2 among others. Neel was recommended to Seth Davis and Chef Dave as a keyboardist, and he accepted the offer to play with the burgeoning band, adding organ and vocals to Happy Accident. He also hits the road with the band when his schedule permits.
Genres:
Funk
Fusion
Rock
Psychedelic
Progressive Rock
Roots
Blues