Natives of Elizabeth, New Jersey, BuzzUniverse aims to spread their unique sound and positive vibe far and wide! More exploratory than a pop band but not quite a jamband, BuzzUniverse has demonstrated a unique approach in getting their music heard. They took a 'play all day to whoever is passing' gig at New York's Chelsea Piers for the past two summers; they've financed their own free performances in New York City Parks; they've even managed to get a mention in the New York Post's infamous Page Six gossip column. Check out birdfishtree and see what the Buzz is all about!

jambands.com: "Talented & Eclectic...Fun & Funky...Addictive, Hip-Grinding... Buoyant & Blissful... Buzz Universe has certainly raised the bar for themselves with the release of birdfishtree. They have grabbed opportunity by the balls and created a fine album that has plenty of thrilling moments, all the while retaining their tight, cohesive ensemble sound. This record is going to provide a lot of joy to a lot of people, and hopefully, it will springboard this band on to bigger and better things."

New York Post: "That Hot Band from Jersey, BuzzUniverse, who rocked Washington Square Park this weekend, will be celebrating the release of their new CD, birdfishtree, at the Lions Den on October 26th."

www.jammedonline.com: "These guys play really well together - there's a definite sense of the band being a single unit, as opposed to the 'the lead virtuoso guy and the other ones' scenario that many bands find them selves in. And if nobody here has an individually strong voice, then the harmonies make up for it - the bands voices blend really well together. Add a very pleasing variety of musical styles, and the overall package is pretty darn good."

The Hudson Reporter: "Another band might boast that their music combines all genres and fall short. BuzzUniverse is a band that might just pull it off. " 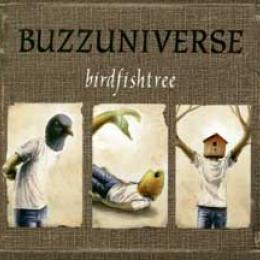 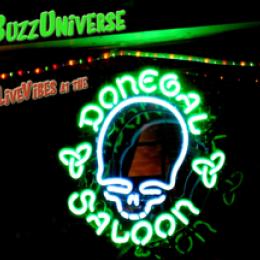 BuzzUniverse - LiveVibes at the Donegal Saloon CD
$12.00
Add to cart