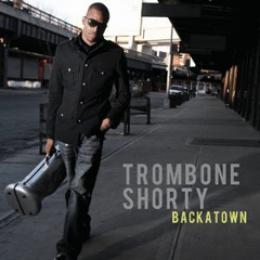 In 2010 alone, 24-year-old New Orleans singer / songwriter / multi-instrumentalist and all-around musical powerhouse Troy "Trombone Shorty" Andrews has signed with Verve Forecast Records and performed on Good Morning America and ESPN's SportsCenter in the run-up to the Super Bowl. He has seen recordings he contributed to earn a Grammy(r) award (Buckwheat Zydeco's "Lay Your Burden Down") and an Oscar(r) nomination (Dr. John's "Down In New Orleans" from the hit Disney film 'The Princess and the Frog'). He has taped two appearances - as himself - for the upcoming HBO series 'Treme' from 'The Wire' creator David Simon, and played with his band Orleans Avenue as honored guests on Saints owner Tom Benson's float in a victorious post-Super Bowl Mardi Gras parade.

'Backatown,' an explosive, homegrown combination of funk, rock, R&B and hip-hop he calls "Supafunkrock." The album was produced by fellow New Orleanian Ben Ellman of Galactic and features fourteen songs, all but one of them written or co-written by Andrews. Guests on the album include Lenny Kravitz, Marc Broussard and Allen Toussaint, who contributes piano to a take on his own composition "On Your Way Down," the album's lone cover.

'Backatown' is a local term for an area of New Orleans that includes the historic Treme neighborhood - or 6th Ward - from which Trombone Shorty hails. Home to Congo Square, birthplace of Louis Armstrong, it has been called "the most musical neighborhood in America's most musical city." A virtuoso prodigy trombonist, brilliant trumpet player, and soulful, charismatic singer, Shorty has been performing with some members of Orleans Avenue - which includes Dwayne "Big D" Williams (percussion), Mike Ballard (bass), Joey Peebles (drums), Pete Murano (guitar) and Dan Oestreicher (baritone sax) - since childhood. The group taps into these roots to create a streetwise, gritty sound all its own on 'Backatown.'

Shorty, who possesses "the presence of a rock star" (NY Times) and has built his reputation on "blistering, bold, exuberant and cutting edge" (USA Today) live performances, is currently on tour with Orleans Avenue, and has already confirmed several major 2010 festival appearances, including one of the prestigious closing sets at Jazzfest, a triumphant return to Bonnaroo, a debut performance at the Hollywood Bowl for the Playboy Jazz Festival, and more.

Though 2010 promises to be Trombone Shorty's breakout year, he's no stranger to the spotlight. In 2005, at age 19, he toured the world as a member of Lenny Kravitz's band ("Shorty's a genius," says Kravitz, "he plays his ass off and he's a beautiful human being"). In 2006, he joined U2 and Green Day for a rousing performance to reopen the Superdome after Hurricane Katrina ("We were just mesmerized by him," U2's The Edge said after an earlier encounter with Andrews' live show). And in 2008, he performed at the NBA All-Star Game with Harry Connick Jr., Kermit Ruffins and Branford Marsalis. 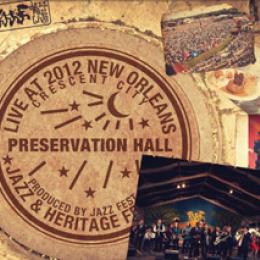 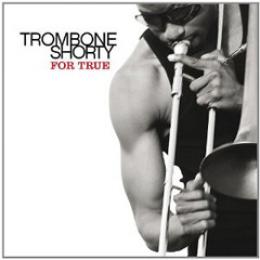 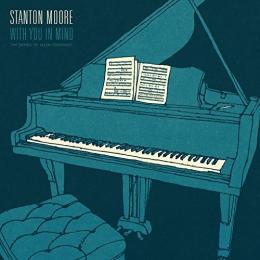