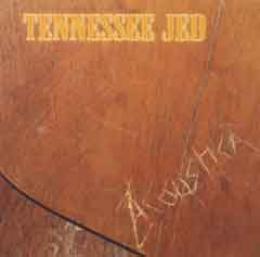 $12.00
Start with a strong dose of lyrical singer-songwriter acoustic folk. Add a helping of catchy hooks mixed with modern rock arrangements and searing, soulful vocals. Then package everything in a hot-rod Americana string band format featuring some of the Southeast's finest bluegrass pickers and rockers. The finished product is Tennessee Jed.

Jed has given his life to his music, and his songs reveal the passion of his experience. In a world where popular music is often lacking in musical depth, tone, and complexity, traditional folk music remains largely overlooked due to its lack of emphasis on strong vocal hooks and modern lyrics and arrangements. Tennessee Jed strives to build a bridge between these extremes, exposing the public to the richness of acoustic music, while also presenting a pop mentality that makes the music more accessible to the mainstream public.