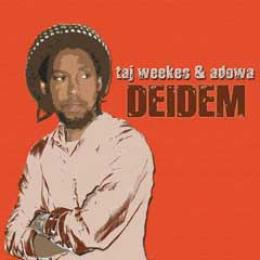 $12.00
Taj Weekes' music is more than just entertainment. The St. Lucia born, bred and based roots reggae artist's music stirs thought, provokes discussion and inspires people to think for themselves, free from the constraints of the corporate media. On his beautiful new album DEIDEM, released on his own independent label, Jatta Records, Weekes sings assuredly and soulfully for the voiceless and the oppressed, taking his music to a new level of commitment and universal appeal.

Working quickly and with the confidence that came from his recording and performing experience, Weekes has now emerged with DEIDEM (meaning "All Of Us"), a meditation on confronting the fragmentation of the world and the search to give everyone a voice in it. Weekes exclaims, "Whether it's Darfur, the Middle East, global warming...there's something going on in every part of the world and we're trying to bring it all together on one album. No one is talking to each other; the album is designed to create conversation where people can come together." Tracks like "Orphans Cry," with its lilting and classic reggae feel, depicts the suffering and isolation of lost children, making it vivid and real, no longer an abstraction on the television set or newspaper. "Since Cain," with its Biblical reference to the first act of violence, laments the endless cycle of brutality while asking what it will take for it to end. "Dark Clouds" warns with an almost Biblical sense of foreboding of the cost of the degradation of the environment. The music matches the lyrics in intensity, painting an aural portrait of a world that is burning.

For those who have been disadvantaged, abandoned or just alienated by a power structure that values profit over people and fear over hope, Taj Weekes and his new album DEIDEM speaks for them in its refusal to forget those left out of the new "global economy" and in his continued belief in what is possible through authentic music and real communication.

Taj calls the band Adowa, in tribute to his Ethiopian grandfather and to an 1896 battle in which Ethiopian Emperor Menelik II thwarted off Italian invaders, a milestone in Rastafari history. 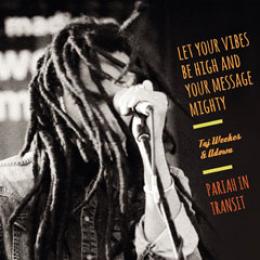