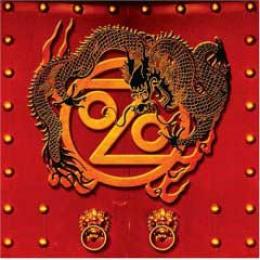 $17.99
With multiple laurels under their belts - including two Grammy awards, a Latin Grammy (and multiple nominations), two Billboard Latin awards and an Alma award, countless film, TV, commercial and game placements, and national tours with the likes of Santana, the Dave Matthews Band, Los Lonely Boys, Lenny Kravitz and many others - Ozomatli ventured into new terrain: a community art space in the heart of their hometown.

"We did an art installation at Tropico de Nopal, a gallery near Macarthur Park in L.A.," recalls bassist-vocalist Wil-Dog Abers. "We stayed there for two weeks, writing; each member had a corner of the room, which we decorated ourselves. Visitors came in and each of us got a chance to show how we create music, individually and collectively. That environment gave birth to these songs. I think we created our most cohesive album yet." Percussionist Jiro Yamaguchi adds, "There were no rules or definitions. We were in the midst of forming the seeds of these songs. I was pretty confused at first, and other people felt that way as well, but it came out really cool."

Don't Mess With The Dragon reflects the creativity of the art installation, and carried into the studio with producer KC Porter. Ozo rocks the dance floor with jams like "Here We Go" and "Creo," as well as the funk of "Magnolia Soul" (a celebration of New Orleans spirit in the wake of Katrina) and the title track's Chinatown-meets-the-Dirty-South vibe. But the disc also features the moving Spanish-language ballad "Violeta" (about the mortal thoughts of a soldier in Iraq), the '80s-inflected rock-ska of "When I Close My Eyes" and much more.

It's also a tour of L.A.'s diverse and rich international character. "Los Angeles is a microcosm of the world," Jiro proclaims. "You can drive through this city and hear music and experience cultures from all over the world. That's who we are."