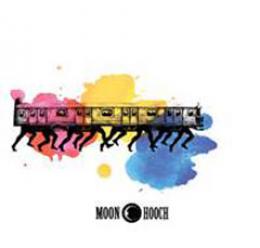 $14.98
The reaction is instantaneous. It doesn't even matter when they're the opening actno one in the room has heard before -- as soon as Moon Hooch starts playing, it's asif the room becomes a living, surging, pulsing thing. They call it 'cave music': likehouse music, but more primitive and jagged and raw. But there are no DJs or laptopshere -- just one drum kit and two saxophones.

Moon Hooch -- saxophonists Mike Wilbur and Wenzl McGowen, and drummerJames Muschler -- met while all three were students at The New School for Jazz andContemporary Music in New York City. They found in each other a similar drive towork harder, practice more than anyone else, and put in eight hours a day in theschool's rehearsal rooms on top of their coursework.

They played their first 'gig' busking in front of the Metropolitan Museum of Artbefore moving on to the L train subway platform at Bedford Avenue in Brooklyninitiating the first of many impromptu underground raves. (They've since beenbanned from playing in the Bedford station by a weary NYPD. Fortunately, there areplenty of other, friendlier stations.)

The 'cave music' sound developed around an organic approach to playing electronicdance music. The looping, frenetic sax melodies and James's furious drumming arefierce and trance-like, as Mike and Wenzl rock back and forth, pushing and pullingeach other from across the stage. Sometimes Wenzl switches over to a contrabassclarinet, or inserts a long cardboard tube into the bell of his sax to create the deep,throbbing whomp of a dubstep bassline. It's manic, and thrilling, and perhaps a littlebit evil.

They recorded their self-titled debut album at The Bunker Studio in Brooklyn in thespace of one 24-hour period in June 2011. Their fanatical rehearsal regimen andhours-long busking sessions had prepared them well; most of the 13 songs wererecorded in a single take. Previously only available direct from the band at a gig inaddiion to their relentless busking in the NYC subways, the band has toured Americaextensively opening for the likes of Mike Doughty of Soul Coughing, Galactic, Lotus,and They Might Be Giants - Moon Hooch's album will finally get wider distributionthis summer when it's re-released by Hornblow Recordings/Megaforce Records,with a new song added for good measure.

Moon Hooch has a mission statement: 'As a band, we strive to use the universalpower of music to inspire connection between people, to influence a sustainableculture in which basic human needs are met, and to contribute to the organificationof all aspects of our lives.' And every night, it's the same story: they take the stageto a few hundred people who might have no idea what they're in for, and leave thestage to the roar of a few hundred people who are going to tell all their friends thenext day, 'Dude, I saw something incredible last night.' 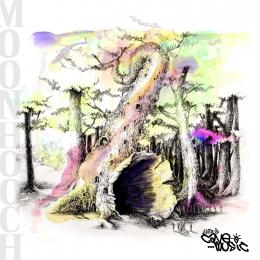