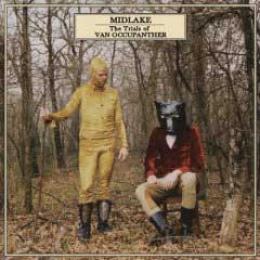 $14.00
Though The Trials of Van Occupanther came out in 2006, you'll feel more like its 1976 while your ears dig the pleasant sounds of this upbeat, amicable album. It just came out that way for Midlake, led by songwriter Tim Smith's adoration for the sounds of 70's rock. You'll hear a hundred influences in Midlake's music, but by the time you get to the end of this disc you'll simply know Midlake by their own style.

Their critically acclaimed debut, Bamnan & Silvercork, hinted at an eclectic fusion of smooth vocal harmonies, organic recording, and natural instrumentation, with keyboard-heavy tunes and a relaxed, almost narcotic style. On this disc, they're still plenty relaxed, but the band's sound has morphed into a collective mindset. The immensely catchy album-opener "Roscoe" puts most of the songs on Bamnan to shame with its tightly constructed harmonies and perfect playing. It's not hard to imagine this song, and other gems like "Head Home," "Young Bride," and "We Gathered In Spring," fuzzily emanating from a turntable or AM radio with a shag carpet nearby.

The telltale keyboard sojourns that defined Bamnan are scaled back to accomadate a more developed, tight-knit band sound full of piano and guitars. One moment, the vocal harmonies are inexplicably satisfying your cortex with a familiar smooth sound, and the next you're enraptured by a simple storytelling song with vivid imagery. The Trials of Van Occupanther is as timeless and thoughtful an album as we've seen in the new millenium. 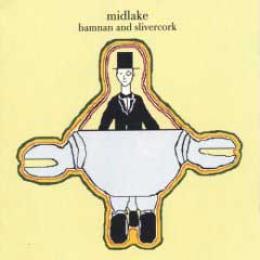