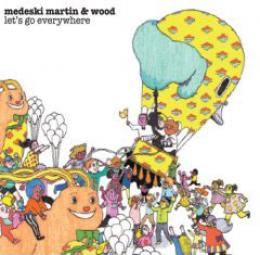 $15.99
When John Medeski, Chris Wood and Billy Martin go into the studio to record any new album, they're never sure what will emerge. It was no different when the trio gathered in an upstate New York studio last year with a few concepts, a few musical ideas and a few friends to create Let's Go Everywhere, the first recording designed to please their youngest fans.

The group settled on the idea of a journey, of travel both literal and figurative. It proved to be a motivating concept. "But we didn't have much going in," says Wood. "It was a thread we followed as we improvised, composed and worked through each piece on the spot. We call it spontaneous composition." Martin agrees that "we really had very little figured out. Maybe a few ideas about a beat or a nursery rhyme we liked, but we went into the studio not knowing what would happen."

Then the fun part began. Wood and Martin enlisted vocals from their children Nissa and Dakota. In the perfect party song, the band gets into a funky groove that stops suddenly, prompting enthusiastic young voices to shout "Where's the Music?" and the music to start up again. "We got that idea from our kids love of musical chairs," explains Wood. As the party continued, the trio brought in other friends to add to the musical journey.

All three band members see Let's Go Everywhere as an opportunity to play music they like without talking down to kids. "Kids are really quick," Medeski says. "We don't need to treat them like idiots." Wood agrees that "kids are like sponges. We like to introduce our own kids to a huge range of music, and they love all kinds of sounds." Martin calls this album "one of my favorite records, one of the best we've ever done" and says it brought the band members closer together then ever. "It really sparked a new direction for us in many ways," Martin relates.

What are you waiting for, music lovers? LET'S GO EVERYWHERE! 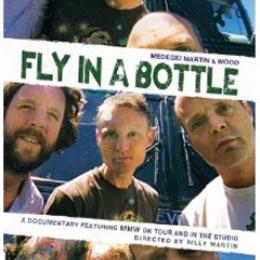 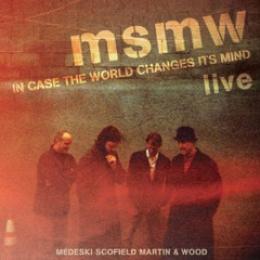 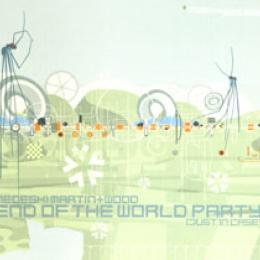 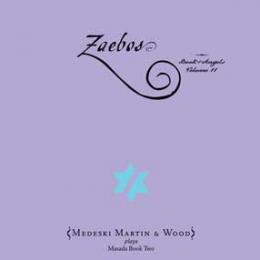