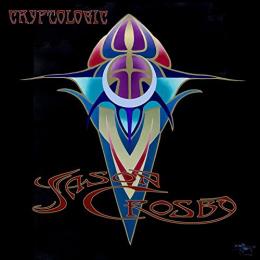 After nearly three decades as one of music's most in-demand sidemen, Jason Crosby releases his solo album, Cryptologic. Split essentially into two halves, one in which Crosby plays nearly every instrument himself, and another in which he's backed by Golden State stalwarts The Mother Hips, the record showcases both Crosby's instrumental prowess and his unflinching honesty as a lyricist and singer.

Richly cinematic and enchantingly playful, Cryptologic was recorded in two whirlwind sessions with producer/engineer Karl Derfler (Tom Waits, Dave Matthews). The first, conducted in the spring of 2016, featured Crosby playing roughly a dozen different instruments, deliberately crafting each song from the ground up by himself with an ambient, compellingly visual quality. The second session, a more raw and reckless affair that went down just a few months later, tapped into the wild and collaborative spirit of rock and roll that's always flowed through Crosby's veins, as he captured a new batch of songs (co-written with Tim Bluhm) live in the studio.

If Crosby's name isn't immediately familiar, his keyboard/violin/guitar playing most likely is. The multi-instrumental virtuoso has toured and recorded with a who's who of legendary artists, including Eric Clapton, Carlos Santana, Pete Seeger, Dave Matthews, The Blind Boys of Alabama, Robert Randolph, and Susan Tedeschi among others. He's played on over 40 albums, graced the stages of the world's biggest festivals, and appeared on television everywhere from The Tonight Show and Austin City Limits to Jools Holland and the GRAMMY Awards. Upon relocating from NYC to California, he took up gigs with Jackie Greene, The Mother Hips, John McLaughlin and Jimmy Herring, and Grateful Dead icons Phil Lesh and Bob Weir, and he soon discovered an audience hungry for his own original material.

It was in California that Crosby met Blue Rose Music founder Joe Poletto, and their instant connection felt like a sign from the universe that the time had arrived to take the plunge and record his long-awaited solo CD.

"I'm extremely happy and proud to have had this opportunity to release Cryptologic with Blue Rose Music," says Crosby. "Joe Poletto has been a guiding force since moving to California, and it's been an honor to be selected by him and the Blue Rose Music team to be a part of their music collective foundation." 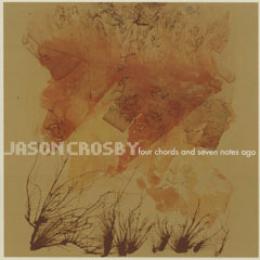