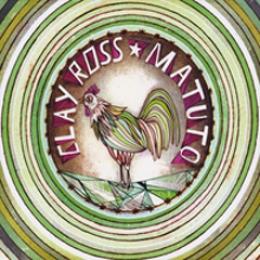 $12.00
Read the review of this CD on Home Grown Music.net

Matuto (ma-two-toe) is Brazilian slang for country bumpkin.  Imagine the sound of a Brazilian Carnaval in the Appalachian Mountains.  A sound where exotic percussion instruments rumble beneath blues drenched vocals, Telecaster twangs, and folksy fiddle tunes.  Now, imagine these sounds in the hands of some of NYC's finest young improvisers as they light up club and festival stages world wide.

On his Ropeadope debut, Matuto, Clay Ross offers us a peek into his diverse and dynamic musical world.  Composer, singer-songwriter, and producer, this South Carolina native has become an in-demand guitarist on the NYC jazz, world, and roots music scenes.  In the last four years, Ross has submerged himself in Brazilian music as a member of Cyro Baptista's world-renowned percussion ensemble "Beat the Donkey."  He has completed four international tours as a U.S. Jazz Ambassador and currently performs at bluegrass festivals across North America with rising folk star April Verch.

"Clay Ross demonstrated that not all Americans who have the will to be Brazilian are boring. His sound mixes the old west and the sertao in a stylized way, but it's all so much fun that it doesn't sound artificial." - Recife Rock (Rec Beat Festival in Recife, Brazil)

"Clay has a passionate, unique, and personal voice that awakens feelings in audiences." - Jazz Review